NEWPORT, Tenn. — As you step into the Cocke County Jail, it’s a stark contrast from the brisk winter weather. In a letter to county commissioners, Sheriff Armando Fontes said it “basically feels like a sauna.”

Our cameras fogged up from the humidity the second we stepped inside. In one cell, there were sixteen women in a room meant for eight. Water droplets were slowly falling from the ceiling, creating small puddles among the ripped paint.

“We are grossly overcrowded and under staffed,” Fontes said. “This is a serious risk of safety, and a serious liability for the county.”

Fontes wants to focus on rehabilitation for the inmates who want to turn their lives around. But with the jail consistently over-capacity and understaffed, it’s an impossible task.

“Sitting in a jail does not change a person and does not help an individual to become a productive member of society,” Fontes told 10News. “In order to rehabilitate people, you've got to be able to segregate people appropriately and have an area to provide resources.”

The facility housing the female inmates, located above the Cocke County Courthouse, was constructed in 1930. The Jail Annex across the street, which houses the male inmates, was converted in 1992.

In total, there is enough room for 140 inmates. As of Wednesday afternoon, there were 210. Inmates in both facilities were sleeping on the floor.

Inmate Steven Edwards, who said he has been coming to the jail for years, described the conditions as “nasty.”

A look inside the Cocke County Jail 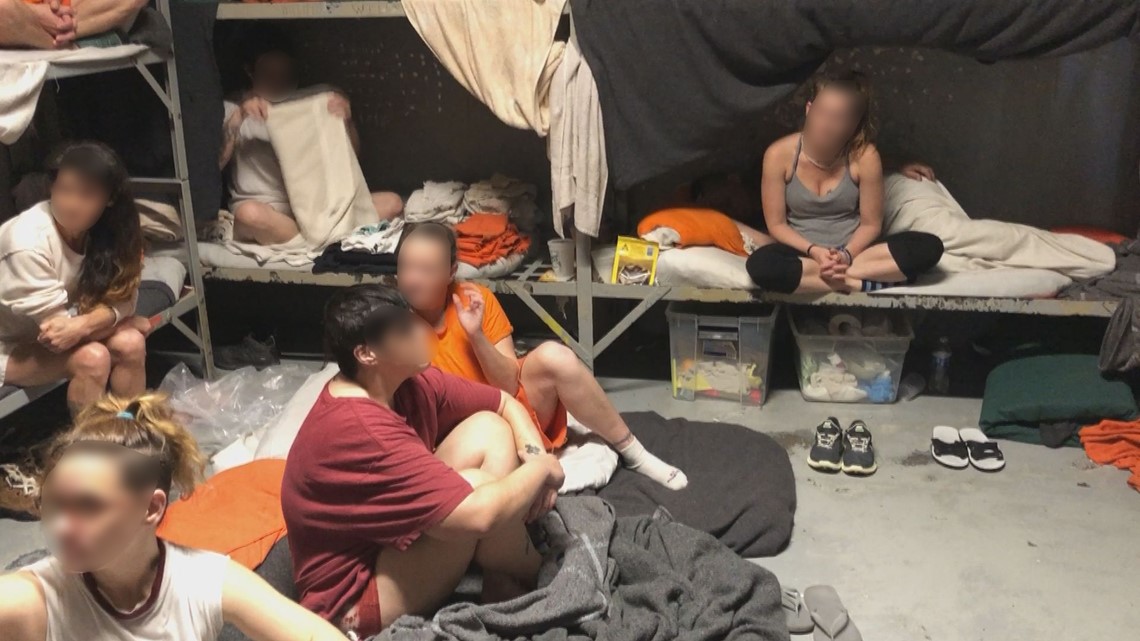 “The showers, they’re all messed up. The bunk where I’m at, I’ll have to move somewhere when it rains because it leaks like crazy,” Edwards said. “It’s nasty… There’s no sense that anybody should have to live like this.”

Both facilities are over capacity and facing structural problems.

“There's leaky roofs, there's inadequate clothing,” commissioner Forest Clevenger said. “There's really nothing we can do about it until we come together as a community and decide to build a new jail.”

For the past 15 years, local leaders have explored funding options and proposals for building a new jail. While the commission has been hesitant to make any decisions, Commissioner Clevenger said that is changing.

“We’ve got 10 new county commissioners and we’ve been addressing this since day one,” Clevenger said. “We’ve got to the point where we know where we’re going to build it, we know about how much we can spend, but the problem is how are we going to fund it?”

As soon as we stepped inside this cell, our camera lens fogged up from the humidity.
Grace King

Clevenger said there have been discussions about a wheel tax or further increasing property taxes. He said a new jail is required to comply with state mandates.

“These are human beings and they should be treated like human beings,” Clevenger said. “We're obligated by the laws of this country and laws of the state to provide adequate shelter for these people and we are not doing it.”

Sheriff Armando Fontes struggles with that realization daily. He said he and his staff are constantly working to improve what they can by making repairs and replacing necessities like sleeping mats.

He started a program where inmates could work at a plant five days a week, but had to shut that down due to contraband issues. He started a GED program and a ministry group.

But not being able to separate the inmates who want to change their lives from those who don’t is problematic, he said.

RELATED: 'It's been years in the making' | Monroe County opens new justice center