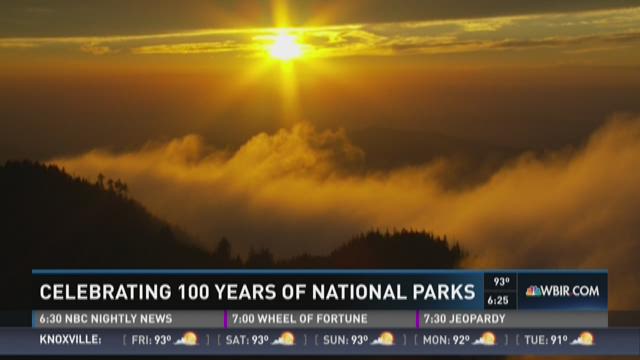 Think about the number of minutes, hours, experiences that make up 100 years.

There are many, but a special few are profound, they define who we are and some deserve celebrating.

10News anchor Abby Ham got the chance to hike Mount LeConte for the ultimate tribute to one local woman and her friend, who literally blazed a trail for women to come.

Every breath, every bead of sweat has meaning. Every step is closer to the top of Mount LeConte where a big celebration and a beautiful reward await.

However, to get to the top, you have to start at the bottom. The hike up the Rainbow Falls trail is a steep and rocky 6.6 miles.

For Mary Pom Claiborne and her sister Olwen Claiborne, this climb is personal. Their grandmother, Mary Pomeroy Graves, nicknamed Maisy, and her friend Mollie Kimball were the first documented women to climb this mountain 100 years ago.

“Apparently at the time there were no trails, so they were bushwhacking and we have a newspaper article from the Knoxville News Sentinel that tells of them spending the night under a rock on a rainy night,” Olwen Claiborne said.

In their honor, Mary Pom brought together her sister and more than 30 other strong women to hike the same path.

“I love these women. They are so powerful, so strong and they would have been with Maisy back in 1916 too!” Mary Pom Claiborne said.

“It's our heritage, it's our family, it's the heartbeat. It's where my dad lived and grew up. We have pictures of all seasons at the top of the mountain,” Matthews said.

Her family photos are scattered about the lodge.

“There's a story of my grandfather bringing his mother up to the top of the mountain to see and she was not very well physically. He took a cane bottom chair and put leather straps on it and put it on his back and carried her up the mountain,” Matthews said.

Every time one of the women in this group made it to the top, cheers echoed on the mountain top, as did encouragement and satisfaction. Moments Mary Pom imagines Maisy and Mollie would be proud of. After the party it was as if God granted all of these women a gift, the parting of the clouds for a view like none other.

“I think 'The mountains are calling and I must go' is a very, very profound statement,” says Olwen Claiborne.

1 / 13
Sisters climb Mount LeConte in honor of their great-grandmother.