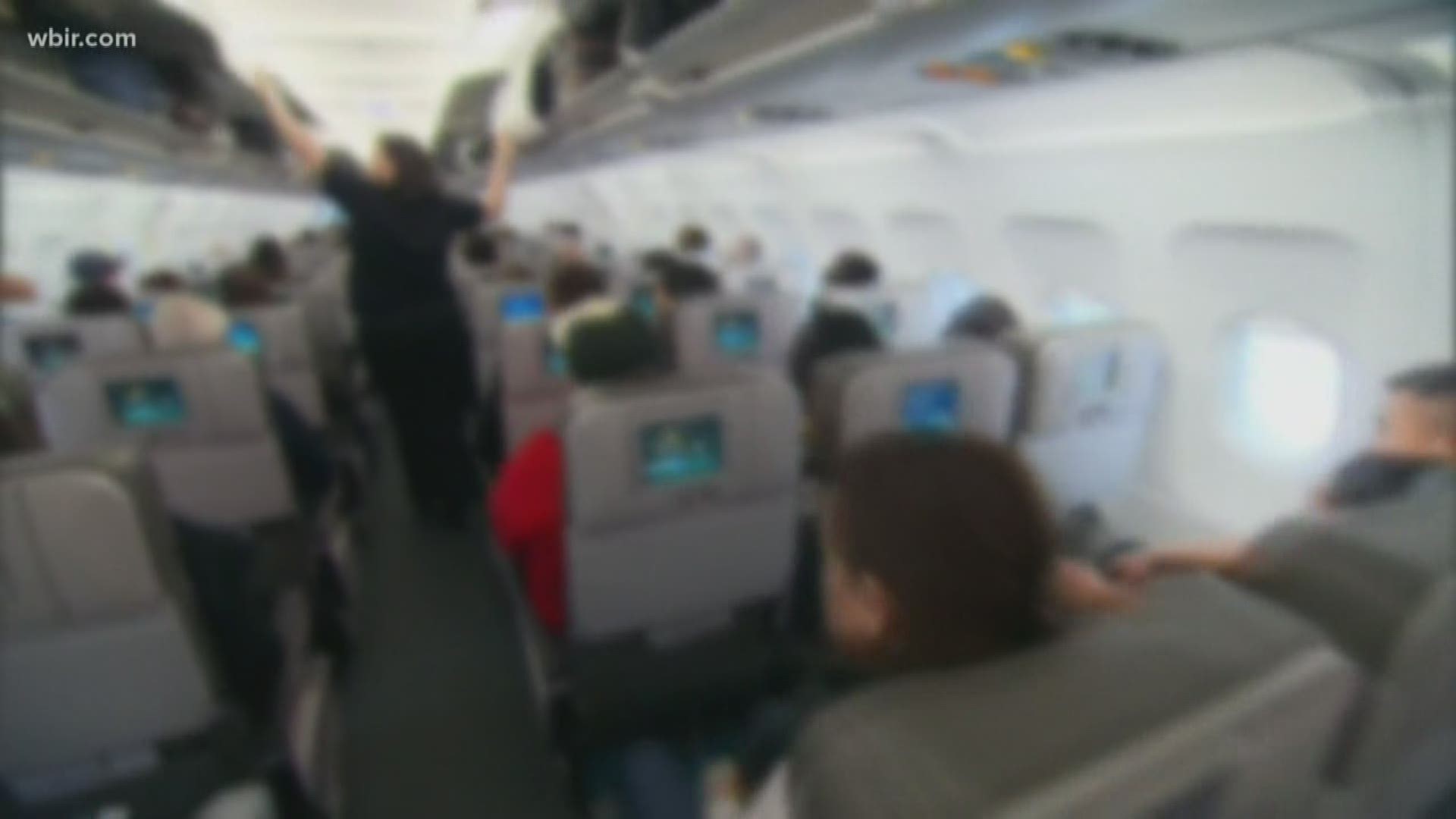 KNOXVILLE, Tenn. — Six people were treated for injuries after an American Airlines flight from Charlotte to Knoxville experienced heavy turbulence.

A passenger who was on the flight said there was no warning.

An FAA spokesperson said the impacted passengers were on PSA Airlines flight 5634 which landed at McGhee Tyson Airport (TYS) at 1 a.m. Friday morning. PSA is a regional airline owned by American.

According to the airport's incident report, two TYS officers and an American Medical Response crew responded to a report of "multiple injuries" on the plane. A total of six passengers were taken to the hospital for treatment.

A woman on the plane who didn't want to be identified told 10News the trouble hit about 15 minutes out from landing in Knoxville. She said people were wearing their seat belts, but many hit the overhead compartment anyway.

She also said two flight attendants were not belted in and were injured. One hit her head on the roof of the plane and was knocked unconscious. The other was at the front of the plane and broke both her ankles.

The woman said she was not injured other than bruising around her hips from the seat belt. She said on a scale of one to ten on the amount of turbulence, she'd call it a 15.

She said the pilots said over the intercom to turn the air on high and to "hold on, hold on."

The injured included "one family and two other passengers" according to the report.

Both pilots told the officers that the seat belt signs were on when they encountered the turbulence.