KPD said the pilot ran out of gas and landed on the interstate. No one was injured. 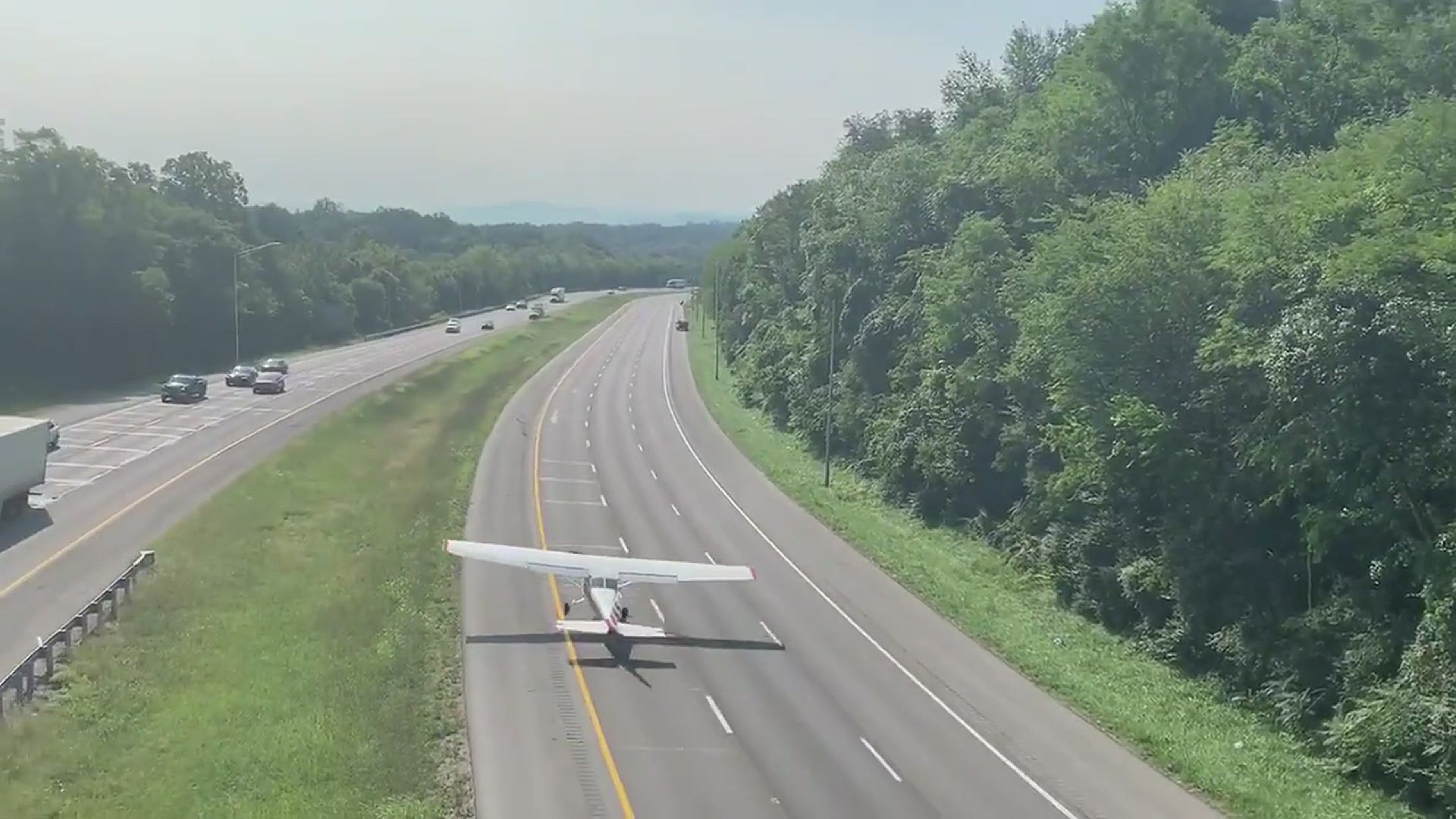 KNOXVILLE, Tenn — A small plane made an emergency landing on I-640 after it ran out of gas, according to Knoxville Police. It took off safely after refueling less about an hour later.

The Cessna 172 with a pilot and two passengers on board took off from Sky Ranch Airport near Alcoa Highway and was on the way to Island Home Airport in South Knoxville when he realized he didn't have enough fuel to make it, according to Capt. D.J. Corcoran with the Knoxville Fire Dept.

The plane landed safely in the eastbound lanes of the interstate near Washington Pike around 10 a.m. No vehicles were hit when the plane came in for a landing and the plane was not damaged.

KPD Traffic Alert: A small plane made an emergency landing after running out of gas on I-640 East around Washington Pike. No injuries reported, no vehicles were hit and the plane is not damaged. Two lanes of eastbound traffic remain open on I-640. pic.twitter.com/IvH3oyDusI

Dispatchers told 10News they had no warning from air traffic control. All of their information was coming in from witnesses who saw the plane.

Not something you see every day, Cessna landing on 640 near Washington Pike, no injuries pic.twitter.com/LmGaelVjfa

Corcoran said a friend of the pilot brought fuel to the landing area and they were able to refuel the plane.

Authorities blocked the interstate, giving the pilot approximately 2,000 feet of space to safely take off. The plane was back in the air in just about an hour.

The plane has been refueled and is back in the air. All lanes of I-640 East are back open. pic.twitter.com/6XtXT7LNof