The elk population has tripled since the species was reintroduced to the Smokies in 2001. The Smoky Mountain Elk Fest raises money to help their habitat. 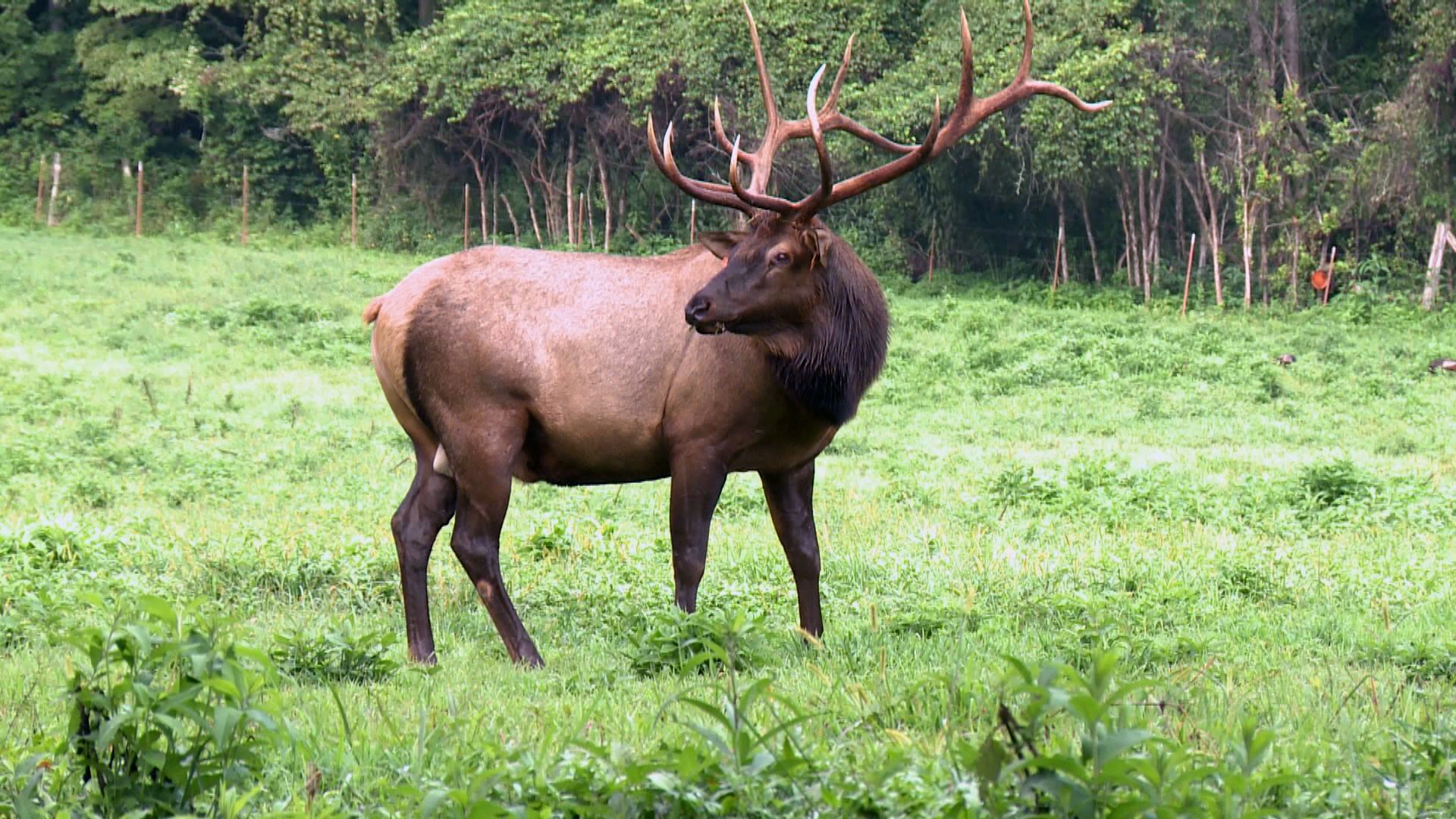 MAGGIE VALLEY, N.C. — Kim Delozier spent much of his career working with critters in the mountains as a biologist for the Great Smoky Mountains National Park.  One of his most ambitious projects was the reintroduction of elk in the Smokies in 2001.

"I think there was a lot of skepticism and people thought this project would not work. And here we are 20 years later and it's a success," said Delozier, who retired from the National Park Service and now works for the Rocky Mountain Elk Foundation (RMEF).

After nearly a couple of centuries without any elk in the Smokies, the initial herd consisted of 52 animals.  Since then, the population has roughly tripled.

"People want to know exactly how many elk we have and the honest answer is we don't know. It is hard to keep track of animals in the mountains. The general number is around 150 and the North Carolina Wildlife Commission is going to do a multi-year study to give us a better figure," said Delozier.

Credit: WBIR
A female elk grazes along a roadside near Oconaluftee in the Great Smoky Mountains National Park.

Whatever the population, the resurgent animals have bolstered their numbers and continue to expand their range.

"We do have issues with them either roaming into people's yards and eating apple trees or roaming into farm land," said Ashley Rice with the Haywood County Tourism Development Authority. "We need to make sure they have the habitat they need."

The first-ever Smoky Mountain Elk Fest in Maggie Valley aims to raise money for elk habitat.  The family event on September 14 costs $5 and features music, food, and programs on elk.

The funds will help purchase new land and maintain existing property for elk to thrive.

"One of the things elk need is clearings and forest openings," said Delozier. "It costs a lot of money to work in these mountains to have forest openings, be it through clearing an area, burning, or other methods.  We know if you create a habitat for elk with the right vegetation and food, they will use it.  You've heard the cliche, 'If you build it they will come.'  I think that's true."

The animals are doing more than growing their herds. They're growing the economy.

"Elk are now a huge part of tourism here. It is huge. People love to view the elk and send us photos constantly of what they experienced," said Rice. "People have been asking us for years to have an event like this [Smoky Mountain Elk Fest]."

Delozier said the animals have adapted to thrive in the mountains after an early adjustment period.

"When we first brought the elk here, the mothers were naive. They were not defensive or protective of their calves and a lot of them were killed by bears. They learned and now they are protective and that has helped," said Delozier.  "I used to think this was an elk project, but really I think it's a people project. People love to see large wild animals and elk fit that for them."