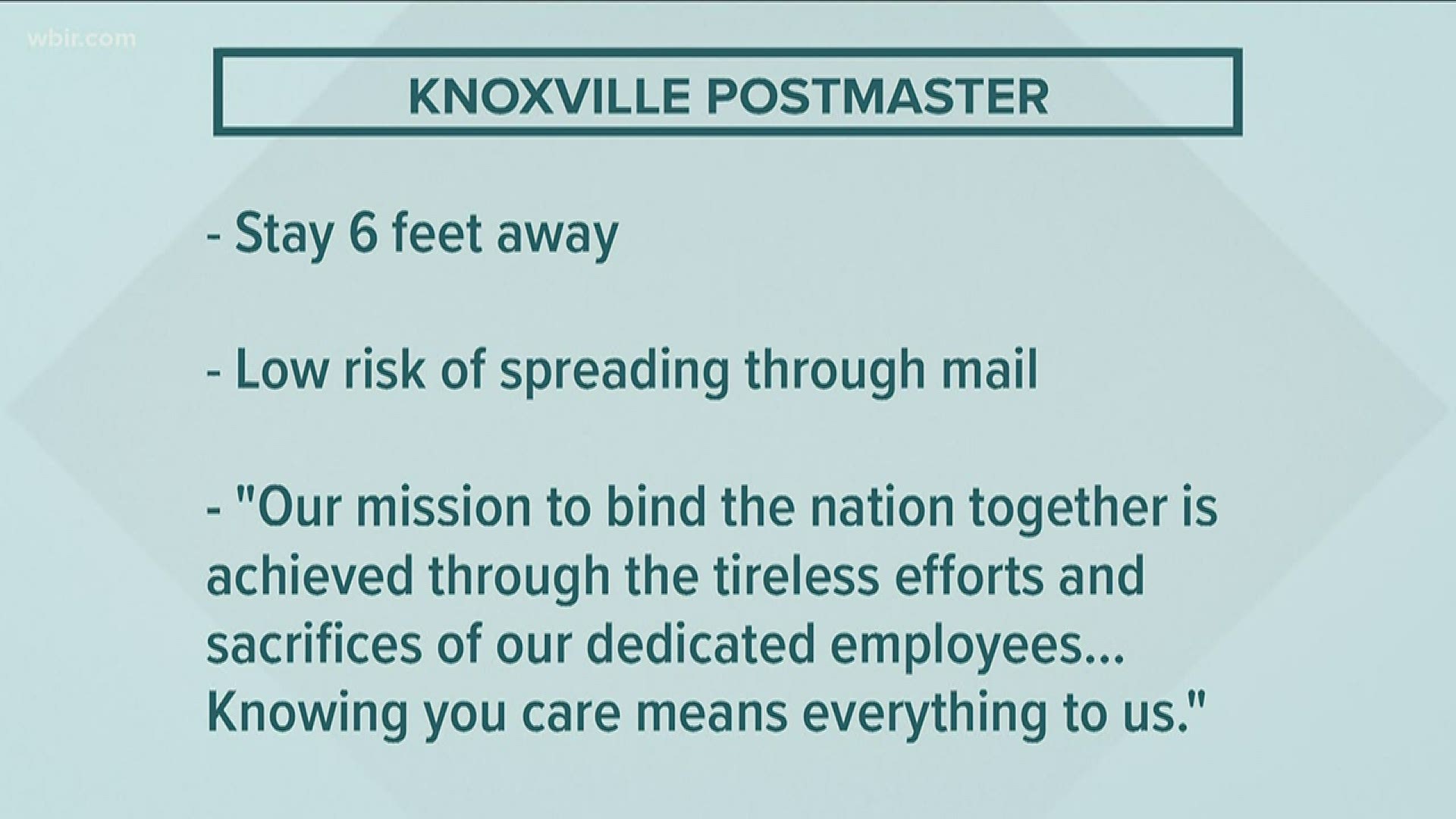 KNOXVILLE, Tennessee — Some Knoxville area post offices will no longer be open for Saturday window service. Others will see shortened hours during weekdays and on Saturdays, WBIR has learned.

The South Knoxville and Broadway postal centers, for example, will no longer be open Saturdays starting Aug. 22 for people who want to mail a package, buy stamps or money orders or use other window services.

Signs began appearing this week on the windows of various postal branches, including the Broadway shop at Washington Pike. It's billed as a cost-cutting move for an agency that's had chronic money problems.

Postal employees who asked not to be named for fear of reprisals said they learned about the new hours Wednesday. They said they fear the ramifications of the changes to their jobs.

WBIR reached out to USPS corporate communications in Kentucky. They did not address specific questions about window closures and time reductions.

"The United States Postal Service is developing a business plan to ensure that we will be financially stable and able to continue to provide dependable, affordable, safe and secure delivery of mail and packages to all Americans as a vital part of the nation's critical infrastructure," the statement from Susan W. Wright reads.

"The plan, which will be presented to the Board of Governors when it is finalized, will include new and creative ways to help us fulfill our mission, and will focus on the Postal Service’s strengths to maximize our prospects for long-term success.

"In addition to developing a broader business plan, the Postal Service is taking immediate steps to increase operational efficiency by re-emphasizing existing plans that have been designed to provide prompt and reliable service within current service standards. By running operations on time and on schedule, we will enhance our ability to be sustainable so that we can continue to provide high-quality, reasonably-priced service to all people and businesses in the country."

According to information obtained by WBIR, here are some of the changes that start Aug. 22:

New U.S. Postmaster Louis DeJoy took over in June. He previously managed a logistics company. According to NBC, he's been a top campaign donor to President Donald Trump.

Some Democratic U.S. House members have raised concerns about DeJoy's plans to cut costs at the Postal Service.

His USPS biography states: "As Postmaster General, DeJoy has committed to creating a long-term, viable operating model for the Postal Service that will ensure the organization can fulfill its public service mission while remaining self-sustaining."