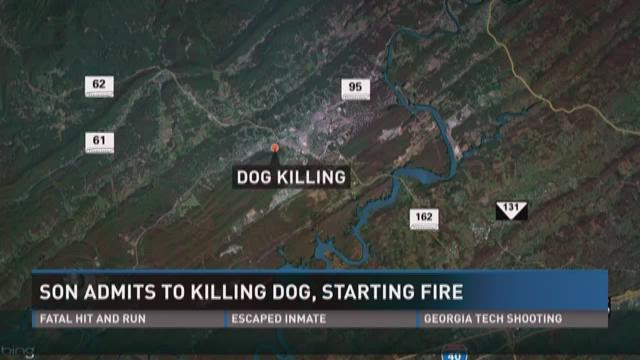 An Oak Ridge man is in jail after police say he broke into his father’s home, stabbed his dog to death and then set the living room on fire.

19-year-old Skyler Griffin admitted to entering the residence, beating and stabbing the dog to death and setting fire to various items on the living room floor before leaving. He is charged with Aggravated Arson, Aggravated Cruelty to Animals, and Vandalism. Griffin is being held at the Anderson County Detention Facility in Clinton on an $86,000 bond.

Oak Ridge Police responded to the incident around 5:40 am. On Friday. They say Griffin walked from his nearby residence to his father’s on the 200-block of Villanova Road to commit the act. His father later returned home to discover what had happened, and called police saying he suspected his son.