Fire trucks filled the cemetery to show support for the Corcoran family. 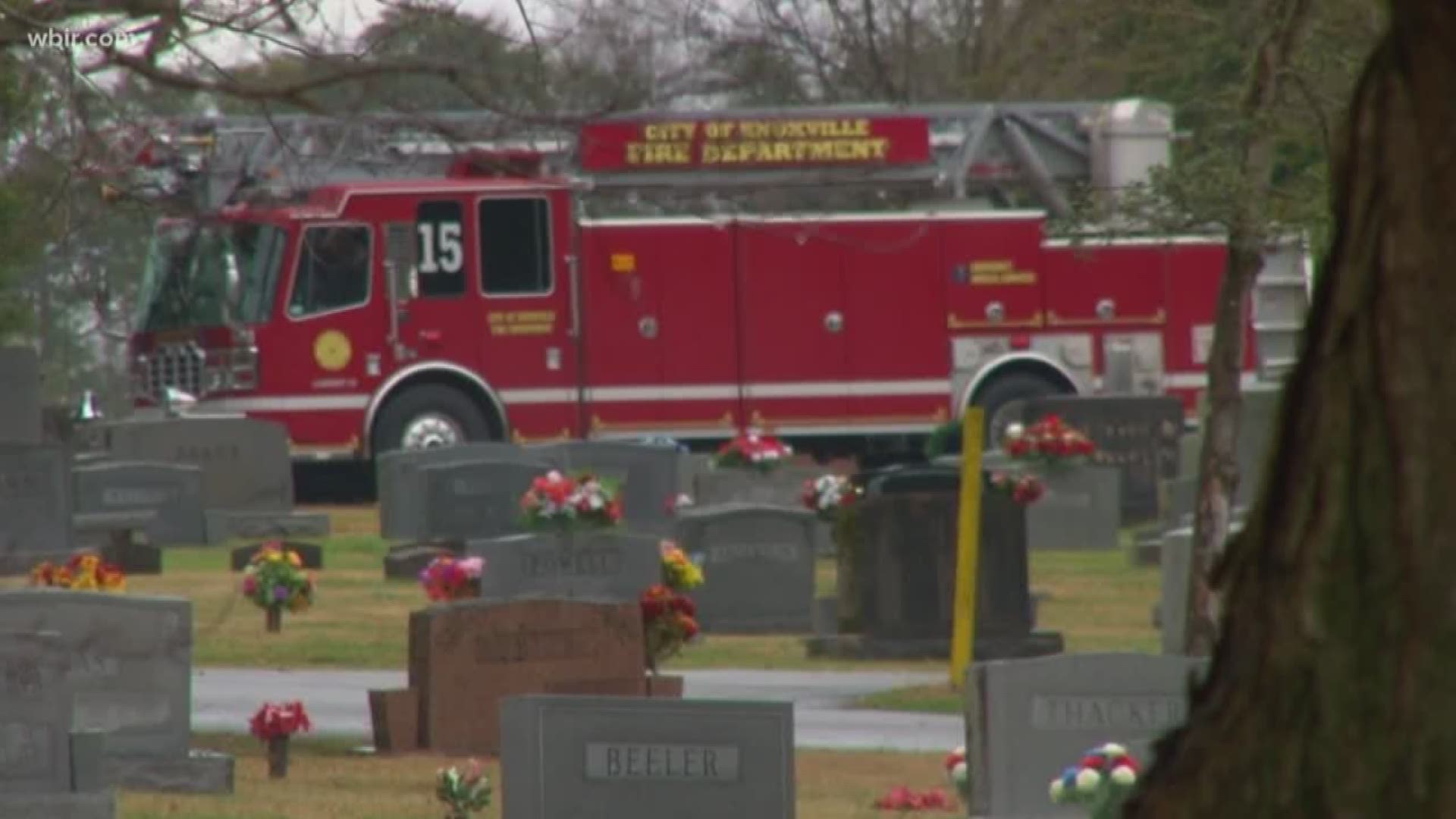 On a cold and rainy January afternoon, it was the sight and sound of firetrucks that perhaps provided some warmth and comfort to a family facing the unthinkable.

"Firefighters are a brotherhood and a sisterhood," said Mark Wilbanks, Assistant Chief with the Knoxville Fire Department. "When you reach out to somebody for help, you’ll get the help."

Firetrucks lined the cemetery as family and friends of Pierce Corcoran gathered to lay the 22-year-old to rest. Corcoran was killed in a car crash Saturday on Chapman Highway when a truck struck him head-on when it veered into oncoming traffic.

The news of Pierce's death spread throughout the state as firefighters from Knoxville to Memphis came together to help one of their own. When the crash happened on Saturday, DJ Corcoran was in Memphis. His firefighter family from across the state stepped in to help make sure he got home safe.

"Memphis Fire was able to get DJ picked up and they were able to transport him part of the way back to Nashville. Nashville Fire folks picked him up from there and brought him another distance back close to Cookeville. Then our folks picked him up and brought him the rest of the way home," said Wilbanks. "We would do that for any firefighter in the country, California to Maine."

As a line of firetrucks welcomed the Corcoran’s to the cemetery, a new battle begins. The Corcoran’s are now fighting to make sure no one else dies on the road that claimed their son’s life.

One man was charged with criminally negligent homicide in relation to the crash. Investigators said he steered into oncoming traffic to avoid a car when he should have steered into an empty lane beside him. He is due in court Wednesday.