Four years after his father, a KCSO veteran of more than 30 years, passed away -- a man is hoping to raise money to better protect K-9s in his honor. 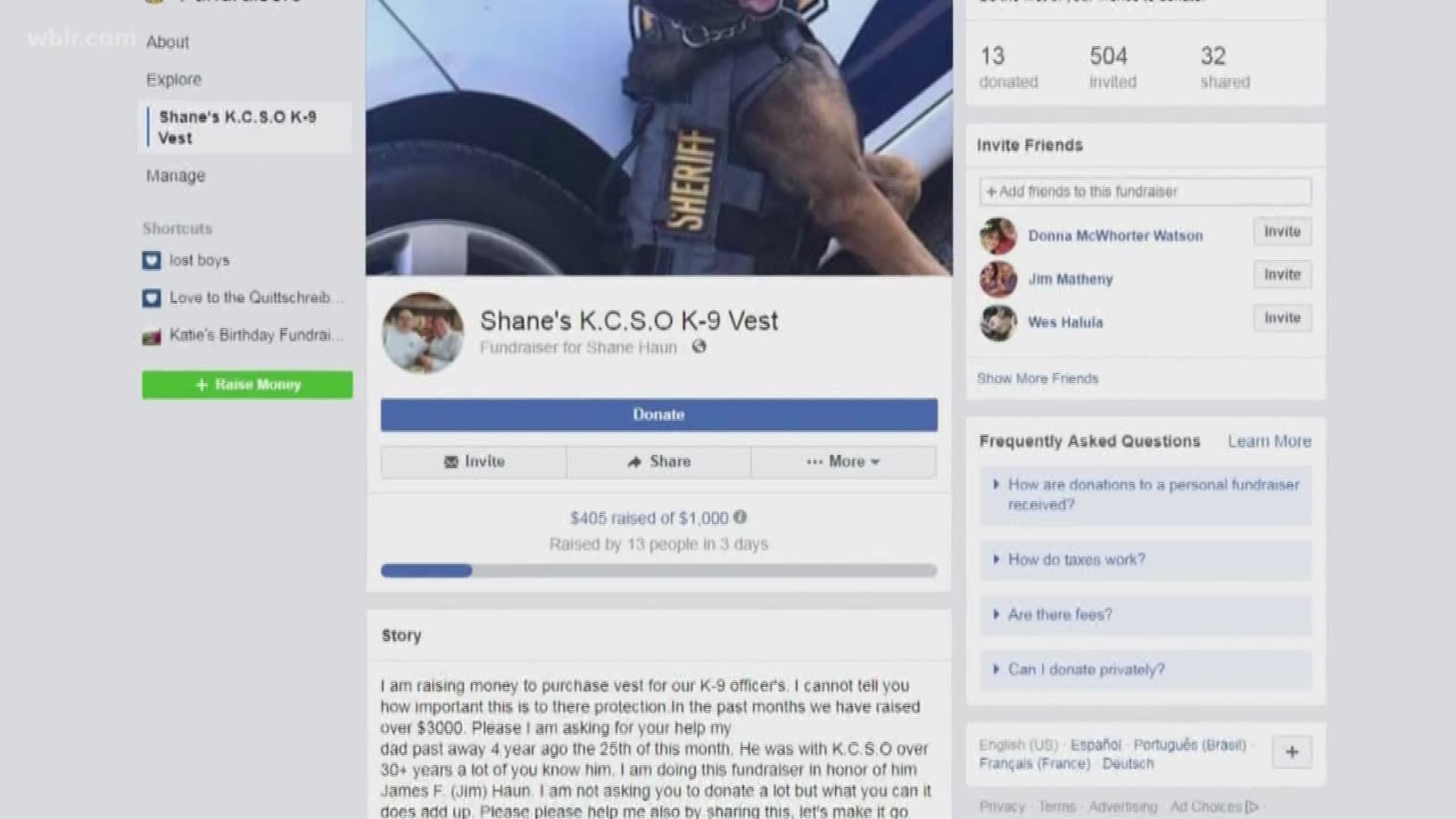 An East Tennessee man is raising money to purchase protective K-9 vests for the Knox County Sheriff's Office in memory of his father.

Shane Haun said he's raised $3,000 so far to pay for three vests. He's doing it in memory of his father Jim Haun, a KCSO veteran of more than 30 years who passed away four years ago.

Haun said the sheriff's office does not budget for the vests, so he wants to help them out.

"It gives me a sense of being closer to my dad since my dad is no longer with me. Just doing things, volunteer things, stuff like this just seems like my dad is with me," he said.

He said he's hoping to raise at least $1,000 more to pay for another vest. As of Monday evening, he's raised nearly half of that.

Shane's K.C.S.O K-9 Vest
I am raising money to purchase vest for our K-9 officer's. I cannot tell you how important this is to there protection.In the past months we have raised...