A new two-year study of trail networks in South Knoxville promises proof of its health and economic benefits just as this urban greenspace is primed to expand. 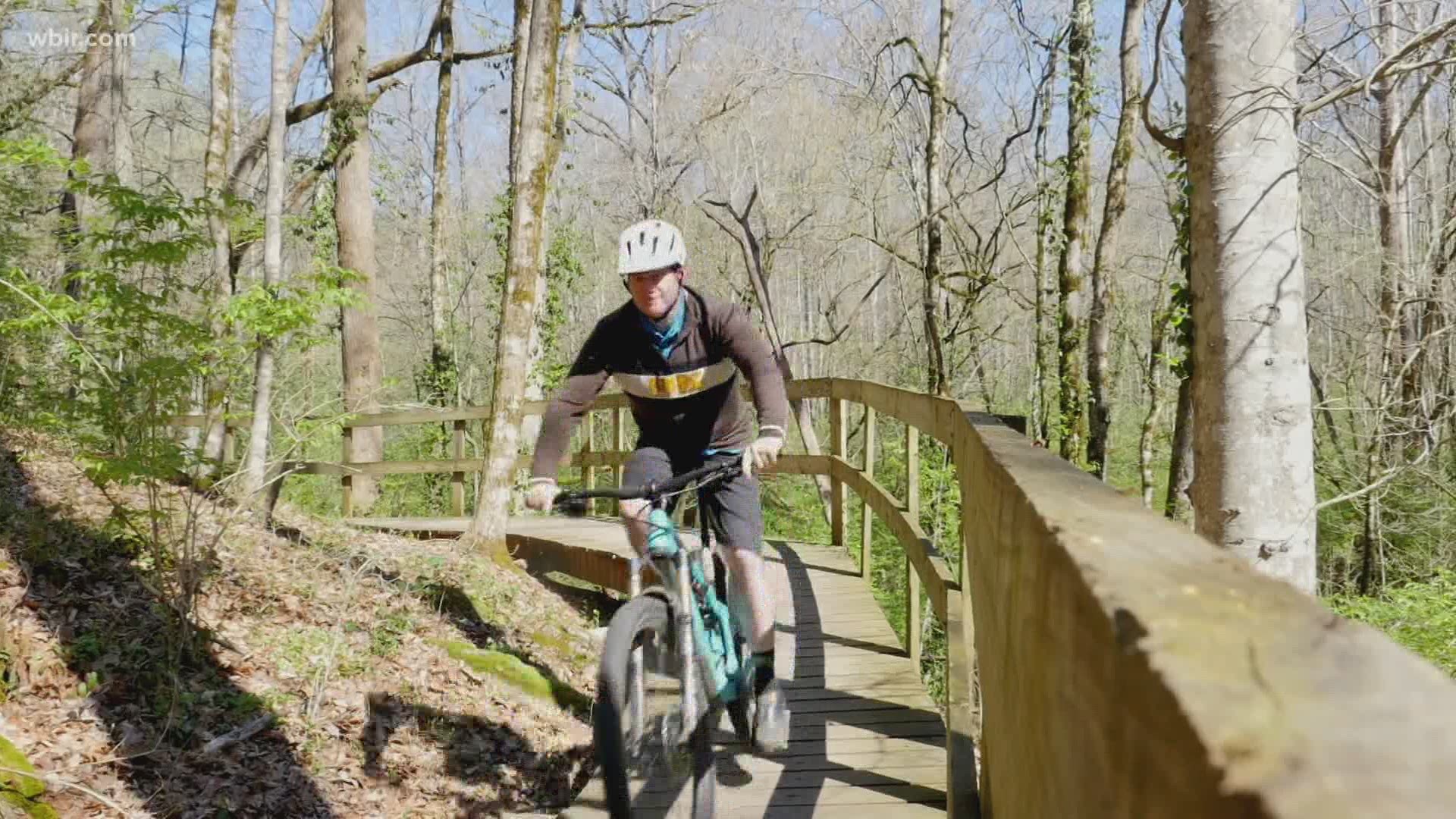 Become a land owner donor!  That is the campaign from the Appalachian Mountain Bike Club facing a fundraising deadline at the end of April to raise almost $40,000 to help expand William Hastie Park and grow Knoxville’s Urban Wilderness.

“This 27 acres that we have under contract is a huge deal for not just our club, but for the urban wilderness, because it's going to, it's going to grow Hastie park by about a third of its acreage,” explained AMBC President Matthew Kellogg.  The City of Knoxville pledged $100,000 for the effort and AMBC is working to raise at least $40,000 by April 28th to close the deal.

“It’s a one-of-a-kind urban gem.”  That’s a typical sentiment from a litany of “regulars” and “newbies” alike describing Knoxville’s Urban Wilderness.  The network of 50 miles of greenways and natural paths and greenspace sits roughly five to seven minutes from the heart of downtown Knoxville and offers hikers, bikers, swimmers, climbers, birders and other outdoor-chargers a place to plunge themselves into a natural play space that winds its way through neighborhoods and backyards across almost one-thousand acres in South Knoxville.

It was created almost a decade ago through a partnership that includes the city, county, and state in addition to non-profits like Legacy Parks Foundation, Appalachian Mountain Bike Club, and the Aslan Foundation.

On a recent Tuesday in April in the early afternoon one keen-eyed observer spotted 17 cars in the parking lot at Baker Creek Preserve and nine were from out of state.

“It's amazing, this has become a destination,” said Gene Fitzhugh who is an assistant professor of Kinesiology, Recreation and Sports Studies at the University of Tennessee. He is embarking on a two year comprehensive study of Knoxville’s Urban Wilderness to show:  who, how, when, why, and where people are using it.

“We're actually building on a 2015 report about how much money the urban wilderness is bringing into the Knoxville economy, we're going to be doing a lot more data collecting to be able to actually project the contribution of the economy coming from people using the urban wilderness,” explained Fitzhugh.  That earlier study showed the economic impact as a “local amenity” was more than $8 million dollars.  As a “regional destination” it could grow to $14.6 million dollars.  And as a “nation destination” it could grow to add more than $29 million dollars yearly to the Knoxville economy.  The top tourist draw in the city is Zoo Knoxville, credited by city leaders with pumping almost $30 million dollars into the local economy every year.

“Our pilot work shows that we average about 800 people a day here at Baker Creek using some sort of the trail. And we'll be figuring that out, or at least telling more getting more detailed information on that. But we were pleasantly surprised in our pilot work that a large proportion of minority people are using the trails and using Baker Creek,” explained Fitzhugh.

During the next 24 months he will lean on the help of more than two dozen students and almost a dozen trail counters to verify “usage” and offer science-backed evidence of the current and future impact of an urban greenspace like no other.

“We hope it's going to have and give direction for how the urban wilderness continues to develop across (South Knoxville),” said Fitzhugh.