Brantley agreed to plead guilty to two counts of willful failure to collect or pay over tax, one count of wire fraud, and one count of employment of unauthorized aliens in a plea agreement filed with the U.S. District Court in Greeneville on Thursday, Aug. 16. 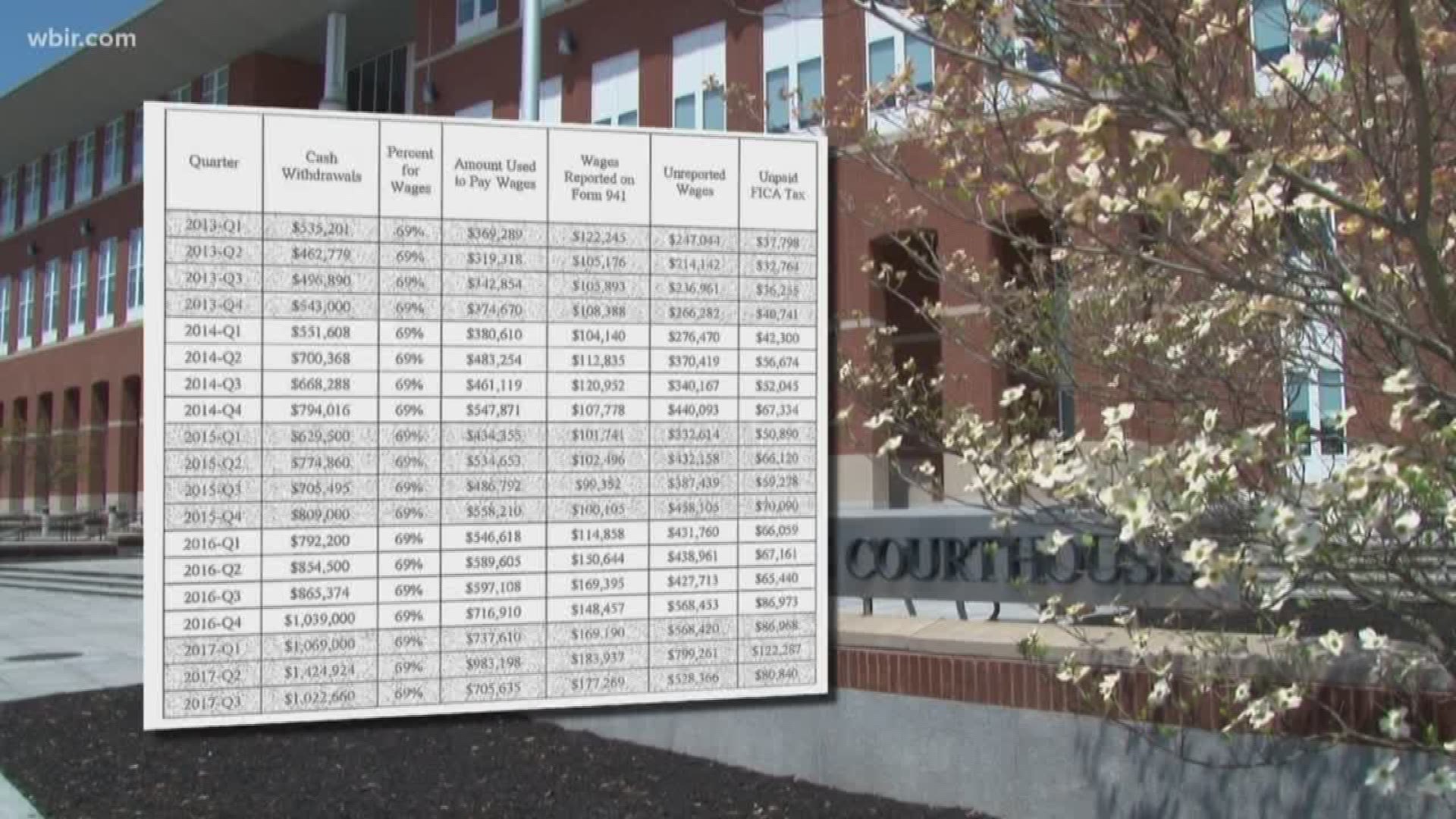 The owner of a Grainger County meatpacking plant agreed to plead guilty to charges for tax evasion, wire fraud and employing undocumented immigrants that stemmed from a federal immigration raid in April of this year.

A plea agreement filed Thursday details the methods Southeastern Provision owner James Brantley used to avoid paying nearly $1.3 million in taxes, hire at least 150 undocumented immigrants and withdraw a total of $25 million in cash to pay them in large weekly amounts from a local bank for several years.

10 of those employees were federally charged for questionable immigration status. According to the Tennessee Immigrant and Refugee Rights Coalition, 54 people were sent to an ICE detention facility at the time of the raid. As of Friday, the Coalition says six people are still detained by ICE.

Brantley agreed to plead guilty to two counts of willful failure to collect or pay over tax, one count of wire fraud, and one count of employment of unauthorized aliens in a plea agreement filed with the U.S. District Court in Greeneville on Thursday, Aug. 16.

Brantley, as the owner-operator of the slaughterhouse and meatpacking plant, "knowingly hired unauthorized aliens, or caused others within his employ to hire unauthorized aliens, to work as employees at Southeastern Provision," according to the agreement, beginning in 1988 and continuing on until the ICE raid on April 5, 2018.

Over the course of at least 10 years, Brantley withdrew approximately $25 million in cash from Southeastern Provision’s bank accounts at Citizens Bank in Morristown and Bean Station on a weekly basis, the agreement said. At first, the weekly withdrawals were relatively small, but soon increased to about $100,000.

Approximately 60 to 70 percent of that was used to pay wages to the undocumented immigrants the company had hired so as not to create any kind of paper trail or record, the agreement said.

Typically, those employees were paid at a rate of about $8 to $10 per hour. Many of those employees also worked overtime, but Brantley did not pay them “time and a half” for that overtime, which is required by the Fair Labor Standards Act.

Brantley had two managers hire undocumented immigrants to work at Southeastern Provision because he "knew he could reduce his expenses by doing so," beginning at least by 2013, the agreement said.

From then on, the document stated those managers hired undocumented immigrants to work as employees for the company.

Brantley reportedly hired a third manager more than 20 years ago who is an undocumented immigrant. This manager became a supervisor for the company about five to six years ago, the agreement said, and also hired employees for the company for at least the past five years.

From 2008 until the ICE raid in April 2018, at least 150 undocumented immigrants were hired as employees at Southeastern Provision. Brantley knew most of these employees were undocumented and hired or caused them to be hired in part because it.

Brantley knew this would reduce the company's expenses, such as taxes, unemployment insurance premiums and workers' compensation premiums, the agreement said.

Law enforcement carried out a search warrant at Southeastern Provision's location in Bean Station, Tennessee on April 5. While they did so, they found at least 104 undocumented immigrants working at the company. Of these employees, Brantley knew at least 60 of them were undocumented.

Brantley, though, reported the company only had 44 wage-earning employees to the Internal Revenue Service, or the IRS, that during the fourth quarter of 2017.

Brantley had a history of doing this since at least the first quarter of 2013. Prosecutors determined Brantley and Southeastern Provision underpaid FICA taxes by almost $1.3 million over the course of the past five years after seizing a computer during the execution of the search warrant that had a weekly payroll spreadsheet on it.

Brantley and those managers hired most of those undocumented immigrants without requiring them to provide documents proving their identities or authorization to work in the U.S. However, Brantley changed this hiring practice around the middle of 2017, the agreement said.

He also then used at least 19 fake social security numbers on various government forms, including those used to calculate unemployment insurance premiums, the agreement stated.

Brantley did not use the voluntary federal program E-Verify, the plea agreement stated. That meant he was responsible for making sure the company had policies and procedures in place that would verify a potential employee could lawfully work in the U.S., but he knew the company did not do this.

Southeastern Provision also underpaid W.R. Berkley Corporation, its workers’ compensation insurance company, by about $127,000 due to this underreporting, documents state.

As part of the plea agreement, Brantley agreed to pay restitution to the IRS for $1,296,183 and $127,405 to W.R. Berkley on or before the sentencing date as determined by the Court.

10News reached out to Brantley's attorney Friday, but have not yet heard back.

This is a developing story. 10News will continue to update this story with more information.