KCSO reports identify the driver as Elias D. Burkholder. He was driving a 2009 Nissan that was heavily damaged. 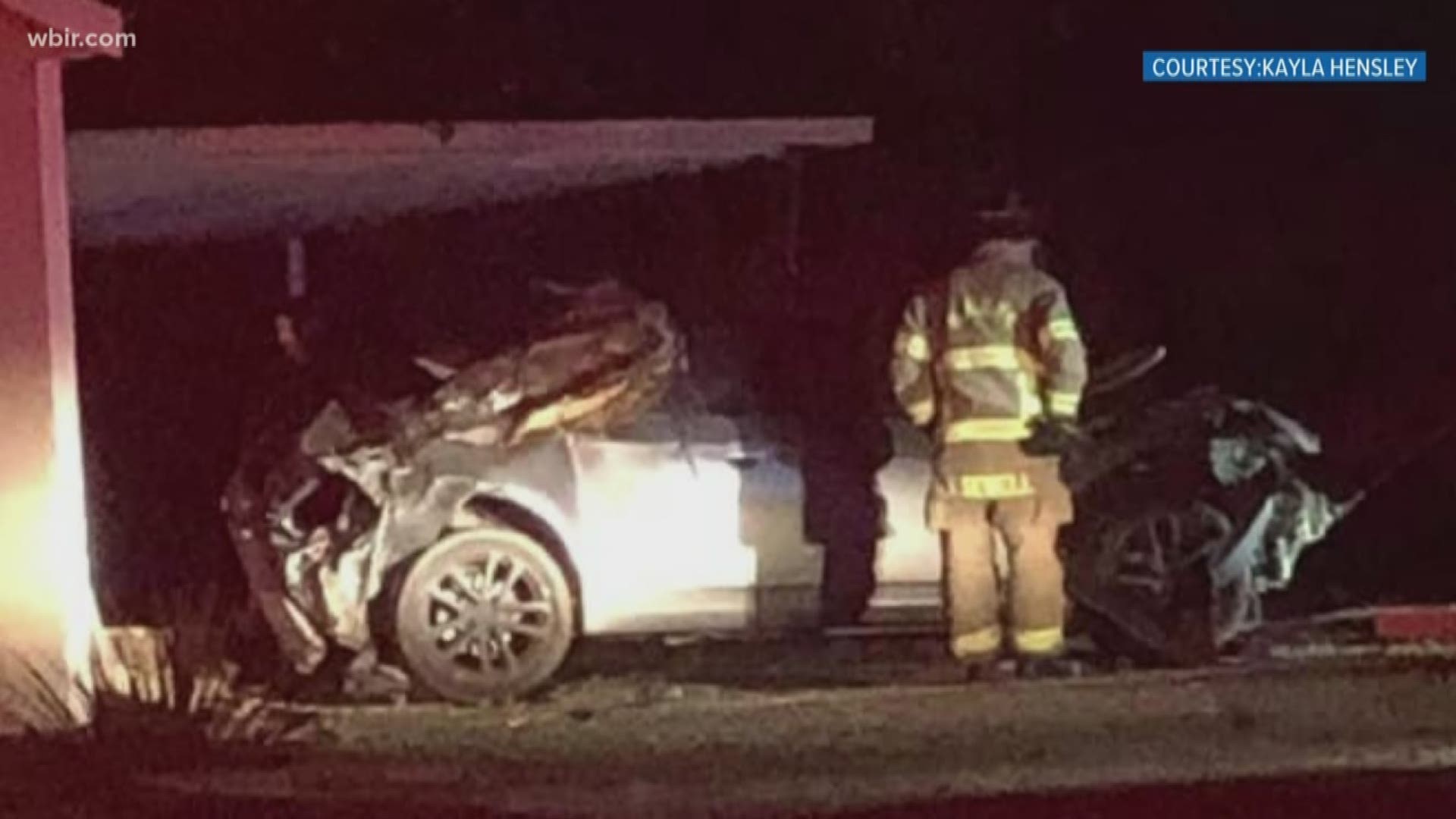 KNOXVILLE, Tenn. — An 18-year-old motorist suffered only minor injuries in a crash that saw his skidding car carom through a ditch, hit a mailbox and chain link fence, go airborne and then crash backwards into a Northwest Knox County home, records show.

Family members elected to take Elias D. Burkholder to a nearby hospital early Friday for treatment, although he declined it at the Ball Road scene, Knox County Sheriff's Office records show.

Credit: Kayla Hensley
The Nissan after it was pulled from a home Nov. 29 on Ball Road.

He wore a seat belt, which likely spared him significant injury.

According to records, Burkholder told officers he was speeding, driving about 60 mph, in a 2009 Nissan Altima when he lost control near Dyestone Gap Road.

The car skidded and went off the road to the right. It veered through a ditch and then hit a mailbox and fence at 5724 Ball Road. The Nissan kept going across a yard and hit a metal post, causing it to spin and become airborne.

The car plowed into a nearby home at 5716 Ball Road while going backwards, records state, setting off multiple airbags inside.

A Knox County deputy wrote that he found the car on its side in the house when he got on the scene. It appeared the car traveled more than 600 feet.

Homeowner Scott Porter said no one was in the house at the time. He said he's found Nissan car parts strewn in the house and on the roof.

He said it's his understanding Burkholder came walking out of the house after the crash and explained to deputies that he was the vehicle driver.

There's no estimate yet on the home's damage. Damage to the mailbox and fence were estimated at about $5,000.

The driver was cited for reckless driving.