The proposed multi-use stadium is expected to open in 2024. Construction has not yet started. 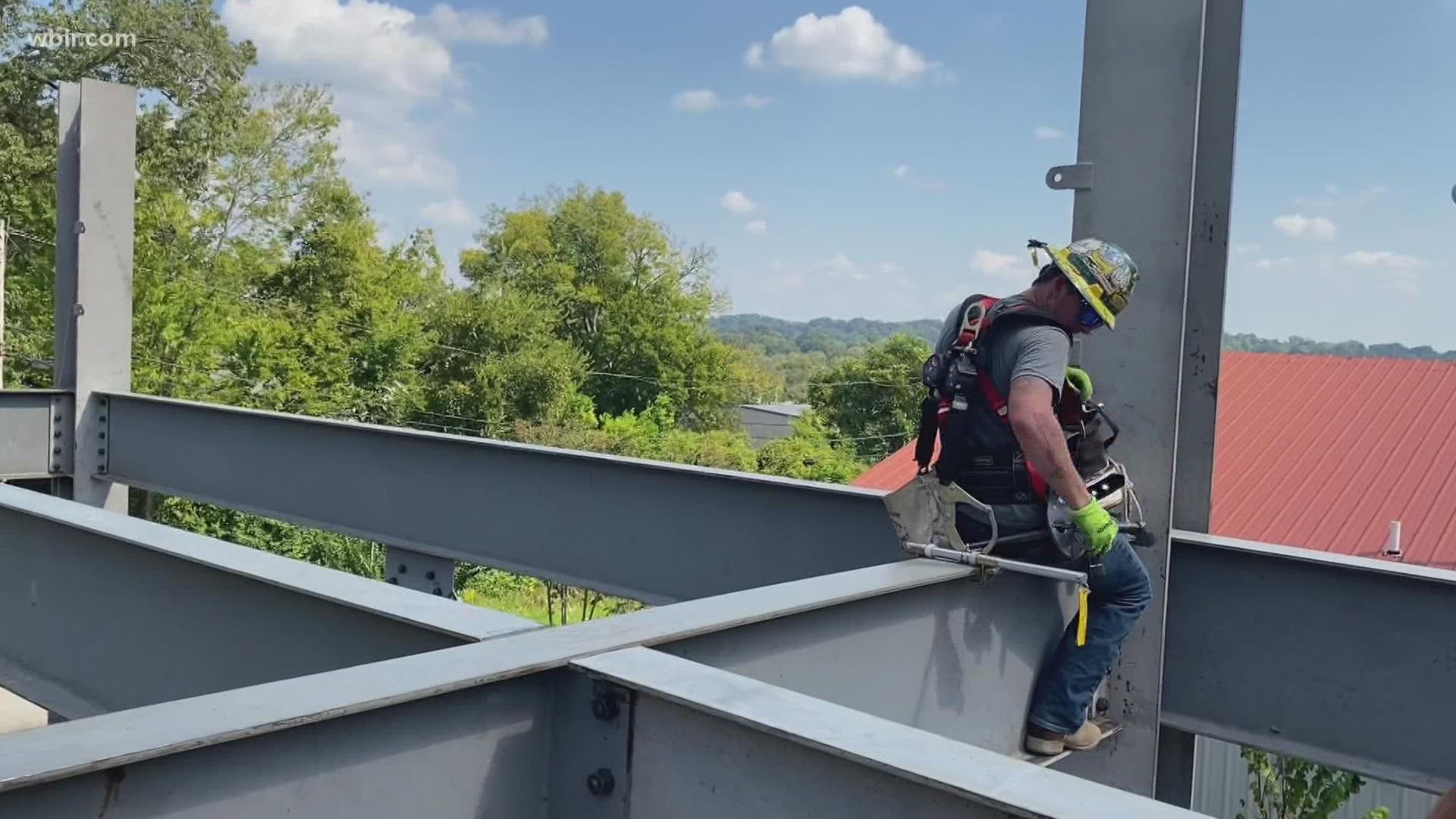 KNOXVILLE, Tenn. — At its first public forum since being created this year, the city-county Sports Authority heard concerns Tuesday about the need for a community benefits agreement for the multi-use stadium development and about how lighting and landscaping will look at the project.

Sam Alexander, president of the Knoxville-Oak Ridge Central Labor Council, said his group hoped the Sports Authority would push for a community benefits agreement with developer Randy Boyd and his partners.

Alexander said the agreement should be in writing. Such an agreement typically is a tool that community groups lean on to hold a developer accountable for honoring promised amenities and development features.

Sandra Korbelik, a retired city and urban planner who also serves on area boards, questioned what input the public will have in the planned development being proposed for the project just east of the Old City. Korbelik said she's most concerned about plans to light the area and to landscape it.

The project includes the estimated $75 million publicly owned stadium as well surrounding private housing and commercial uses. It's being offered for review under an umbrella planned development approach, which gives great leeway for what can be installed.

"I'm just looking for -- can you do this? Will there be a public forum? Do we need to fuss at City Council? I mean, I'm looking for guidance," Korbelik told the authority board.

Sports Authority Chairman Alvin Nance said the board wouldn't respond to her but was happy to hear her speak.

Chris O'Keefe, organizer for the local Iron Workers, urged members of the Sports Authority to support ensuring local tradesmen get jobs on the project.

The Sports Authority took no action after the three spoke. Tuesday's was their first public forum during a meeting.

The Sports Authority is overseeing the stadium portion of the project, proposed by entrepreneur and philanthropist Randy Boyd and partners in the GEM Development Group.

Boyd is putting up the land for a stadium that would host his Double A Tennessee Smokies baseball team, which now plays in Sevier County. Other uses are planned for the site at Jackson Avenue, perhaps by a local soccer group.

Bonds would be issued with the Sports Authority's blessing to build the stadium. They would be repaid from a variety of sources, including a baseball team lease and sales tax collections from the site. The state is putting in $13.5 million.

Lawyer Mark Mamantov, who is helping advise the Sports Authority, said negotiations are continuing between the city, county and Boyd's group.

Boyd told WBIR earlier this month that he wouldn't characterize talks with the city and county as "smooth sailing" but he also thought there was a lot of "positive" momentum as the various sides work out details for moving forward.

Supporters hope construction begins next year with an opening date in spring 2024. The city and county governing bodies still must approve the project at various points.

The board's next meeting is set for Oct. 26.

Stephanie Welch, a Knoxville deputy mayor who has been working intently on the project along with Chris Caldwell, Knox County's finance director, said the city and county are pushing to wrap up negotiations in October with Boyd's group on a team lease.