Knauss was killed last month in a suicide bombing at the Kabul airport. The Knox County native was among 13 servicemembers who died in the attack. 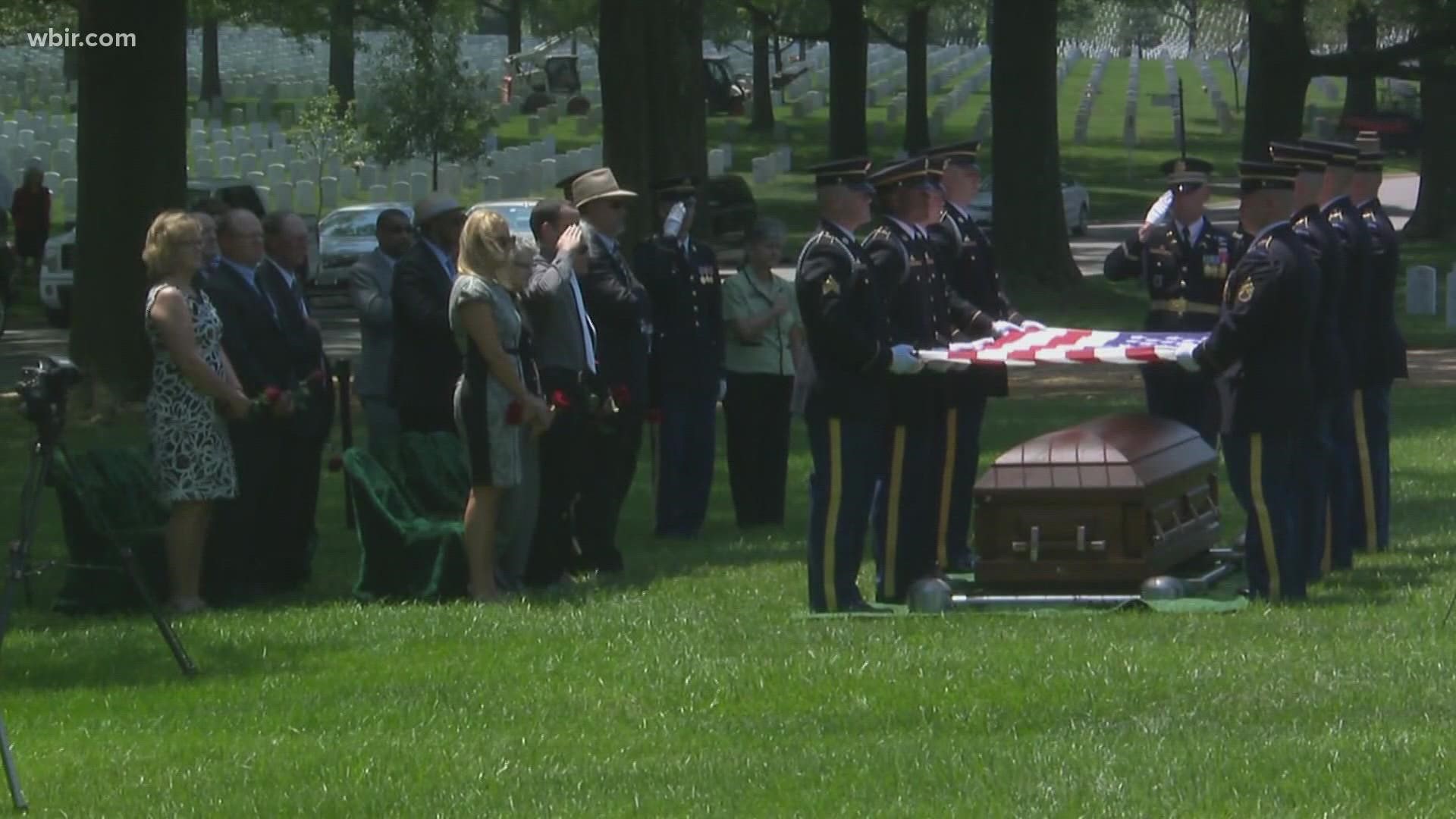 Escorted on horseback by members of the 3rd U.S. Infantry Regiment, known as the Old Guard, Knauss's caisson-borne body proceeded through the historic burial ground about 1 p.m.

The service was private. The U.S. Army later released images.

Knauss, 23, of Knox County, was among 13 U.S. servicemembers killed Aug. 26 at the Kabul airport during Afghanistan evacuation operations. The Gibbs High School graduate had always wanted to serve his country, once writing as a child that he would be a Marine.

Credit: U.S. Army
The casket of Ryan Knauss rides on a horse-drawn caisson, part of the burial ceremony at Arlington National Cemetery.

Knauss's widow, Alena, was among loved ones and family members in attendance, accepting as part of the ceremony the flag that had covered her husband's casket. They met as teens at a Fountain City pizzeria, she told WBIR. And she was immediately taken with the dashing, witty young man.

Knauss is buried in Section 60 of the Civil War-era cemetery, an area that includes servicemembers killed in Iraq and Afghanistan as well as past conflicts dating to the Spanish-American War, according to Arlington National Cemetery.

Credit: U.S. Army
A casket is marched down a line of military members during the burial of Ryan Knauss at Arlington National Cemetery.

Every element of a funeral at Arlington is choreographed down to the most minute detail by the Old Guard. From the caisson escort to the mournful playing of Taps, every step is carried out with absolute precision and respect.

Brian Murphy of Knoxville was a member of the Old Guard 30 years ago. He said members practice to perfection to show respect.

"The more perfect you can become the more respect you are giving. I mean that's in the heart and mind of an honor guard soldier," he said.

Knauss now is among some 400,000 men and women buried at Arlington.

Two U.S. presidents, astronauts, more than a dozen U.S. Supreme Court members, and countless military heroes are among those honored at the cemetery just across the Potomac from Washington, D.C.

“Outside that airport is where Staff Sgt. Knauss would selflessly give his life so civilians could escape to safety,” Burchett said.  “He was out there helping complete strangers, but this wasn’t out of character for him. He loved helping people, and he died doing it.”

1 / 4
U.S. Army
Alena Knauss, widow of Ryan Knauss, accepts the flag that had been draped on her husband's casket Tuesday.