Captain Josh Tucker is the training officer at the Seymour Volunteer Fire Department. 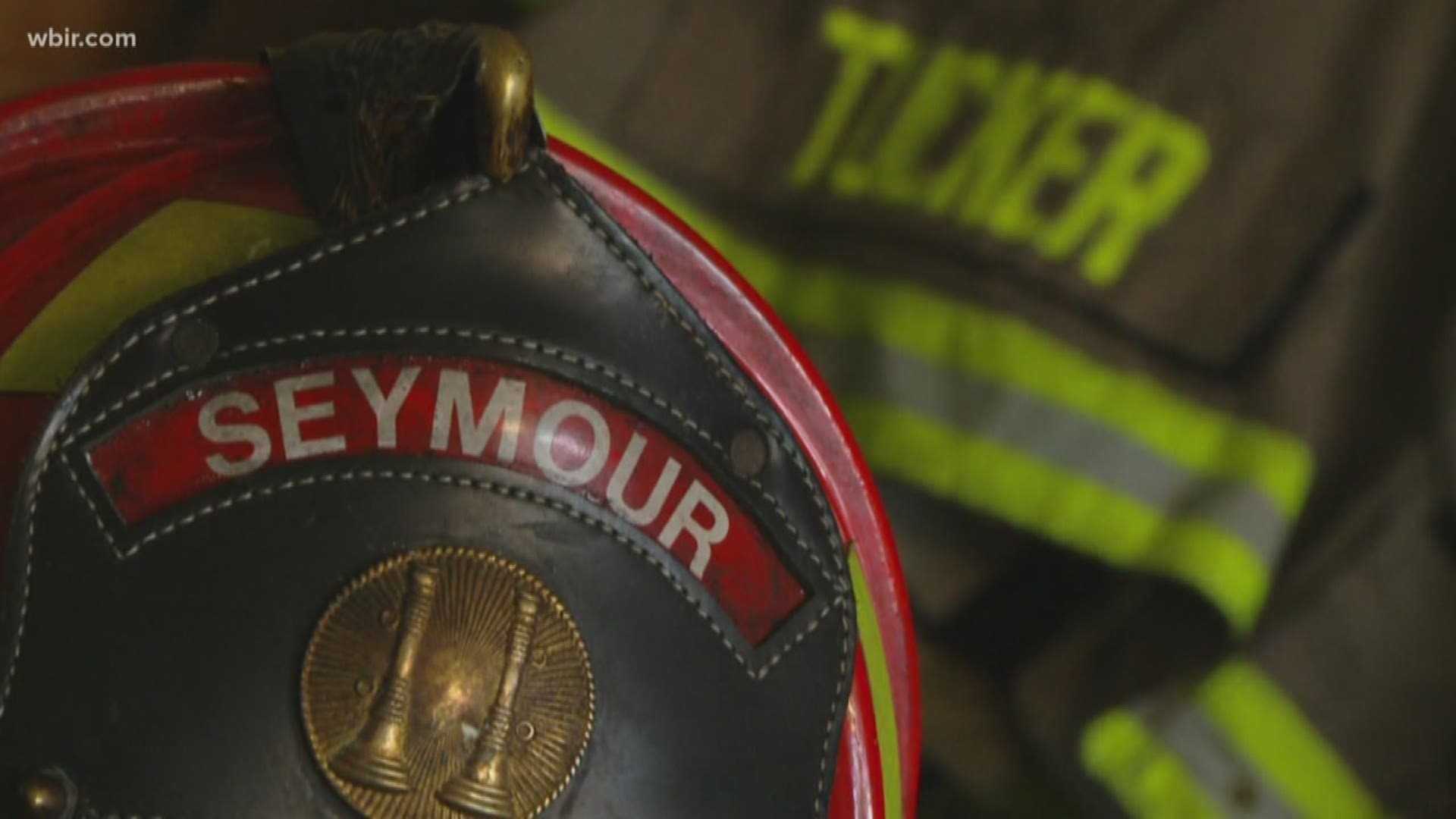 Seymour — This hero isn't defined by the length of his cape, but rather by the soot on his hat.

"Probably since I was a little kid, I've just always wanted to be a firefighter," said Captain Josh Tucker.

Tucker's unwavering desire to put others first is in his blood.

"My great uncle was actually one of the founding members here," Tucker said.

"He has a great passion, and as his wife stated, he spends a lot of time here, more than he needs to sometimes, but he has a great love for the community and a love for his other firefighters," said his Chief John Linsenbigler, who nominated Tucker for the Star Spangled Summer Heroes contest.

Tucker serves as the training officer at Seymour Volunteer Fire Department. The job doesn't pay anything, but the value of his role is priceless.

"The training officer position, especially in a volunteer agency is a large task to take because you’re responsible for training all the volunteers. So, if there’s a situation that occurs, that's a lot of responsibility," Linsenbigler said.

In 2016, Tucker lead of team of volunteer firefighters battling the Sevier County wildfires. They worked 12-hour shifts on top of their regular full-time jobs.

Recently, the Seymour Volunteer Fire Department received a grant to help them prepare and train for future wildfires. It's Tucker's job to oversee the training of each volunteer.

"Oh, he's a pain in a butt. You have to be in order to keep prodding people along to get their training," Linsenbigler laughed.

"I just try to make it fun for them, and motivate them and encourage them. Without them, we couldn't do it. Without them we're nothing," Tucker said about the volunteers.

Tucker not only inspires the volunteers who donate their time and bravery at the department, there are a few future firefighters looking up to him at home.

"We have two boys at home, and he has a daughter, and we love that our daddy is a hero," said his wife, Rebekah Tucker. "I see his passion for it, and I think that makes me love him more because I see how much he wants to drive to make his community and his department better and all of his trainees better."