Gary Cook and his wife founded CRI Ministries to provide a safe and stable home for neglected children living in Nicaragua. 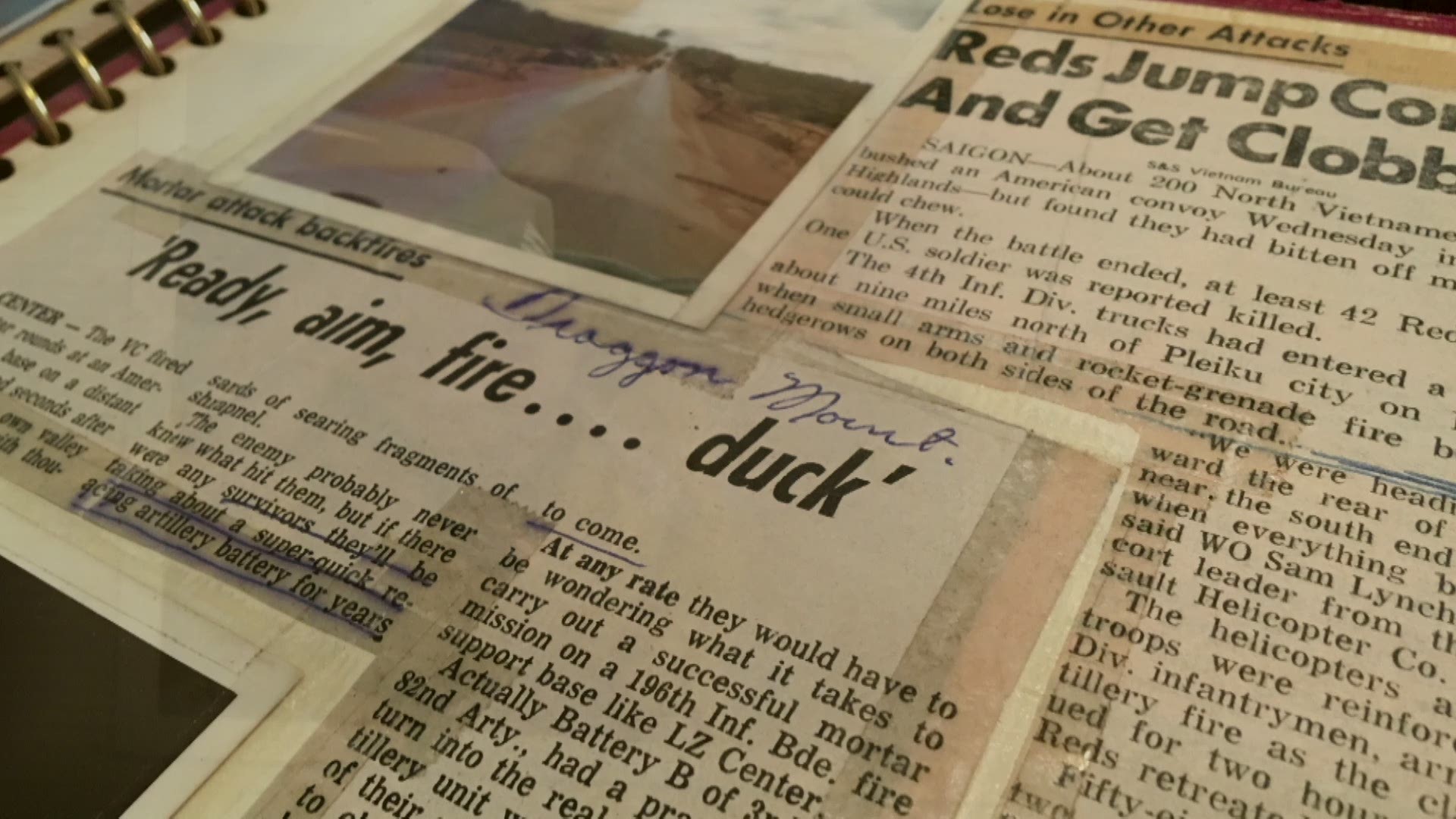 Knoxville — As Gary Cook flips the pages of a weathered photo album, he recalls his time as a soldier in the Vietnam War.

"I was supposed to go to Germany for training. But, my mom woke me up with a telegram one morning. I was to report to California before Vietnam. I was devastated. I was barely 19 years old," Cook said.

As a mechanic who worked on a rescue and recovery wrecker, Cook often encountered children running around the streets at the various checkpoints.

"I'd get to know them personally. Then one day you'd miss seeing one of them, and it was because their village was probably hit the night before. They were gone," Cook said as he choked back the tears. "They were innocent in this. They couldn't help what was going on."

That lingered with Cook long after he returned home from the war. It wasn't until his wife took him on a mission trip to Nicaragua that he finally began to heal from the wounds of war.

"That first trip, he was a little antsy for lack of a better word," his wife, Trish, recalled. "He kept saying, ' this is so much like Vietnam.' All the kids running around. Things that were so much like the past."

But, it's the past that often molds our future.

At first, Cook was reluctant to be there, but when the founder of the ministry they were assisting asked him a simple question, it paved the path for the rest of his life. Cook says the man simply asked him what he did for a living.

"I said I was a mechanic. I worked on fleet equipment. That's when a tear rolled down his cheek, and he said, 'we've been praying God would send a mechanic. Our vehicles need repairs. We've been praying for you almost a year, and here you are.' And, I thought, 'God is going to use me. Everything I've been through...everything I've done, he's going to use me,'" Cook said.

The Cook's returned several times to the third-world country with various church groups before deciding to form a ministry of their own.

They called it CRI Ministries for compassion, restoration, and inspiration. The ministry would give neglected children a safe and stable place to call home.

"They were living in cemeteries and on the streets, really bad conditions," Trish Cook said. "They didn't get to eat and didn't have clothes. Aside from all that, the house just began in that moment because we couldn't walk away. You can't say no."

That was eight years ago.

Today, CRI Ministries is thriving, and so are the children who live at the house that provides warm meals, schooling, and a safe place to call home.

It's something Cook couldn't give the children he met during the Vietnam War, and it's helped him heal from the horrors he faced there.

"Gary's upbringing and what he's shared with me as a friend about everything he experienced...I could see where all of that was a development in his life preparing him for what was yet to be seen," his friend Dennis Carwil said.

"As I look at our country today, and I look at Nicaragua today. He gave us that they're striving for. He gave us freedom," Trish Cook said.