Start of Neyland Stadium renovation to be delayed, Fulmer says

"I think it is financially prudent and most responsible to delay the start of construction as we allow Audiology and Speech Pathology, currently in South Stadium Hall, to move in an orderly manner," Fulmer said. 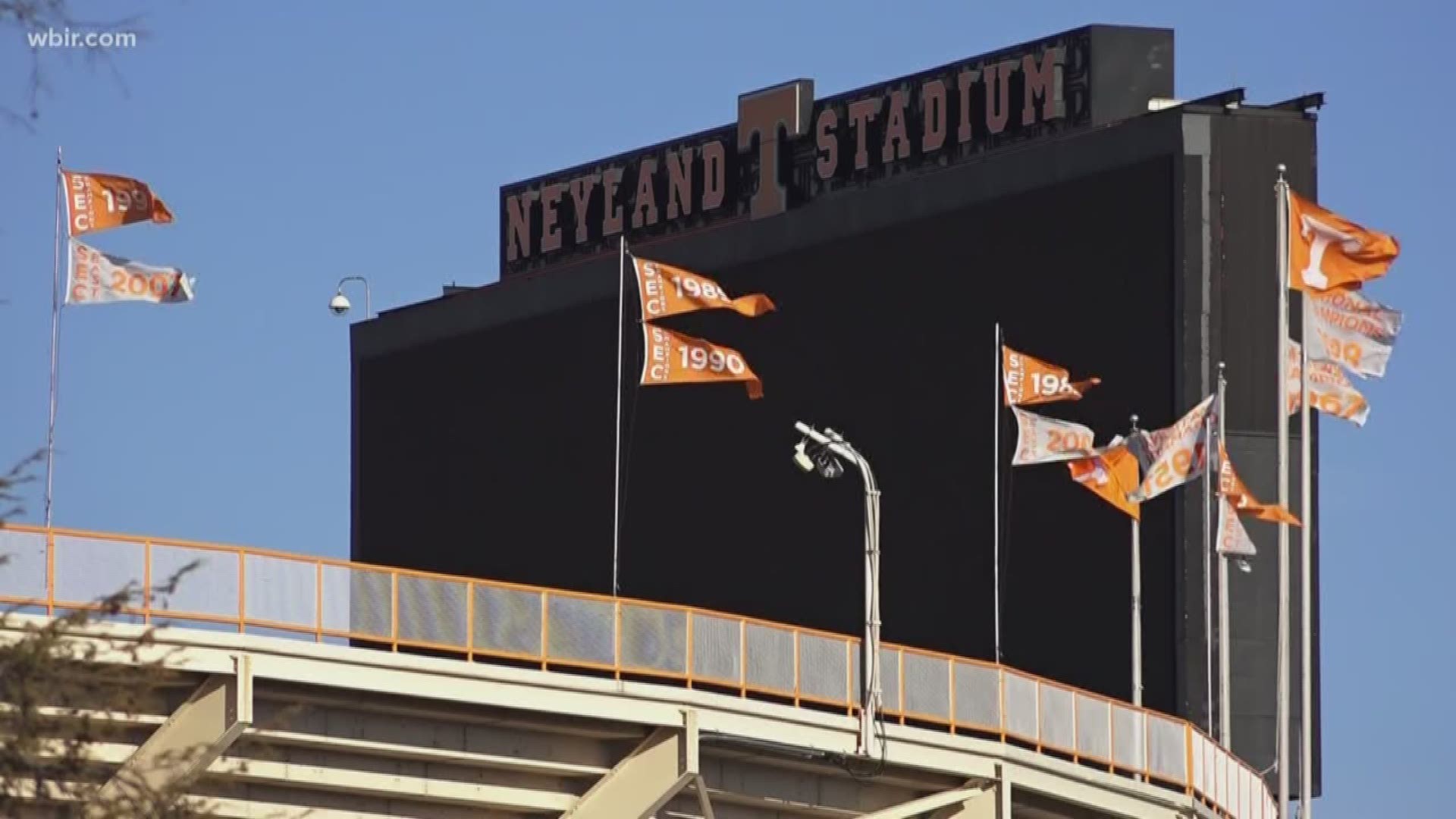 Tennessee Director of Athletics Phillip Fulmer announced in a news release on Thursday that the Department of Athletics will delay the start of renovations on Neyland Stadium. 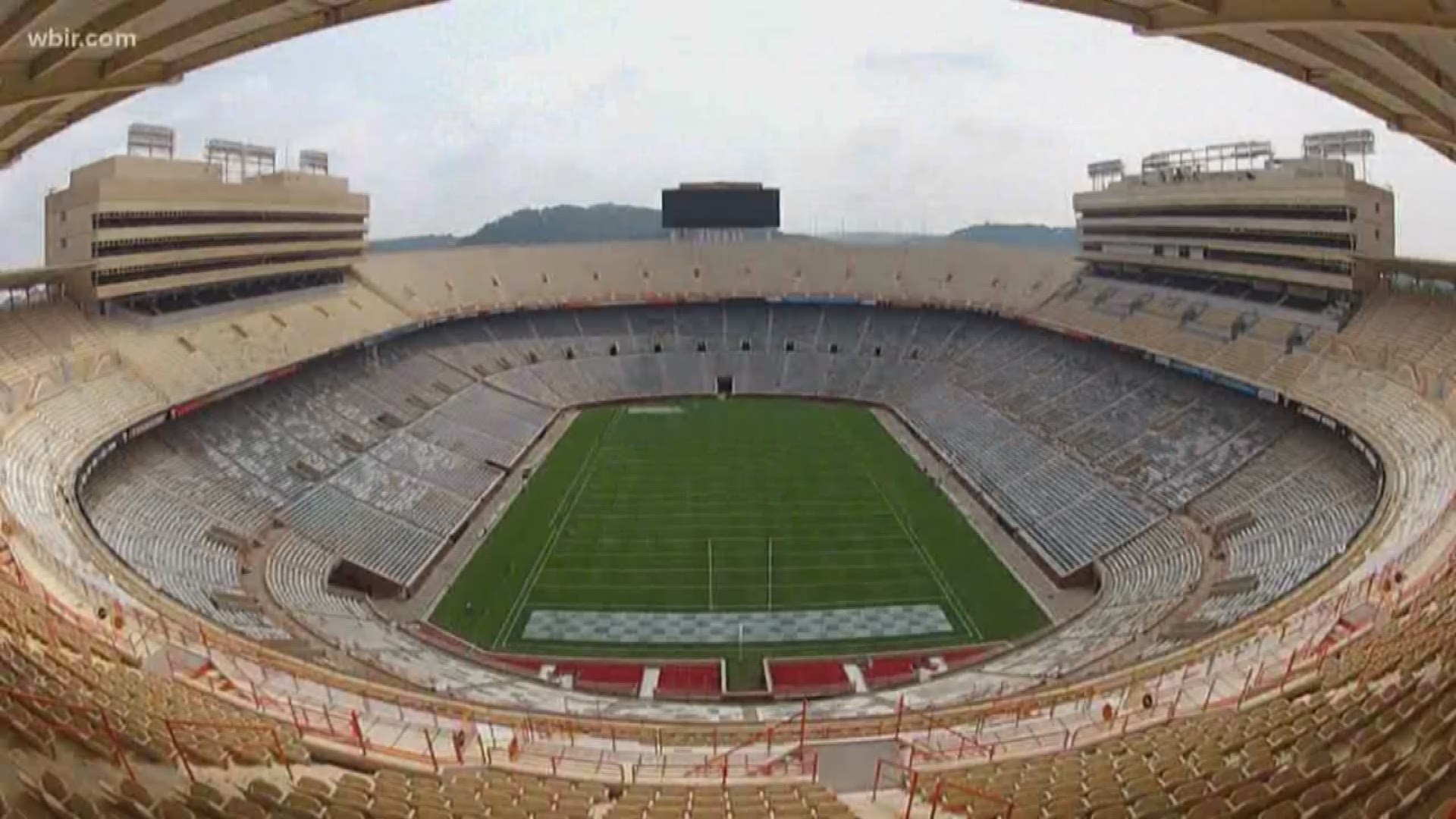 "I have been here 10 months and have studied this major project with everyone concerned," Fulmer said in a news release. "I think it is financially prudent and most responsible to delay the start of construction as we allow Audiology and Speech Pathology, currently in South Stadium Hall, to move in an orderly manner. It also allows us not to have additional expense and time pressures on both the university and athletics."

The department said it will continue to review all aspects of the Neyland Stadium Master Plan Renovations.

"We simply need time to study all ideas of scope and design as we seek to maximize the fan experience and our return on investment for the next 100 years of Neyland Stadium," Fulmer continued. "Tennessee has always been committed to having the top facilities in the country, and a review of the project allows for more time to ensure just that." 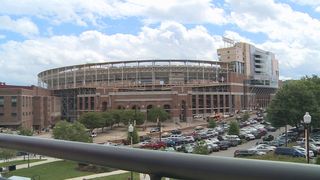 In February 2018, the University of Tennessee said it was accepting bids for renovations to the south side of Neyland Stadium. Phase 1 of the project is estimated to cost about $144 million dollars, mainly to upgrade stadium necessities.

There are 16 specific projects planned for Phase 1.

They include widening Concourses 1, 2 and 3, along with their bathrooms and concession areas. The projects also include upgrades to retail options and entry points — all to make the fan experience more enjoyable.

The goal was to have all the Phase 1 upgrades complete before the start of the 2020 football season, with the demolition of the South Stadium Hall expected to begin this year. It's unclear how long the project will be delayed but it's likely it won't be complete by the 2020 season.

Fulmer took questions, saying UT is hoping to get the construction process started in the next year or two.

When asked if finances were standing in the way of getting the project started, Fulmer said the goal is to raise more than $50 million to then bond for Phase 1 -- saying the university was getting close and was 'in good shape.'

Fulmer said the project was still not there from a design and scope perspective.

The University of Tennessee Board of Trustees voted in November 2017 to authorize a $74 million budget increase for phase one renovations to Neyland Stadium. According to the university, the board also acknowledge the revised Neyland Stadium Master Plan as a single and unified project.

The board asked for a total of roughly $180 million. In 2016, the Board of Trustees approved the initial phase, of a 3-phase renovation plan, for $106 million.

Former Athletics Director John Currie said in November 2017 that the increase in the budget for the first phase would help lower the costs overall in the long run.

Since the start of the project was delayed, the second phase of renovations, which was targeted to be complete as early as the opening kickoff of the 2021 campaign, will also likely be delayed. 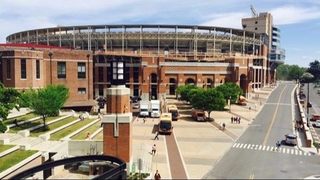 If you look at the stadium master plan, ideas for upgrades get more creative than upgraded bathrooms.

Also, the idea of ordering mid-game snacks from your phone to cut down on wait times at concession stands.

Even the idea of "cooling zones" for those hot early season games.

The plan also accounts for the possibility of alcohol sales in the future. While UT is currently a dry campus, the plan says "the expectation is for this to change over the next several years. S2O recommends providing utilities and power for future bars and refrigeration."

UT stresses these are just ideas right now, with nothing set in stone.

But the idea remains the same, to make Neyland Stadium better for the 100,000-plus fans who pack these seats in the fall. 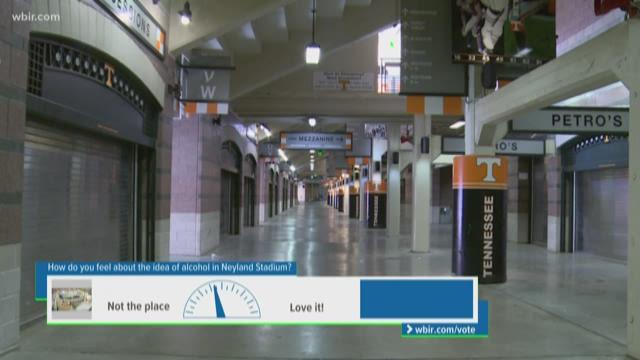 1 / 23
Weil, Andrew
A rendering of Tennessee's plans for seats during Phase 1 of the Neyland Stadium renovations.