'State of the State's Health' roundtable focuses on economic impact

Business, government and community leaders gathered to discuss Tenesseans' poor health and the related economic consequences it has at Pilot Flying J headquarters. 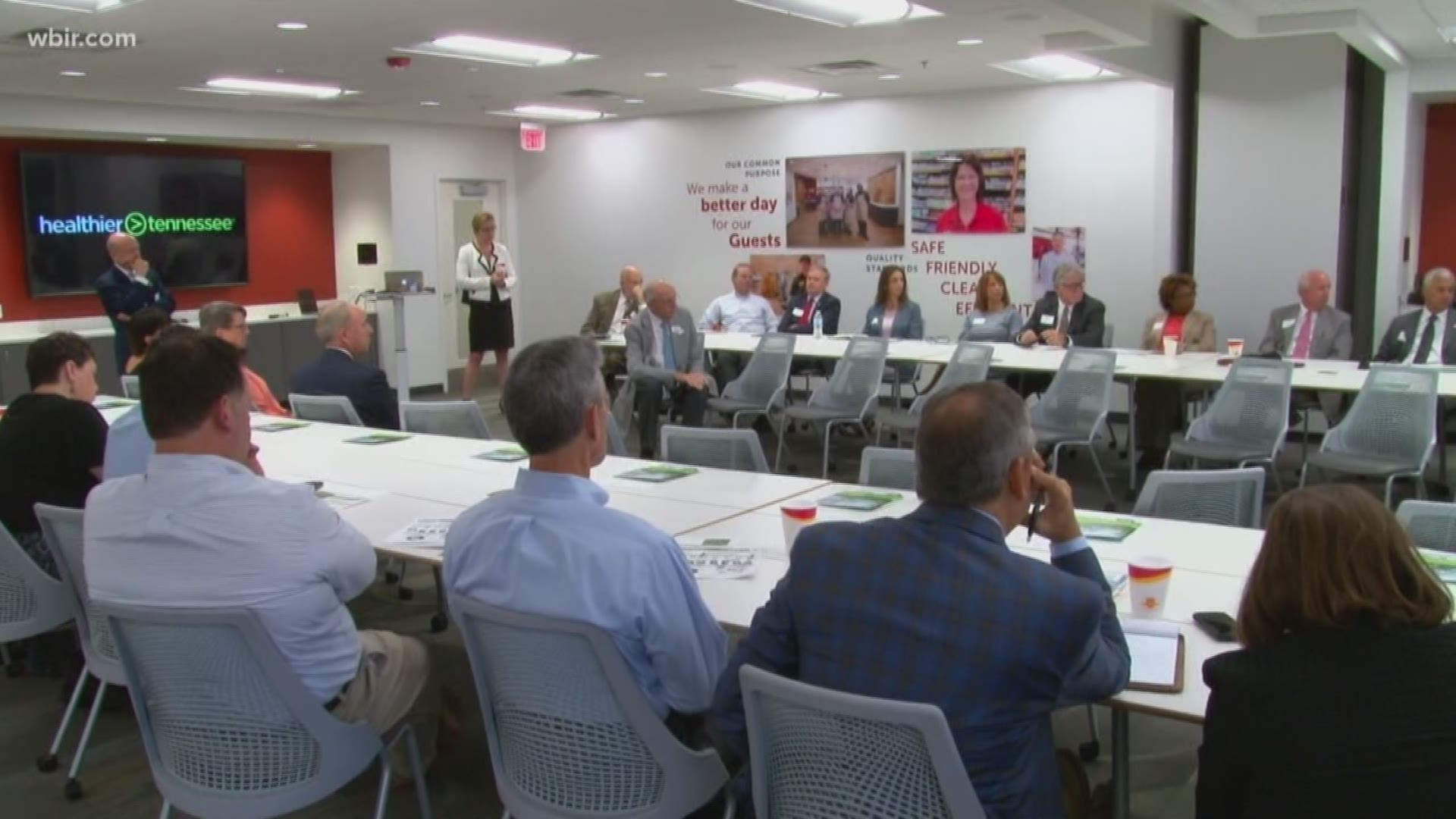 The Governor's Foundation for Health and Wellness hosted a "State of the State's Health" roundtable in Knoxville on Tuesday morning that looked at how Tennessee's health challenges affect the economy.

Tennessee is one of the ten least healthy states in the nation. Knox County is ranked the 17th healthiest county out of 95 counties in Tennessee by the Sycamore Institute, an independent, nonpartisan public policy research center focusing on health policy and the state budget.

Health problems cost Tennessee more than $5.3 billion in 2015 alone, and Tennessee children are the heaviest in the nation, with 38 percent of Tennessee kids either overweight or obese.

Approximately 35 percent of Tennesseans are classified as obese.

Business, government and community leaders gathered to discuss Tennesseans' poor health and the related economic consequences it has at Pilot Flying J headquarters.

Tennessee ranks 46th around the country in adult obesity and 41st for infant mortality. The Governor’s Foundation for Health and Wellness is trying to change that pic.twitter.com/0MtrCO21KR

Those in attendance included Pilot Flying J Founder Jim Haslam, UT President Joe DiPietro, Richard Johnson, the CEO of the Governor's Foundation for Health and Wellness, and Laura Berlind, the executive director of The Sycamore Institute.

Leaders from around TN are gathered for a “State of the State’s Health” discussion. Jim Haslam and Joe DiPietro among others in attendance. Health problems cost TN more than $5.3 billion last year alone pic.twitter.com/0UcLKRo0cb

Pilot Flying J, Clayton Homes, and the University of Tennessee Medical Center partnered to host the event with the Governor's Foundation for Health and Wellness, a non-profit "dedicated to enabling and encouraging Tennesseans to lead healthier lives through its Healthier Tennessee initiative."

It was the first of six stops around the state as leaders ask local business, education, and health leaders to help make Tennessee healthier.

The Foundation is based in Nashville and works to collaborate statewide with employers, health insurers, hospital systems, local governments, school systems and healthcare-focused foundations and community organizations to "effect positive, measurable change."

Healthier Tennessee aims to increase the number of Tennesseans who are physically active for at least 30 minutes five times a week, as well as promote a healthy diet and reduce the number of people who use tobacco.

About 22 percent of adults in Tennessee smoke and 28 percent report getting no regular physical activity.