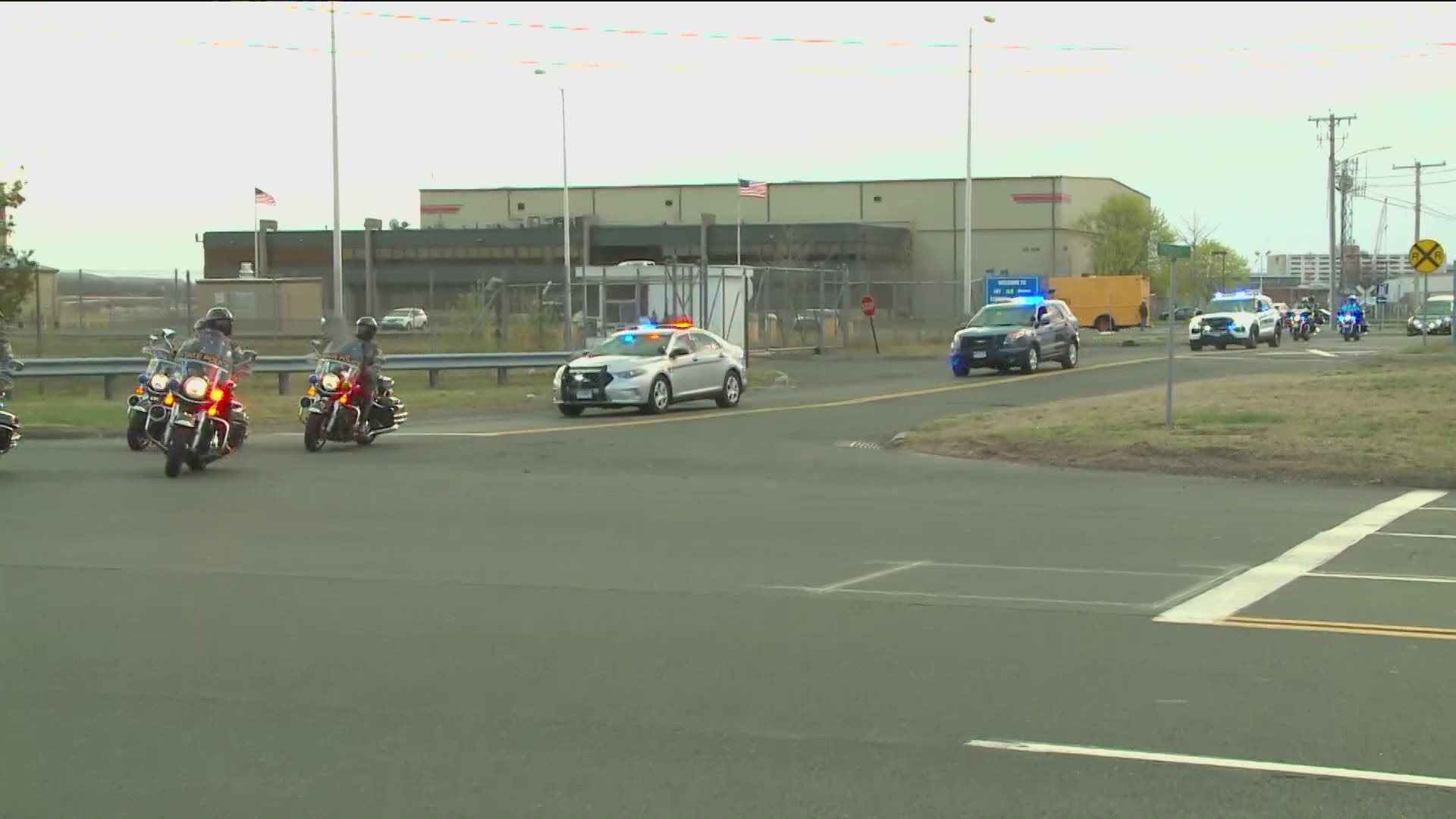 Officer Evans was killed in the line of duty on April 2 after a suspect rammed a vehicle into him at a barricade near the U.S. Capitol

The flight carrying his remains arrived at Bradley around 5:50 p.m. Wednesday.

"Motorcycle members of the State Police Traffic Services Unit will be joined by police from Massachusetts in a motorcade to North Adams, Massachusetts, where Officer Evans will be laid to rest. The motorcade will exit the airport onto Route 75 and travel through Suffield and Enfield before crossing the state line into Massachusetts via Interstate 91."

Evans laid in honor in the United States Capitol Rotunda in a special tribute to the fallen officer on Tuesday.

Evans, 41, and another officer were struck on April 2 by a car driven by Noah Green, 25, who came out of the car with a knife and was shot to death by police. Investigators believe Green had been delusional and increasingly having suicidal thoughts.

Evans' casket was placed in the Capitol Rotunda for the second such memorial ceremony this year for a force that has edged close to crisis in the wake of the Jan. 6 insurrection at the Capitol.

Evans’ death came just three months after a violent mob of President Donald Trump’s supporters blew past security barricades and attacked the Capitol, injuring dozens of Capitol Police officers. Officer Brian Sicknick died after engaging with the rioters, though officials do not yet know exactly what caused his death. Two men have been arrested and charged with assaulting him with bear spray.

HERE ARE MORE WAYS TO GET FOX61 NEWS

Stream Live on ROKU: Add the channel from the ROKU store or by searching FOX61.