The Vice Chancellor for Student Life says the students pictured in the photo are not likely to face expulsion. 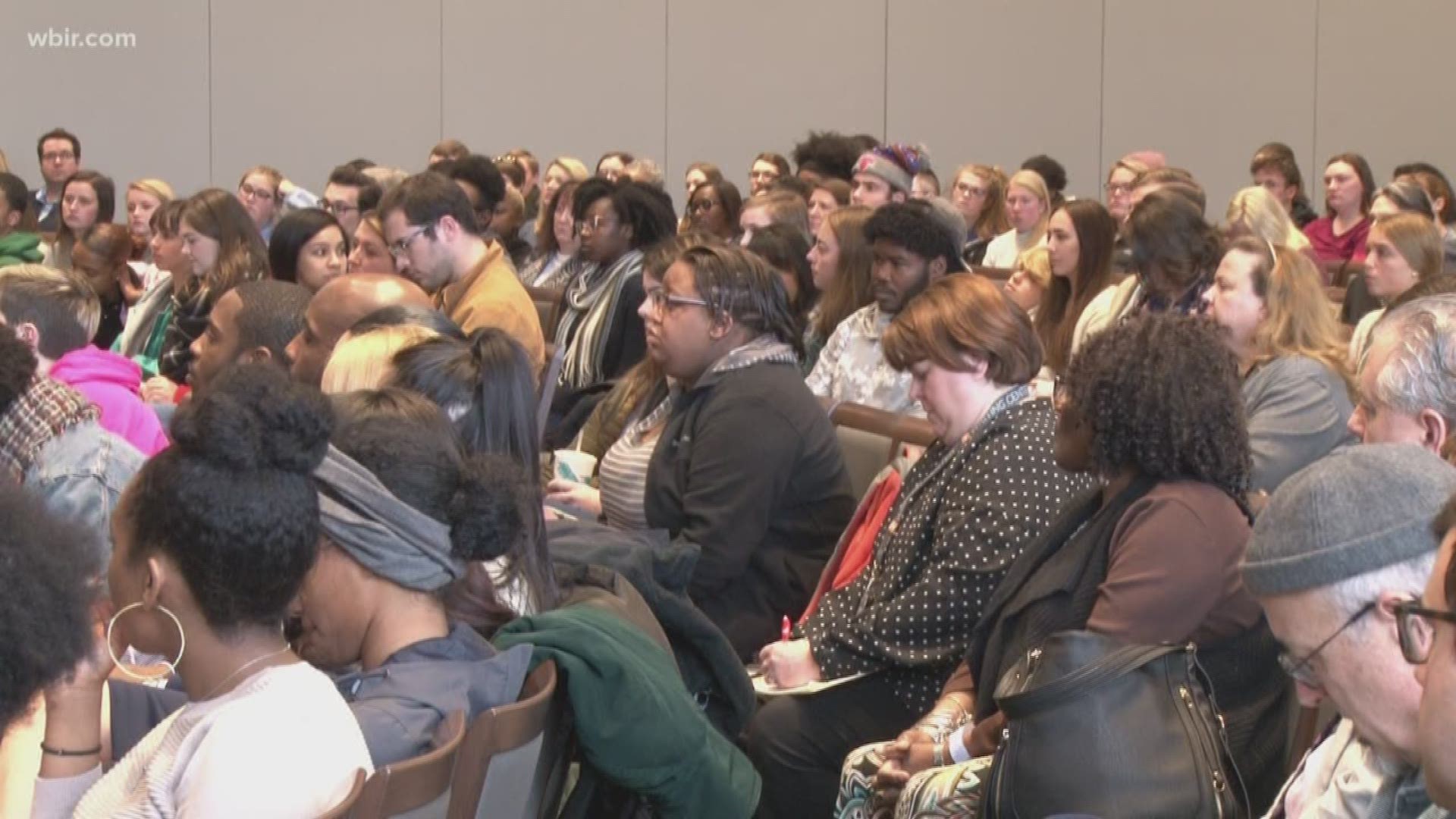 KNOXVILLE, Tenn. — At a town hall style meeting on campus Monday, students at the University of Tennessee demanded action and asked pointed questions of a panel of school leaders.

The meeting was called after a photo surfaced online last week showing UT students in blackface with the caption "about to get this free college now that I'm black."

Credit: Twitter: @Jxxsie_
A screengrab of a Snapchat photo circulating social media Thursday shows what's believed to be four University of Tennessee students with two of them wearing blackface, according to a release the university sent to students.

At the meeting, administrators said the students photographed were not likely to face expulsion because "they were exercising their First Amendment right" to free speech.

The Vice Chancellor for Student Life said the school is considering other disciplinary actions.

The mood at the meeting was set with the very first question.

The panel of assembled administrators, including interim Chancellor Wayne Davis, paused for more than 30 seconds and appeared to look at each other to decide who would respond before asking for clarification on the question.

Student leaders said there needs to be a culture change at UT.

"I think we have students of color on this campus that do not feel like this is a home for them," Ovi Kabir, the student body president, told 10News. "Blackface has no place on our campus. Any racist remarks, things like that should not belong on our campus."

The question many students had for administrators Monday: what are they going to do about it?

"It's hurt our campus," interim Chancellor Wayne Davis said. "And we're trying to move forward. However we cannot solve everything in an immediate way. But we are implementing longer term solutions."

One possibility is adding diversity courses to the core classes students take.

RELATED: UTK responds to video of student making racial slur: 'The racism displayed in this video does not belong on Rocky Top'

But students at the meeting remained upset, noting previous racist incidents in UT's past that make them skeptical the university will change.

"We have sat in front of you and told you all of this before," one student said.