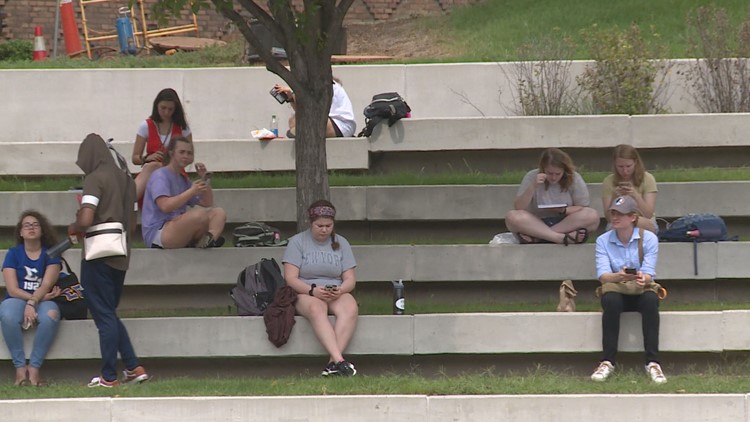 A study published in October found one in four college students had "event-related clinical distress" following the 2016 presidential election.

The study went on to say the results were concerning "because elevated symptoms of event-related stress are predictive of future distress and subsequent PTSD diagnoses.”

Dr. Richard Pacelle, a political science professor at the University of Tennessee, said the polarizing nature of American politics likely plays into the stress.

"Politics is much more polarizing than it's been before and it's 24/7 now, you can't get away from it even if you want to," he said. "I'd hesitate to say whether we're making a mountain out of a molehill but certainly I think people are getting much more invested than probably this is worth."

Record-breaking numbers in early voting show Americans care about the upcoming race. Amanda Gilliam, a therapist with Thriveworks, said the stress that comes with that can strain relationships.

“Generations before now and elections before now didn't have such the social media presence and when you bring in that division in their peer groups and the conflict that creates in all areas of their lives, it’s pretty difficult to escape from," she said.

She said another reason some of her clients feel stress is the thought that their vote does not matter. Gilliam said a possible remedy for that lies in doing something one knows does make a difference.

"Volunteering with a veterans program, homeless shelter or a treatment center or doing something that does give that sense of making a difference, I would recommend that," she said.