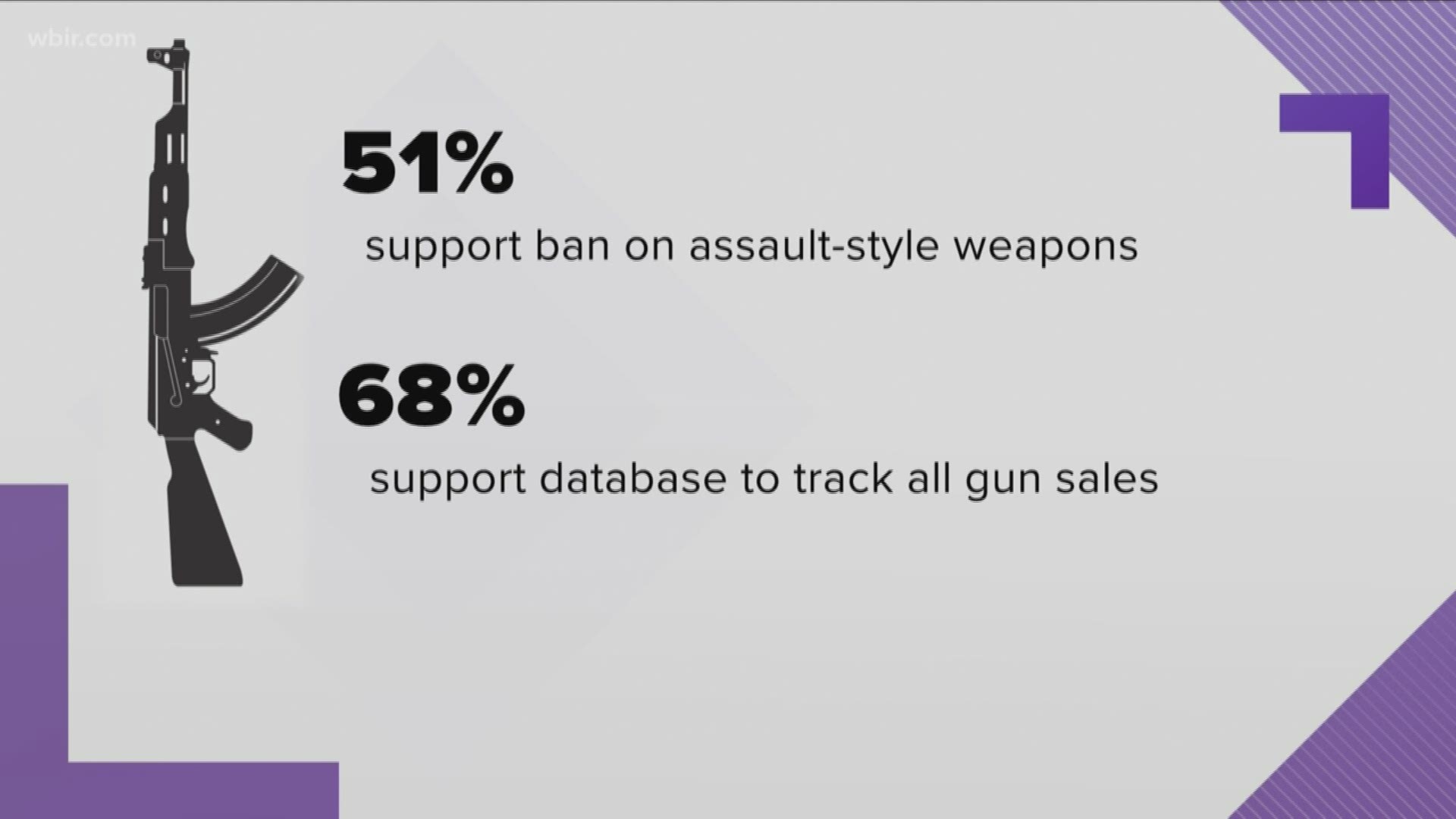 NASHVILLE, Tenn. — A new Vanderbilt University study shows where Tennesseans agree -- and where they don't.

The university released the study last week. It's based on the survey responses of 1,000 registered voters in Tennessee. Here's the highlights.

For many of the questions, the statistics listed here don't add up to a full 100 percent-- that's because the other responses were variations of "don't know" or "not sure."

The university's Center for the Study of Democratic Institutions has conducted the Vanderbilt Poll several times a year since 2011. The CSCDI breaks the results down here. More methodology information is available here.

Most of the Tennesseans surveyed supported some kind of gun control measure.

The researchers asked Tennesseans about raising the legal age for buying tobacco products, and 68 percent supported raising that legal age to 21.

The researchers asked Tennesseans to choose one of four opinions about the possible impeachment of President Trump.

That means a total of 58 percent of Tennesseans surveyed said President Trump did something wrong or illegal. This question divided Tennesseans along party lines; the researchers also asked for respondents' political parties.

Out of the 35 percent who said President Trump broke the law and should be impeached and removed from office, 76 percent were Democrats and only 2 percent were Republicans.

Tennessee's State Legislature Building displays several busts of historical figures. One of those busts shows Nathan Bedford Forrest, a Confederate general and a founder of the Ku Klux Klan.

A majority of Tennesseans surveyed said it should be removed from the building.

The survey also asked Tennesseans about problems in their local communities. Respondents were asked to select how big they thought each problem was. The percentages below show how many chose "big problem" for the issue.