A Scott County woman is suing the sheriff's office after she says they ignored her son's pleas for medical care in jail before he died. 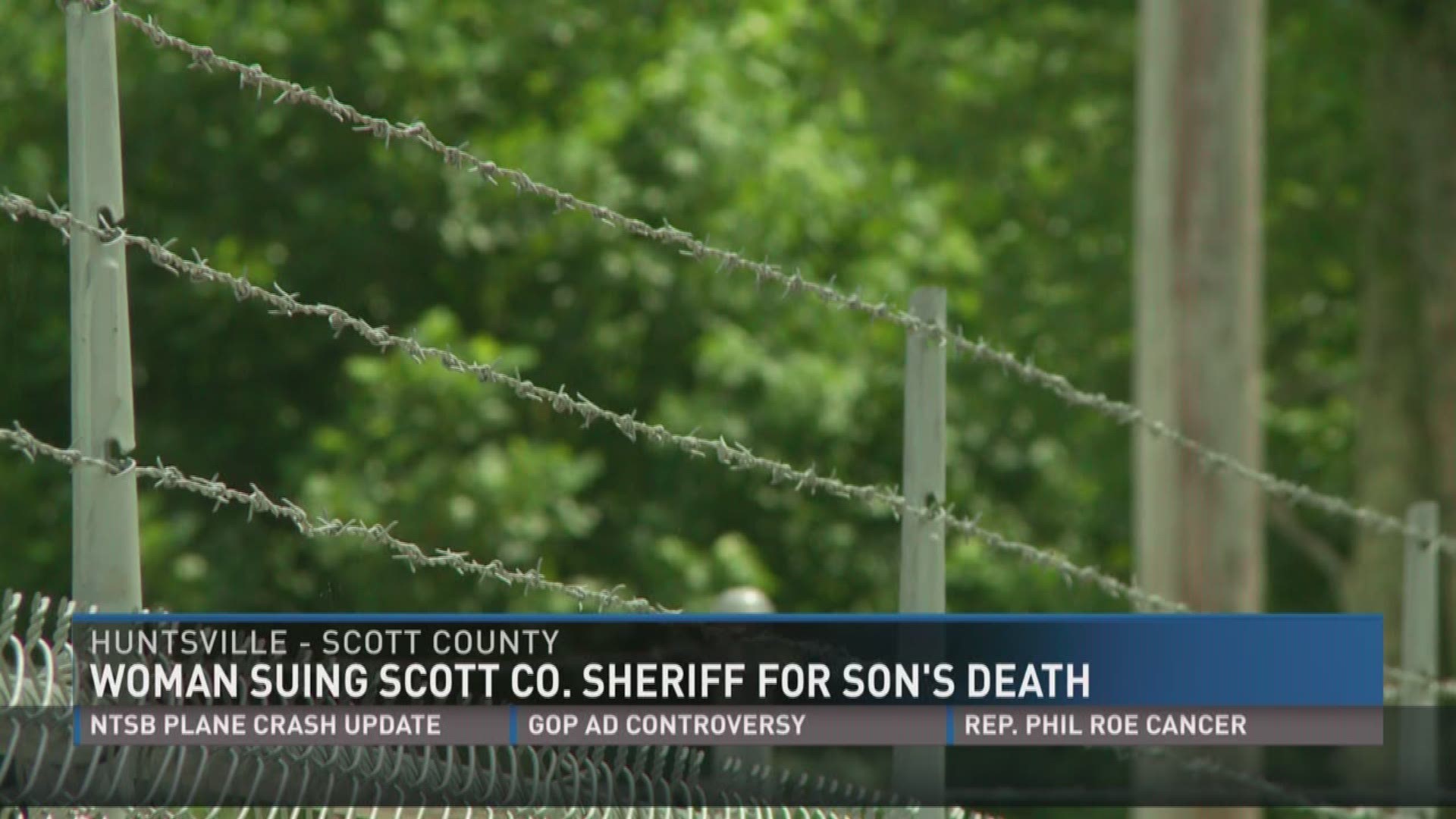 A Scott County woman accuses the Scott County Sheriff's Office of ignoring her son's repeated pleas for medical treatment in jail as an infection gradually took over his body, ultimately destroying his brain and killing him.

She seeks up to $5 million in compensatory and in punitive damages and a jury trial.

10News sought but did not receive comment from Sheriff Ronnie Phillips about the lawsuit. On Monday, he told the station that in general inmates have the services of qualified medical personnel on hand if they become ill.

Benny Shane Pemberton, 41, was taken into custody July 6, 2016, on a warrant for failure to pay child support in Florida, according to the lawsuit. It states he had a deep cut to his left foot that became grossly infected over two weeks as he was held in the Scott County jail.

The document also acknowledges Pemberton had been a drug abuser.

Soon after entering the jail, infection from the cut in his left foot spread through his body, according to the lawsuit. His illness developed into MRSA, a sometimes deadly bacteria that's highly resistant to treatment.

The document does not allege Pemberton contracted MRSA from the jail.

Pemberton begged jail staff including deputies for help, the lawsuit alleges, but his pleas were ignored.

At times other inmates tried to get help on his behalf, the lawsuit filed by Knoxville lawyer Lance Baker states.

At one point, jail staff became so tired of hearing him asking for help that he was moved to an isolation cell known as "The Hole," according to the lawsuit.

Sheriff Phillips said Monday the cell, with typical amenities such as a commode, is set aside for inmates who may have a medical condition or may have problems getting along with other inmates.

Pemberton spent a week in the isolation cell before being returned to more general quarters, according to the lawsuit.

By July 20, the inmate's health was failing so badly that he was found lying naked and comatose in a cell floor in his own excrement and urine, according to the suit. His hands and fingers showed signs of gangrene and his body was covered with abscesses, cuts, bruises and abrasions.

A deputy found Pemberton unconscious in the cell, the lawsuit states. After debating what help to get him, authorities ultimately called a doctor who advised them to take Pemberton to the hospital, the mother alleges.

According to the lawsuit, some personnel tried to cover up the truth behind the inmate's deteriorating condition.

He first was treated at North Knoxville Medical Center before being moved to University of Tennessee Medical Center. Doctors there thought he'd been assaulted, according to the lawsuit.

The document states Sheriff's Office personnel had misstated and withheld from medical personnel the inmate's true medical problems. Doctors at the medical center determined his brain was no longer functional due to the infection, and he died the afternoon of July 20.

"From the minute he was processed and booked at the Scott County jail, Mr. Pemberton's complaints of pain and request for medical attention were altogether disregarded by corrections officers and jail nurses," the lawsuit states.

Within the last year, the lawsuit states, two other inmates also have complained about suffering poor health because jail personnel failed to respond to their requests for help, according to the lawsuit.

Defendants named in the lawsuit including the sheriff, various Sheriff's Office personnel and Advanced Correctional Healthcare Inc., which provided medical staff for the jail's health care.