Bob Thomas sent a memo Tuesday to school board members laying out his reasons for endorsing the change. 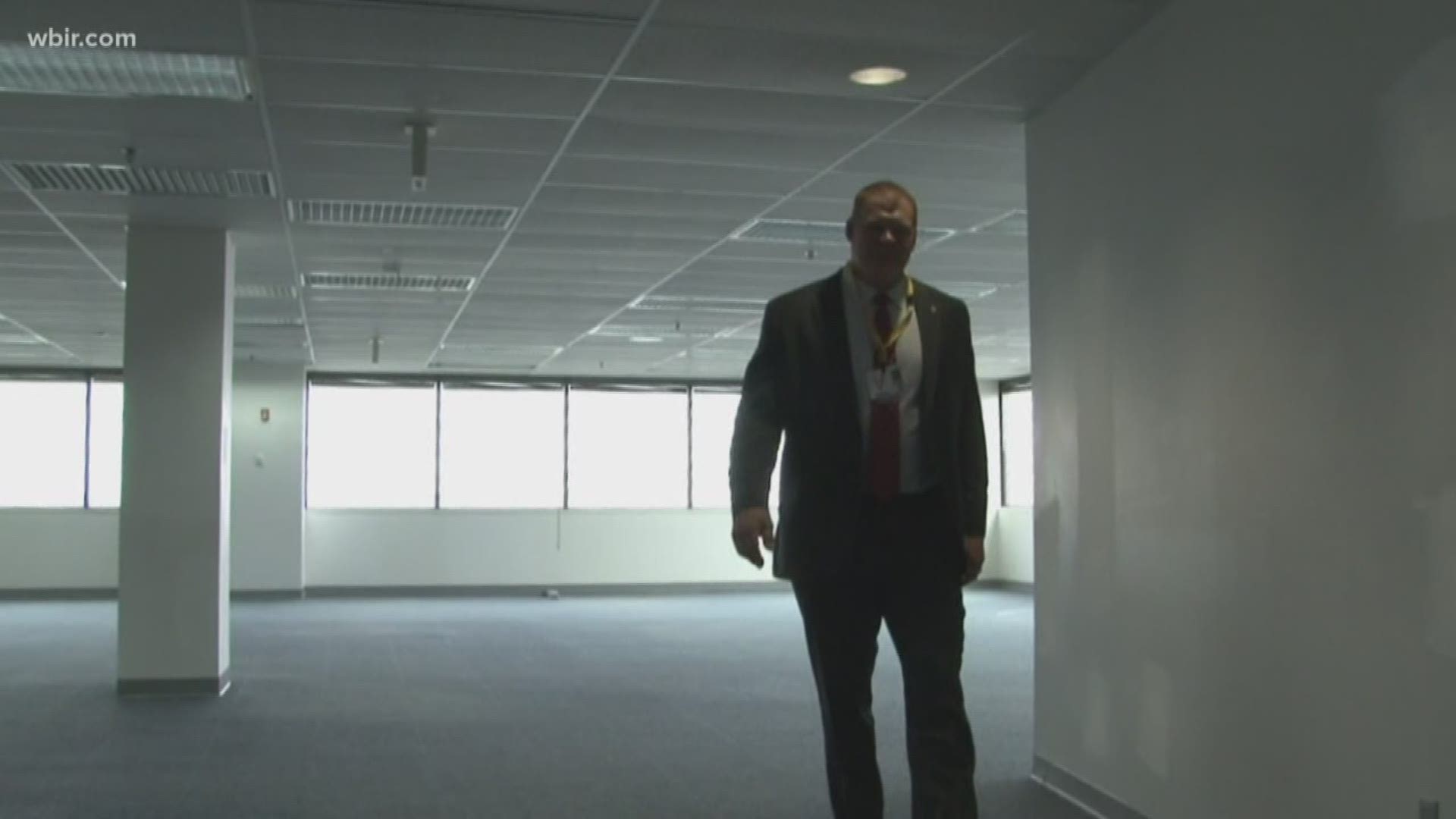 Thomas initially objected to the proposal by Mayor Glenn Jacobs and told county commissioners he'd not been fully consulted about it.

In a memo dated Tuesday, however, Thomas said he's gotten assurances that Knox County will assume operating expenses for the school system to occupy six of the tower's 12 floors. That means the costs won't be charged to the school system budget, freeing up more money for things like student needs.

"Our staff is currently working with the mayor's staff to develop a memorandum of understanding that would waive all East Tower operating costs for the initial 15-year lease term," the memo obtained by 10News states.

"Based on projected annual expenditures provided by the county, this would redirect approximately $15.8 million away from central office facility costs to students need and educational initiatives."

Knox County commissioners and school board members are expected in the coming weeks to be presented with contracts that would seal the deal.

Jacobs, his predecessor, Tim Burchett, and county staff have worked for nearly two years on a possible move.

TVA is offering the county the chance to essentially lease the entire 12 floors of the East Tower north of Market Square for 37.5 cents a square foot. That's dramatically below market costs for downtown office space.

In addition, the county would be able to buy TVA's nearby Summer Place office and garage, which includes 700 parking spaces. Purchase of that building would be $1.6 million.

The county would have to spend money to prepare the tower for occupation. Some offices could be in place by September 2020, but not all, according to officials.

The school system would take up the lower six floors and Knox County is negotiating to bring in the University of Tennessee System administration to take the upper six floors.

The UT Board of Trustees gave its blessing Friday for the system to reach an agreement to sublet the space from Knox County. It would consolidate staff now spread across several locations in Knoxville as well as the UT campus.

Interim System President Randy Boyd supports the move and has worked behind the scenes to get it done.

Thomas during a commission meeting in September appeared upset that momentum showed the move heading toward fruition. His staff has been party to ongoing talks about the move, according to county officials.

Thomas, in his Tuesday memo, said he's previously detailed objections including "the financial impact such a move might have on the school system."

The county argues moving the school system administration to the TVA tower will give employees better, more consolidated space. They're currently working in chopped space on Gay Street in the Andrew Johnson Building, built in the late 1920s as a hotel.

It will also allow the county to sell the building for commercial use and put it back on the tax rolls. A Nashville developer has bid $6 million to buy the building and turn it into a boutique hotel.

Thomas said his staff and Jacobs' staff have been talking to resolve his objections.

With the county ready to pick up the annual building operating costs, Thomas wrote, Knox County Schools will have money perhaps to hire student support personnel.

It could go to help children dealing with "substance abuse, suicide ideation, trauma, anxiety and stress."

"It is my understanding that a provision will be included in the (memo of understanding) allowing for the possibility to continue this arrangement beyond the initial 15-year term, which based on county projections would amount to $63.3 million over a 40-year period," Thomas's memo states.

There may be room for even more centralization, Thomas indicates, through digitization of school records and combining of school maintenance operations.

"Such initiatives could potentially free up additional space, which in turn could allow for the sale of both the Knox Central Building and Fifth Avenue properties in the future. We will also take a look at other practical methods for achieving operational efficiencies in order to maximize available resources for addressing the strategic plan initiatives of the district."

Some school board members and county commissioners have toured the tower space. Thomas has as well. Jacobs invited the media to look at it Oct. 28.

One criticism raised about the move is that TVA personnel would control security and access. That would require school employees working in the building to secure higher, federally authorized security documents.

There's concern the public wouldn't be able to gain easy access to the tower.

Under the proposed move, county public meetings would continue to be held at the City County Building several blocks to the south.

Jayne Burritt, chief of the Public Building Authority, which now oversees security for school administrators at the A.J. Building, said some seven to 15 people a day from the public typically go that building.