Synchronous firefly event canceled in Smokies due to COVID-19 precautions

The annual "light show" that draws thousands of people to see rare synchronous fireflies at Elkmont in the Great Smoky Mountains is canceled for 2020. 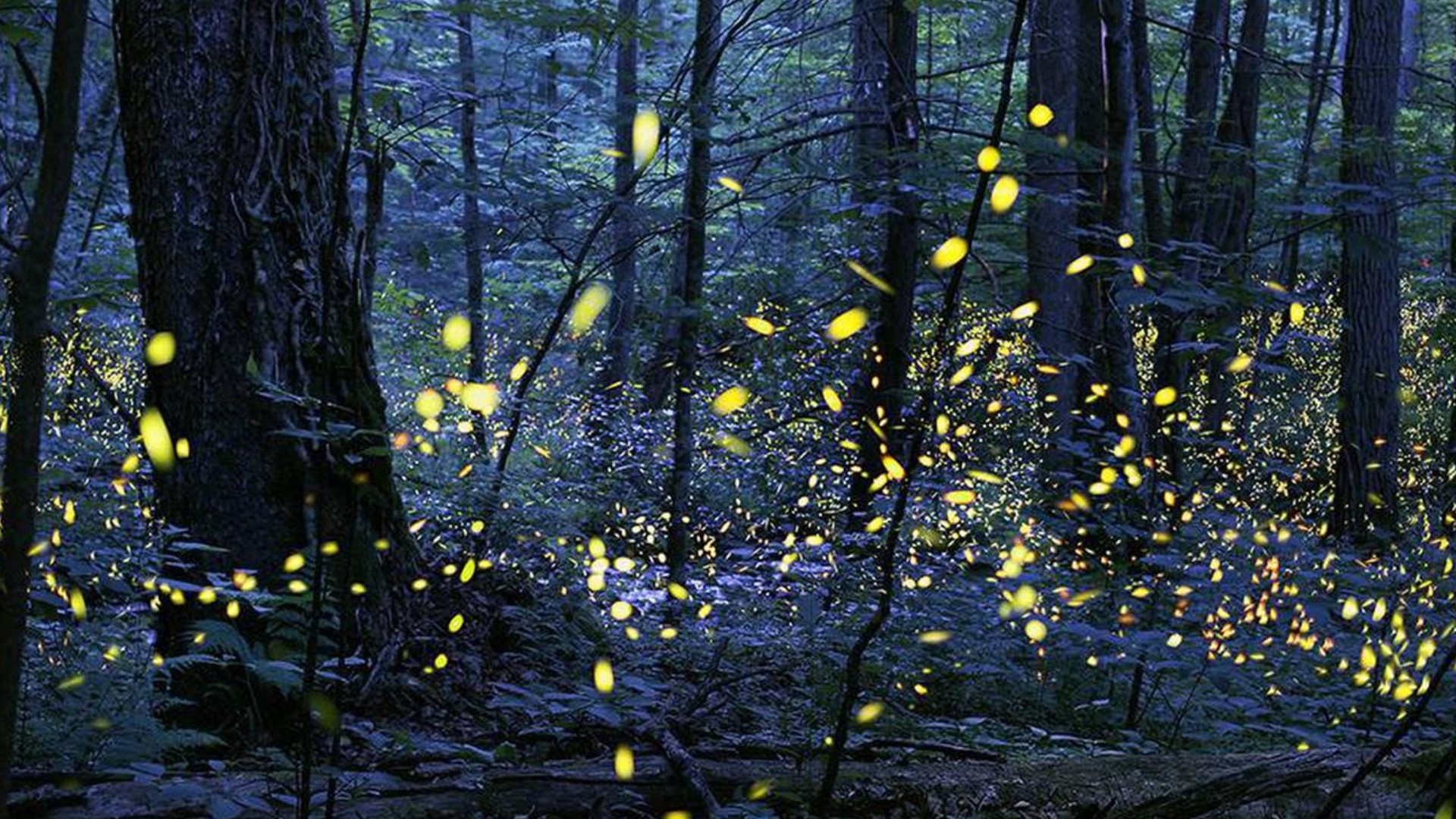 GATLINBURG, Tenn. — Whether you call them fireflies or lightning bugs, the 2020 synchronized firefly viewing event in the Great Smoky Mountains National Park (GSMNP) is now called off due to coronavirus concerns.

Late-April is normally when the park announces the dates for the week-long viewing event in the historic Elkmont district of the Smokies and holds a lottery for tickets. The viewing dates vary from late-May to mid-June each year, depending on spring soil conditions that predict when the beetles will emerge for their spectacular mating display.

The event grew so popular, the GSMNP started using a lottery system for tickets to the event and trolleys to shuttle ticket-holders to Elkmont.  More than 30,000 people enter the lottery for approximately 1,800 tickets. Prior to the cancellation decision, this year's lottery was supposed to open April 24 and close April 28.

"Our incident management team looked at every possible option to have a safe opportunity to view synchronous fireflies. With the safety guidelines from the CDC and what we anticipate will still be in place in late-May and June, we could not find any practical way to safely get people to Elkmont," said GSMNP spokesperson Dana Soehn.

The inability to maintain a safe social distance starts with the shuttles and continues on the trails.

"Everybody gathers at the Sugarlands Visitor Center parking lot where they wait in a very long line to get on the shuttles. It's congested in the parking lot, they are close together, and then we load them on trolleys in groups of about 30 people. Then we transport them up to the viewing area where they line up along a trail that's about a half mile in length. It's pretty congested all along that trail. About 1,000 people come each night. We also have people who walk up from Elkmont campground. There's a lot of congestion in a very small area for about a four-hour period."

The Smokies currently remain closed to fight the spread of COVID-19.  The park is working on a plan for how to reopen in phases.  As of now, there is uncertainty about when Elkmont will reopen to traffic and when the large Elkmont campground will allow campers.

The park considered allowing parking passes for ticket-holders to drive directly to Elkmont and bypass the shuttle system. But that would not prevent people from crowding the trails. It also makes it more difficult to control the size of the crowd when people arrive in personal vehicles with uninvited passengers.

Credit: WBIR
A female synchronous firefly flashes on the ground to answer the mating calls/flashes of males flying overhead.

"For us to start the planning process to fully execute the lottery system and all of the shuttle operations, we have to start that planning now. And there simply isn't enough time. Right now, I cannot even guarantee the campground will be open by the end of May," said Soehn.

The GSMNP explored setting up a web camera to stream the event. However, there is no internet connectivity in Elkmont. Even if a strong connection existed, the larger issue is the difficulty photographing lightning bugs during the darkest times of night. Their flashes are on the fringes of the visual spectrum of light. They appear bright to us, but cameras struggle to capture their appearance.  Most still photographs are long exposures that capture several seconds of flashes in a single image.  For video, quality footage requires expensive cameras and lenses with extremely sensitive sensors in low-light.

The shuttle and lottery systems were implemented to help protect the rare species of synchronous lightning bugs, whose scientific name is Photinus carolinus. As crowds grew larger each year, spectators ventured off the trails and harmed females that lie on the ground while amorous males fly overhead and flash.

The synchronous fireflies in the Smokies do not flash in perfect unison. What makes them synchronous is they flash and stop flashing in waves of twinkling lights and pitch dark.  After a few seconds of darkness, the males fire up and flash furiously and then stop for several seconds, repeating the cycle for a couple of hours.  One theory is the males cooperate and stop flashing for a few seconds so they can spot the females on the ground that respond to their mating beacons.

Lynn Faust of Knoxville made the world aware of the synchronous species in the Smokies.  Her family owned one of the cabins in Elkmont and spent years enjoying what they called "the light show."

A long-exposure photograph shows six flashes from a single synchronous firefly as it moves through the air in the Great Smoky Mountains in June 2017.

In the early-1990s, Faust read an article in Science Magazine that claimed the only synchronous fireflies in the world were in Asia. She contacted researchers and made them aware of the lightning bugs in Elkmont.

Prior to Faust's discovery, she was unaware there were multiple species of lightning bugs. It sparked an interest and passion that led to decades of personal research. Faust is now among the leading lightning bug experts in the world and  wrote the first field guide for dozens of lightning bug species in North America and Canada.

"Whenever you can see the show at Elkmont, it is going to be enjoyable.  It is something everyone should do once in their lives.  But I want people to know they don't have to come to the Smokies.  There are so many different species of fireflies in East Tennessee from March until frost.  Get out and find your own little secret spot to enjoy. There are many species in your back yard and the tops of trees at different times of the year and different hours of the night," said Faust.

There are other locations to view the Phontinus carolinus synchronous species throughout the southern Appalachians. Elkmont is unique for its accessibility and large population of the insects in a national park setting unimpeded by artificial city lights.

Faust said you can help lightning bug populations by reducing the amount of artificial light at your homes, especially from April through July. Flood lights and landscaping accent lights that illuminate trees make it extremely difficult for lightning bugs to find a mate.

RELATED: May 2016 - Lights off for the love of lightning bugs

There are other more common species of synchronous fireflies, including one referred to as "snappy syncs." These beetles do not flash in the synchronous waves of glitter and darkness like the ones at Elkmont. Rather, they flash rapidly and continuously with many blinking in unison.  Some private property owners have opened their gates to allow viewing of the snappy sync species, usually in mid-to-late June.  No announcements have been made on whether these events will continue amid COVID-19 concerns.