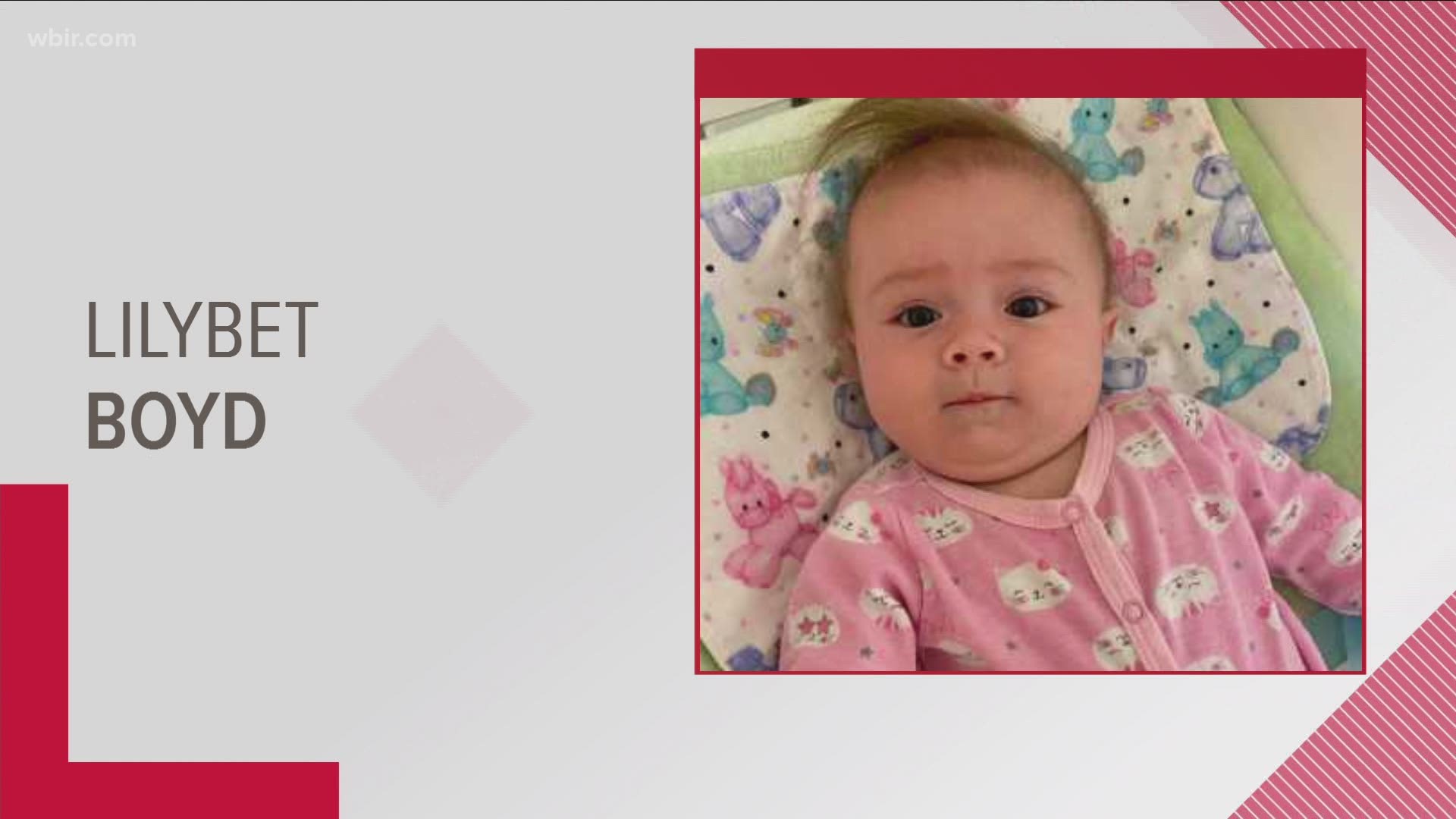 They said Lilybet is safe and a suspect is in custody.\

UPDATE: Lilybet Boyd has been found safe in Montgomery County, after authorities located the vehicle mentioned in the alert.

The baby is safe and a suspect is currently in custody.

Thank you for joining us in holding out hope for this kind of a resolution!#TNAMBERAlert pic.twitter.com/sMYAybj0oP

The Tennessee Bureau of Investigation issued an AMBER Alert for a missing 6-month-old girl from Roane County on Tuesday.

They said that Lilybet Boyd was last seen Tuesday wearing pink pajamas. They also said that she could be in a dark blue, 2016 Ford Explorer with a temporary Tennessee tag — QGJ88B1. They also said a Carmax tag could be on the front of the car.

The TBI said that she is 16 pounds and 25" tall with blonde hair and blue eyes. She went missing from a home in Oliver Springs, according to a release from officials.

Anyone with information about Lilybet's location should call 1-800-TBI-FIND.

#TNAMBERAlert: We're issuing an AMBER Alert in the search for 6-month-old Lilybet Boyd, who is missing from Roane County.