Authorities said that they were continuing to search for a 1998-2000 maroon or red Toyota Tacoma, with a full bed ladder rack. 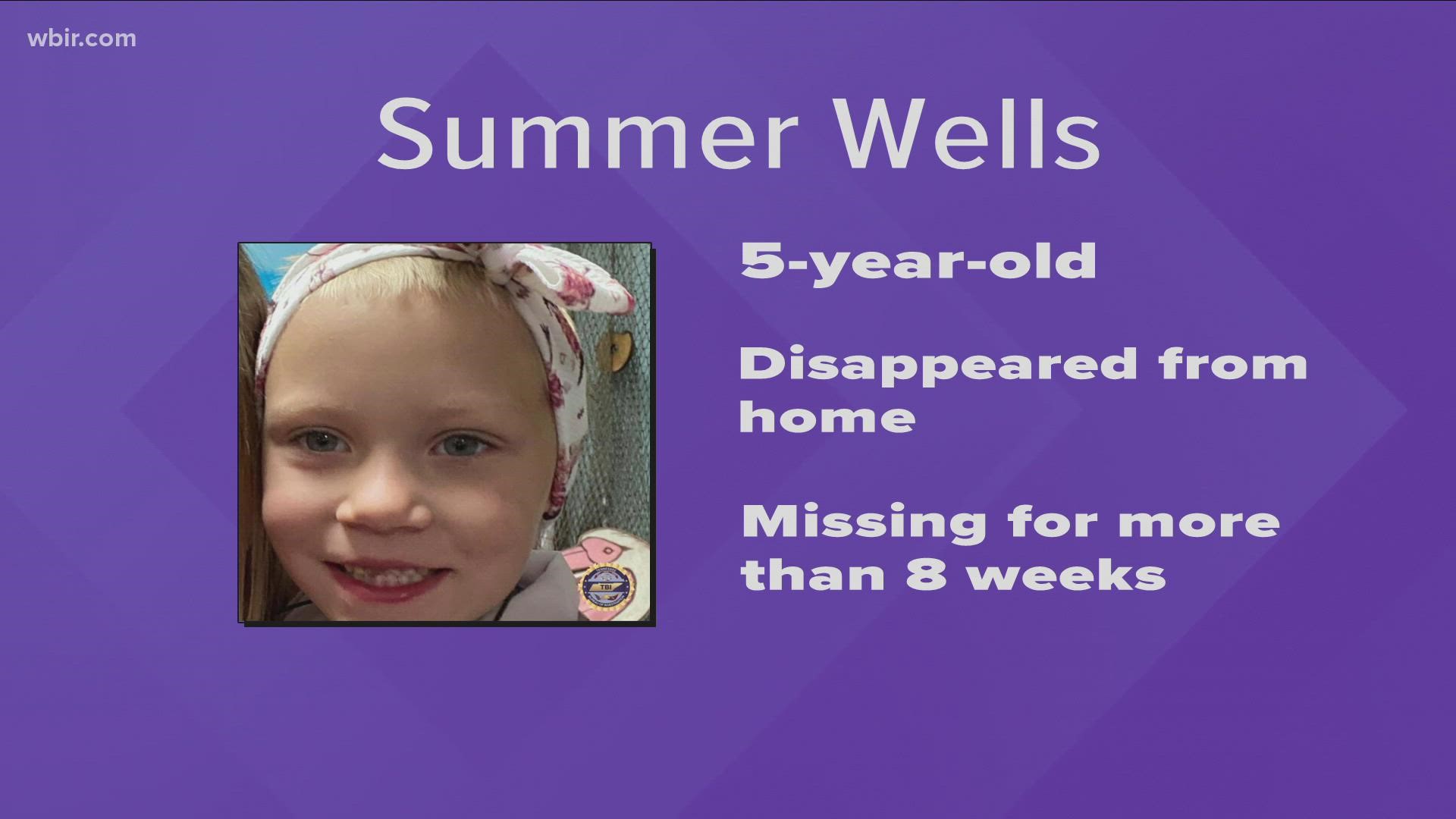 HAWKINS COUNTY, Tenn. — The Tennessee Bureau of Investigation and Hawkins County authorities said that they are continuing to look into the disappearance of 5-year-old Summer Wells more than 8 weeks into the Amber Alert.

The Hawkins County sheriff said people call to ask them if the investigation has ended: it has not. He said officers continue to search for clues.

"Our number one goal is to find Summer. And everybody is still a suspect or person of interest. And we're still very intensely looking into it," he said.

Authorities said that they are searching for a 1998-2000 maroon or red Toyota Tacoma, with a full bed ladder rack and white buckets in the truck bed. They said that investigators learned a truck matching the description was seen in the area of Beech Creek Road and Ben Hill Road in the late afternoon to early evening on either June 14 or June 15.

They said a photo of what the truck may look like has circulated on social media, along with claims that the truck had been found. Police emphasized that those claims are not accurate and the photo was not released by authorities.

The TBI also said that they learned of people asking for donations from the public, pretending to be helping law enforcement search for Wells. They said no agents and detectives have asked for investigative help from any private citizen.