Since 1948, 112 workers for the Tennessee Department of Transportation have been killed in the line of duty. 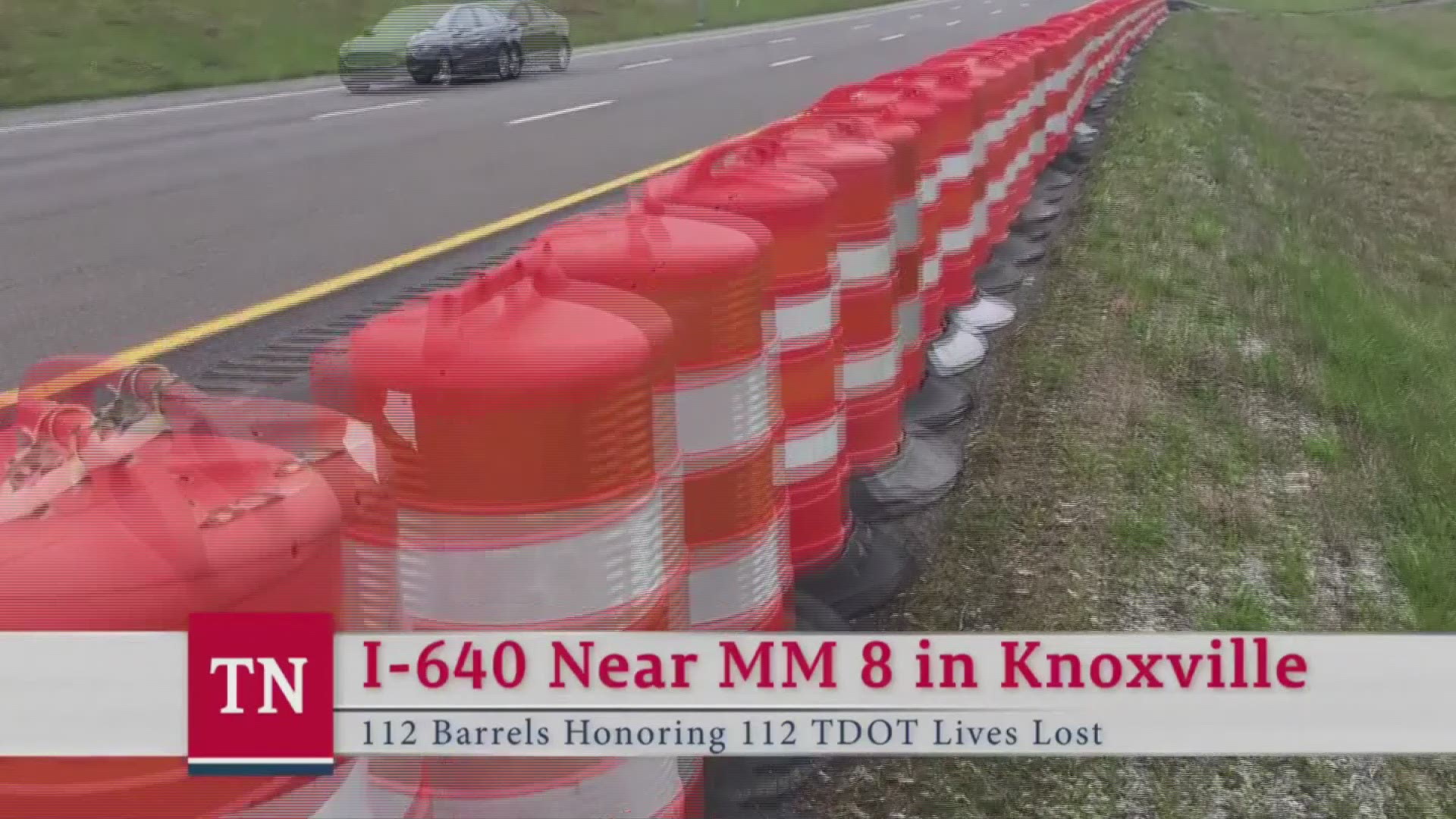 This week is National Work Zone Awareness Week to remind folks on the roads to put move over and slow down for highway workers.

Since 1948, 112 workers for the Tennessee Department of Transportation have been killed in the line of duty.

Across the state, you'll see special displays to honor those workers including 112 orange cones lined up on the side of the interstate at I-640 near mile marker 8 in Knoxville. You'll notice other displays along I-75 at Exit 9 in Chattanooga, I-40/I-65 split near Demonbreun in Nashville, and 300 Benchmark Place in Jackson at the TDOT Regional Office.

It is National Work Zone Awareness Week. 112 orange barrels have been placed along I-640 near MM 8 in Knoxville, honoring the 112 @myTDOT workers that have died in the line of duty since 1948. #NWZAW #WorkWithUs pic.twitter.com/WdBg59xSer

This Wednesday, April 11, is “wear orange day”. TDOT asks you show your support for National Work Zone Awareness by wearing orange. The Henley Bridge will also be lit in orange on Wednesday evening.

Work Zone Safety week also serves as a reminder that winter can slow down road work so crews will be ramping up all spring and summer long.

TDOT has asked motorists to take the "Work With Us" pledge by using #WorkWithUs.

Three @myTDOT workers lost their lives in the line of duty in 2016. Please take the "Work With Us" pledge to move over and slow down when you see our workers, emergency personnel and other first responders on Tennessee roadways. #NWZAW #WorkWithUs https://t.co/ef7X4kA9mY pic.twitter.com/xgpWBNsRIu

Click here to open a printable copy of the pledge to fill out.

The Work With Us Pledge states: "I want to do my part to help every TDOT worker make it home to their families each night. By signing the Work with Us pledge, I promise to move over and slow down the TDOT workers and other first responders while driving on Tennessee roads."

There is an ever present reminder of the 112 lives lost in the line of duty at @myTDOT offices across the state. Here in Knoxville, we have this plaque in the Region 1 office lobby. #NWZAW #WorkwithUs pic.twitter.com/IBu3gxvITy

“2016 was a tragic year for our TDOT family; three employees were struck and killed by passing motorists,” TDOT Commissioner John Schroer said. “We have hundreds of employees working on our highways each day. Safe driving is everybody’s responsibility and we need motorists to work with us by moving over and slowing down for TDOT workers or first responders working along our interstates and state routes. Please pay attention to signs, reduce your speed, and move over when possible.”

Here is a list of TDOT workers that had died in the line of duty since the late 1940s: