Hedy Hilts Collins said she and the six kindergarten teachers at her school would like to see less testing in the classroom. 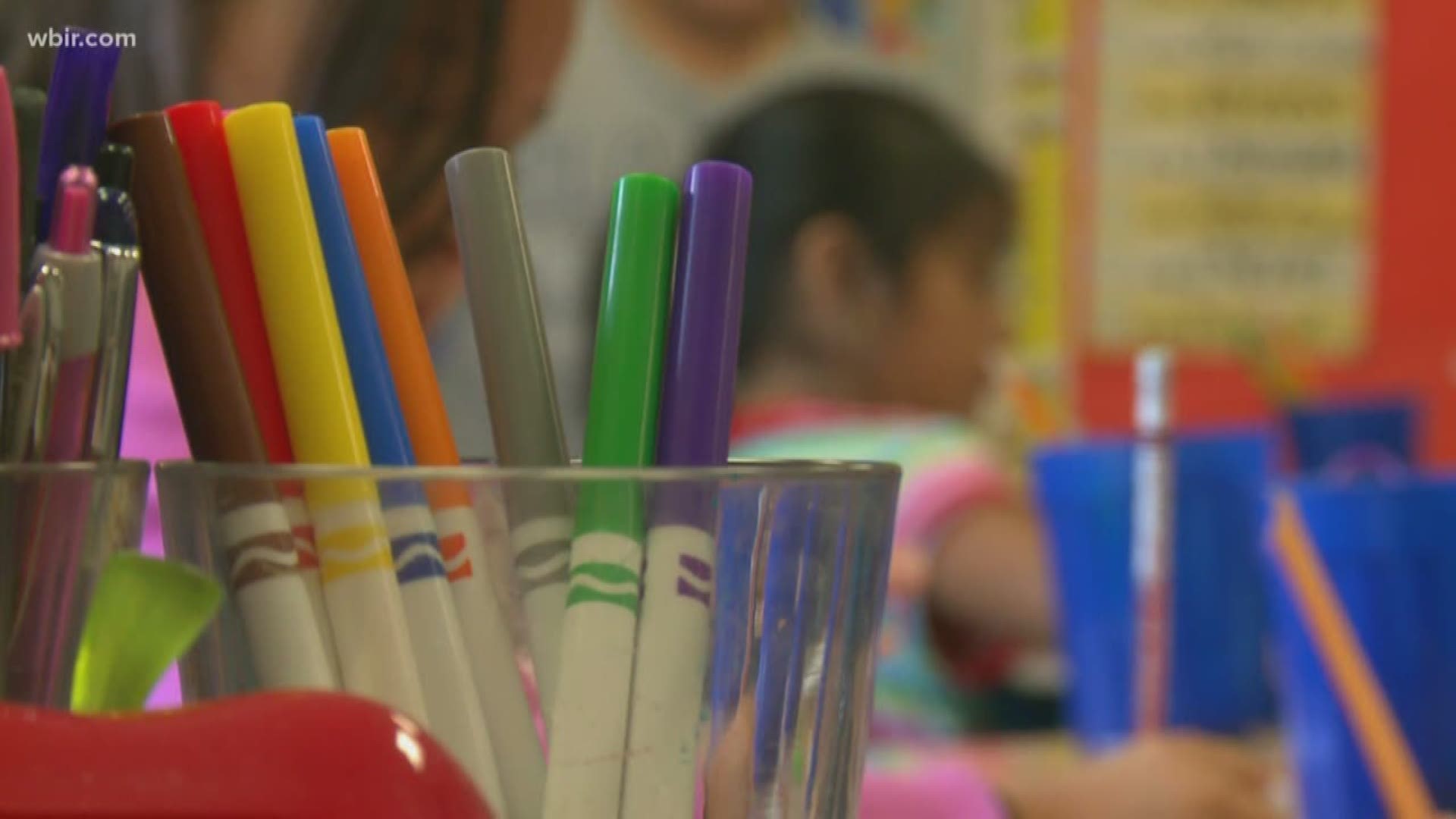 "I am gravely concerned that the expectations that our school district has set upon our kindergarten students are causing feelings of frustration and failure," she said that night.

Collins said she got the idea after she saw her colleagues calendar for the rest of the years. She said through flipping through it she noticed over 50 days teachers had to administer or work on some type of student measurement.

"I was concerned so I met with the six kindergarten teachers at my school and we all agreed we were going to go to the board of education and share our thoughts," she said.

The group went together but Collins got up to speak on behalf of everyone.

Her calendar includes different types of measurements from iReady and Portfolios to AimsWeb and the Kindergarten Report Card. However, Collins said some of those processes are mandated by the state and several only call for one student at a time for a minute or two.

Knox County Schools said it uses mandates measurements by the state to catch at risk students as early as possible and it uses AimsWeb to help with that. It also coordinated with teachers and parents to revise the report card in 2018. It notes some of the measurements are flexible in regards to timing and can vary by grade and school.

Collins said she understands all of this.

"We don't have any complaints or gripes towards Knox County," she said.

However she said she and her colleagues are hoping together they can spur some conversation among other educators and eventually take their concerns to the state.

Knox County Schools and Collins said the student measurement can look different depending on the school and the grade. Collins said she would like to see what other educators think too.

"If you care about our students please don't hesitate to reach out to our state and our leaders and Nashville about how we could make some change," she said.