Tee Martin: We haven't decided yet how to use jersey proceeds to help community 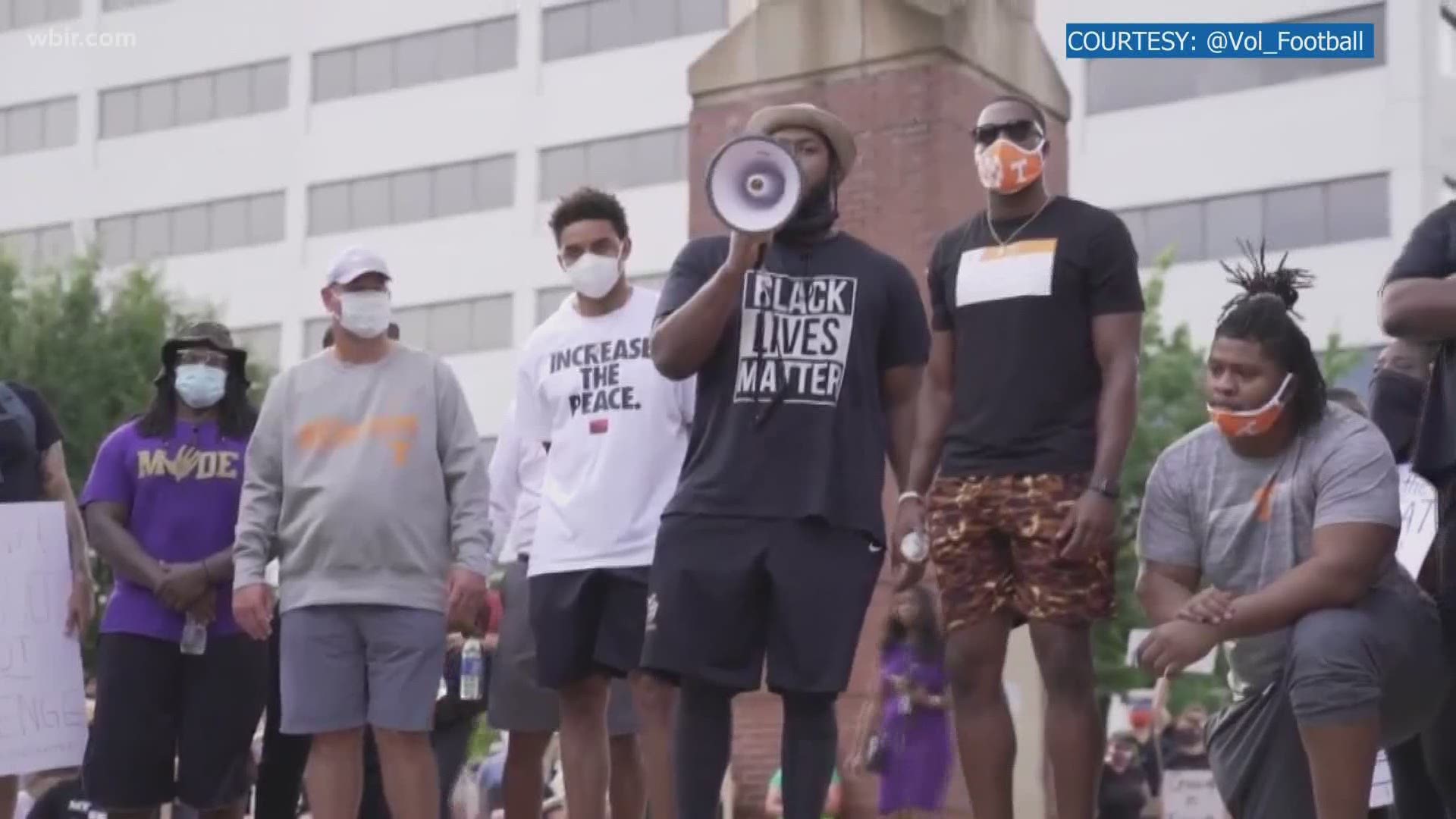 KNOXVILLE, Tennessee — UT assistant head coach Tee Martin said Friday it's still undetermined how money raised by the planned sale of black jerseys following a game against Kentucky would be used to help the community.

RELATED: Student no longer enrolled at UT after 'violent and disturbing racist' video

Martin said no decision has yet been made on just where proceeds would go from a jersey sale. 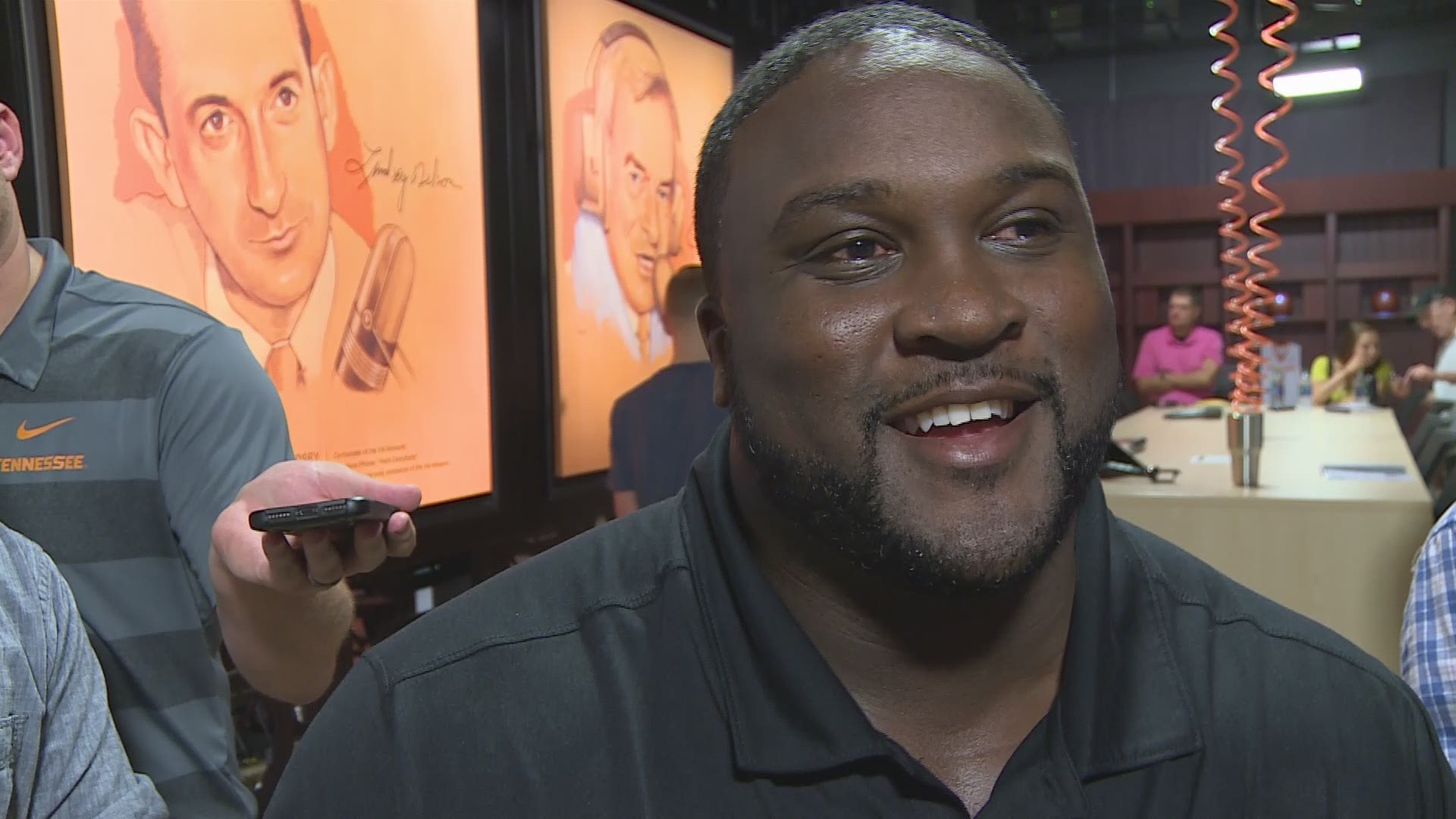 The important thing is to help the community, he said. He offered as an example the local Boys & Girls Club or another kind of service organization. He said the committee hasn't talked specifically about donating to "that organization," meaning Black Lives Matter.

"Once we get our eyes on who we can help and how we can help them, then we’ll proceed on that," said the former Vol who quarterbacked the 1998 National Championship team. "That’s as far as  that has gone so far."

Pruitt announced plans Thursday for players to wear black jerseys for the first time since Halloween 2009.

Martin said he hoped and planned that UT would be able to play football this fall. He praised team members for coming to campus to take part in voluntary workouts.

Martin said on Swain's show he was heartened by how the team, the university and the community at large have responded in wanting to improve communications and understanding between Whites and Blacks in society.

One day, we may look back at this moment and see it as a historic moment of transition, he said.

Martin also said players already had been pushing to wear the smoky gray or black jerseys again. National events, including the death of George Floyd and ensuing demonstrations, spurred the idea to become reality, he said.

Pruitt, he said, has been supportive and quick to take action.

On Friday, June 5, Pruitt joined players in taking part in a peaceful demonstration that gathered downtown at Market Square.

Martin said the head coach is someone who acts with purpose and wants to make changes that will help his team and help the university. He said he's also been impressed by support from the university administration and the public at large.

The team's new culture committee has widespread player support -- White and Black -- and already has met a couple times to talk about ways to take action.

"We felt the need to use our platform to help make a difference," he told Swain.

One thing Martin said everyone can do to be better is to engage in conversations with all kinds of people and to really listen to what they have say. Understanding people, even having conversations that are uncomfortable, leads to a better society, he said.