The pair were part of a larger group of hunters from Tellico Plains who baited and trapped bears inside the Cherokee National Forest in July and August of 2018. 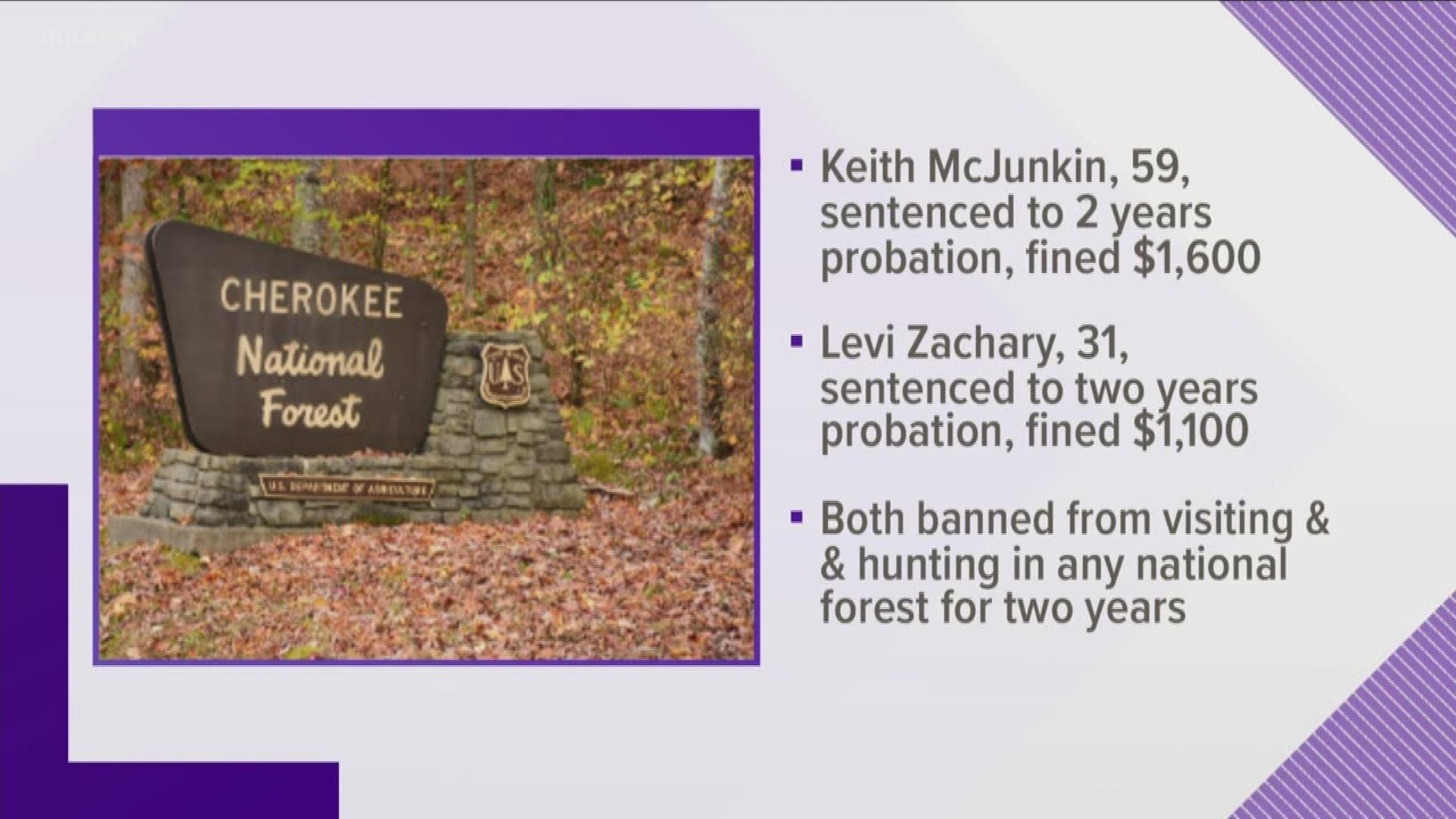 TELLICO PLAINS, Tenn. — Two men from Tellico Plains are banned from hunting in or even entering any national forest for two years after being convicted of poaching bears in the Cherokee National Forest (CNF).

A federal judge found Keith Bernard McJunkin, 59, and Levi Zachary Wilson, 31, guilty of baiting bears inside the CNF on Sept. 4. Each man received two years of probation in addition to the ban. McJunkin was also ordered to pay $1,600 in fines and Levi Wilson was ordered to pay $1,100 in fines.

The pair was part of a larger group of hunters from Tellico Plains who baited and trapped bears inside the Cherokee National Forest in July and August of 2018.

Terry Worth McJunkin, 37, Joseph Don Taylor, 38, and Derrick F. Cathey, 32, each previously pleaded guilty to hunting bear over bait. Terry McJunkin was sentenced to 5 years of probation with a 5-year hunting ban and 5-year national-forest ban and ordered to pay $4,000 in fines.

"Wildlife Officers along with the dedicated determination of the US Attorney’s Office, determined that evidence was conclusive enough for prosecution in federal court. Officers confiscated illegal bait, the large steel cage trap and trail cameras at the site," a TWRA release said.

RELATED: Hunters aren't having a hard time this season with the recent increase in bear sightings

"All officers involved are to be commended for stopping this illegal, poaching activity. We’re grateful for the tremendous partnership with the Forest Service and we are determined to continue efforts to halt all poaching, illegal activity on all our Wildlife Management Areas and National Forest lands. We’re grateful for the Department of Justice and US Attorney’s Office for their effort in prosecuting wildlife cases," TWRA Officer Kip Kite said.

It is illegal to place bait on a Wildlife Management Area and to hunt any big game over bait anywhere in the state of Tennessee.

Bear hunting is legal in the Cherokee National Forest during the season and in certain districts.