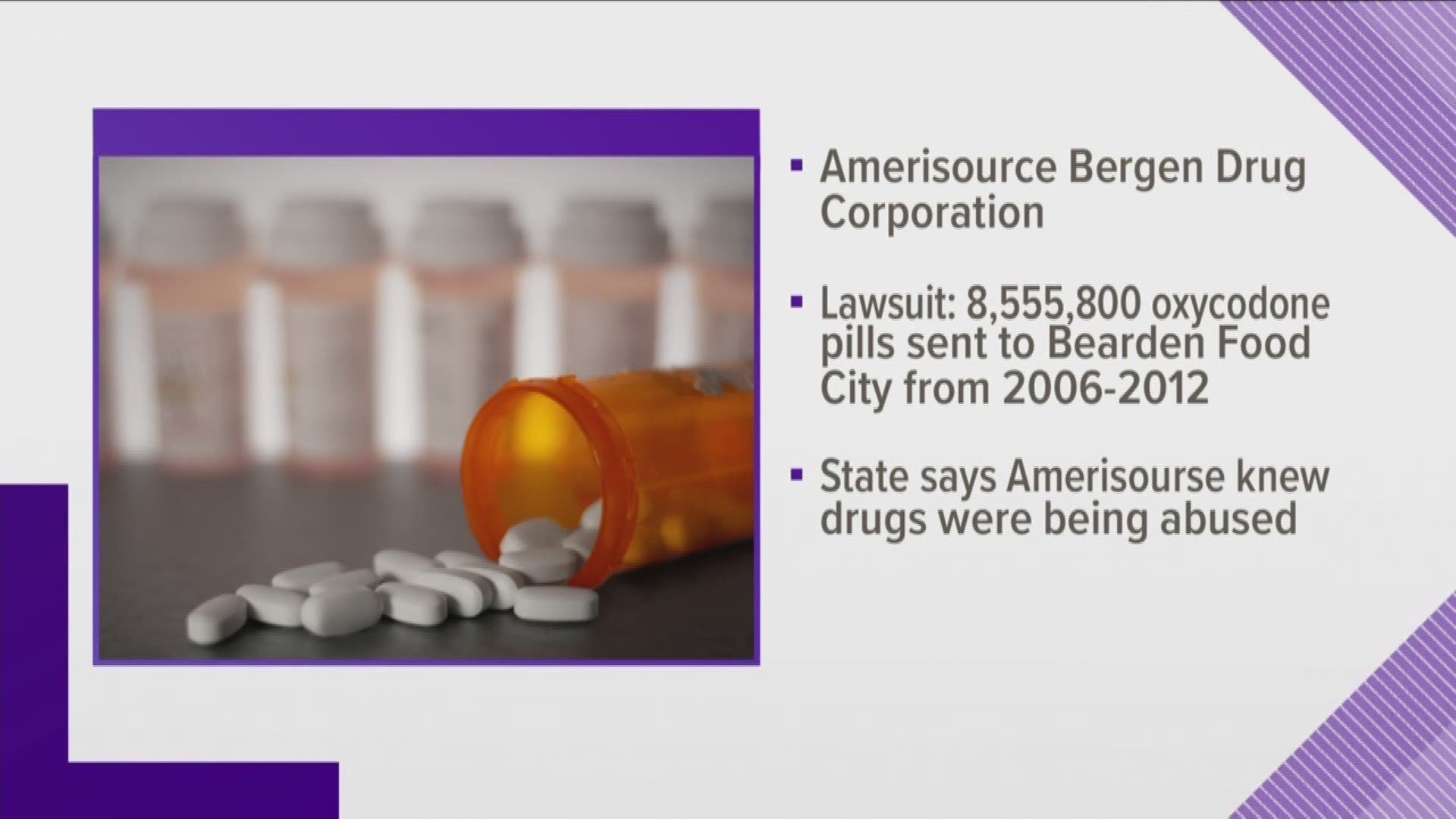 NASHVILLE, Tenn. — According to the Tennessee Attorney General, a single corporation distributed millions of oxycodone pills -- all from one Food City in Knoxville.

In a statement, Slatery said Amerisource distributed 8,555,800 immediate-release oxycodone 30 mg pills from 2006 to 2012. All the pills came from the Food City in Bearden, located on Kingston Pike in West Knoxville.

"The numbers don’t lie," Slatery said. "Amerisource made billions. On the other hand, Tennessee has to deal with the consequences of a public health crisis whose severity and destruction I find really hard to describe.”

Amerisource is one of the largest opioid distributors in the country. The state's 230-page complaint alleges that the company shipped millions of opioids over the six years -- knowing that the drugs were being abused and sold on the street.

"We believe the company actively subverted and exploited its unique position in the opioid supply chain and its market power to maximize profits," Slatery said.

Like the lawsuits against opioid manufacturers Purdue Pharma and Endo, the Attorney General requested this complaint be filed under a temporary seal because Amerisource previously claimed the information it produced during the state’s investigation is confidential.  The seal will automatically expire unless Amerisource or another party that provided information moves to keep it in place.