Tennessee bill seeks to raise minimum wage to $15 per hour

If passed, the Tennessee Minimum Wage Act would require employers in the state to pay employees at least $15 per hour after July 1, 2020. 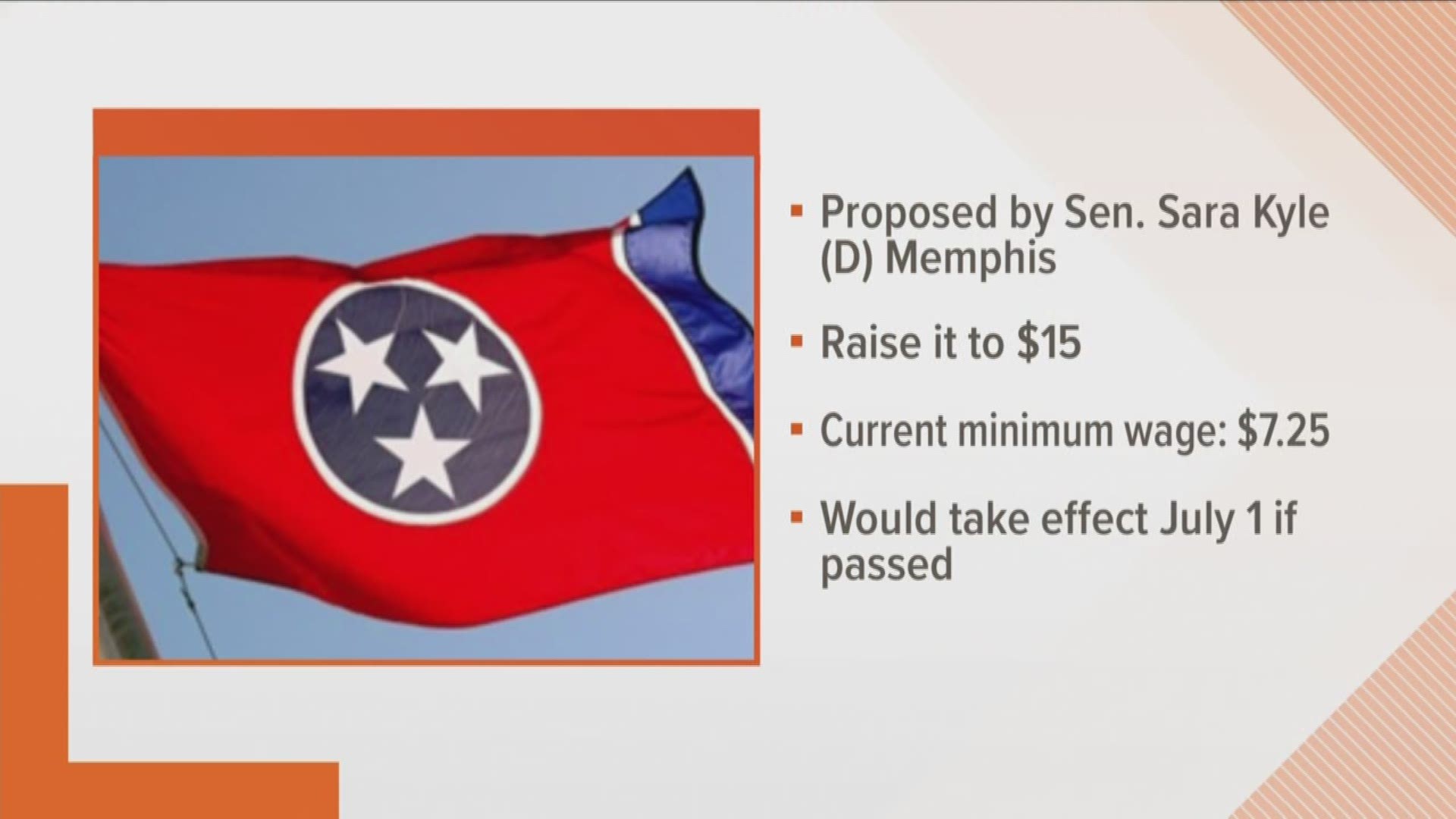 A bill filled in the Tennessee legislature this week is seeking to more than double the minimum hourly wage for employees.

Sen. Sara Kyle (D-Memphis) introduced SB1788 on Wednesday. The bill is called the "Tennessee Minimum Wage Act" and would seek to raise the current minimum wage in the state from $7.25 to $15 per hour.

Sen. Jeff Yarbro (D-Nashville) filed SB1797, a bill that would also increase the minimum wage for state employees to $15.

An earlier version of this story credited Sen. Yarbro with the Tennessee Minimum Wage Act, and that is incorrect. WBIR regrets the error.

RELATED: Can you live comfortably on a 40-hour wage? Study says no