The amount of state licenses for industrial hemp production in Tennessee grew to 226 in 2018, nearly triple the amount of licenses one year ago. 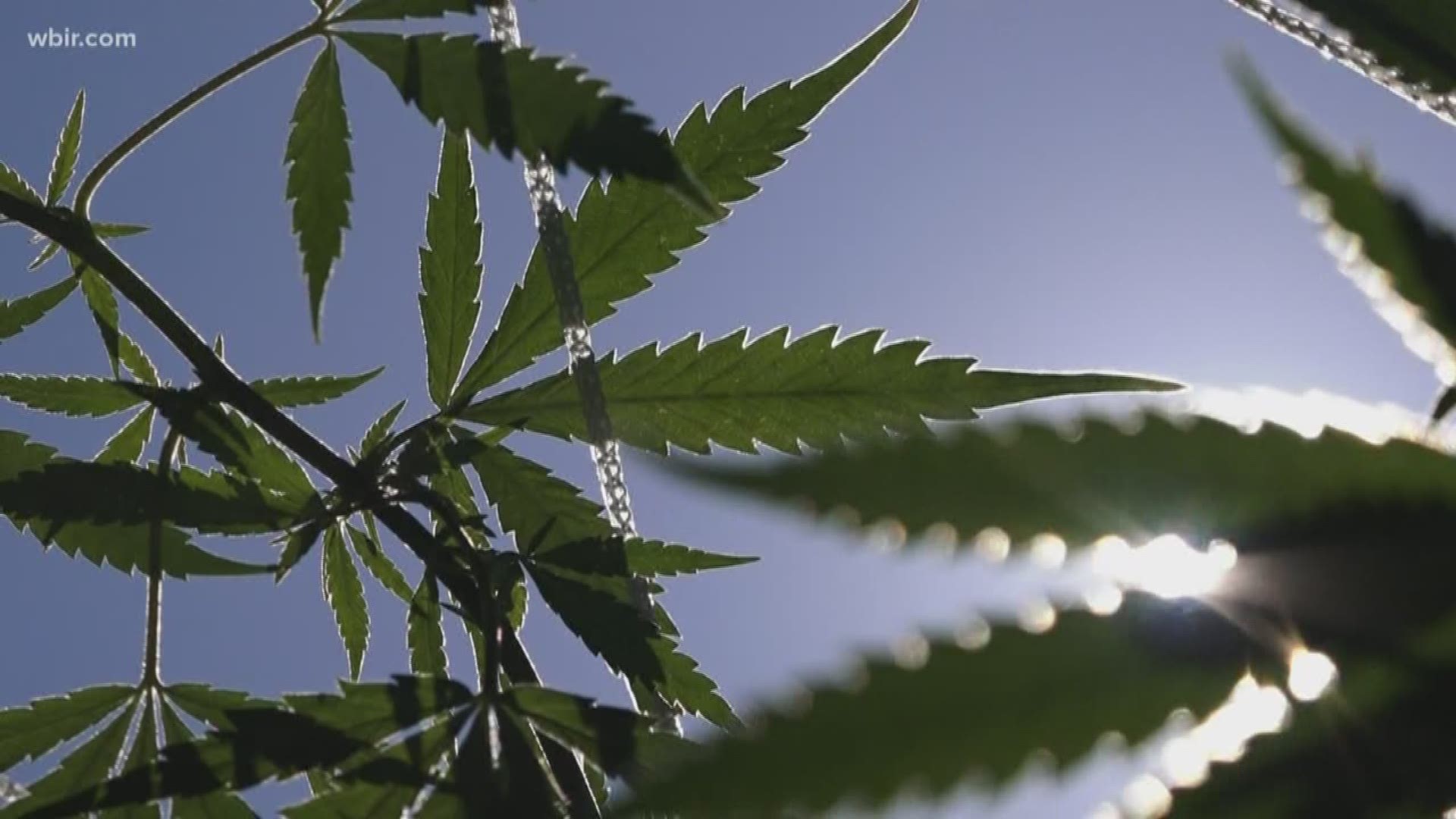 Maryville — Ryan Rush's back yard in Maryville is covered with leafy plants, a greenhouse, cameras, signage to prevent a costly case of mistaken identity.

"This is not what you think it is. This is industrial hemp. You could smoke a rope of this stuff and it won't get you high. We are not hiding anything, so this is obviously not weed," said Rush. "Our first year, we had someone steal a few plants because they thought it was marijuana."

Ryan Rush at his industrial hemp farm in Maryville.

This is Rush's third year with a license from the state to produce industrial hemp as part of a pilot program with the Tennessee Department of Agriculture. He says most people now understand the plants are not marijuana, so he spends more time having alphabetical conversations.

"I'm explaining to people the difference between CBD and THC," said Rush.

THC is what causes the high when using marijuana. Hemp only produces a tiny amount of THC compared to the amount that comes from marijuana buds. Hemp is loaded with CBD, which is short for cannabidiol. CBD does not get you high and is one of the latest trends in wellness products.

Signs warn outsiders and would-be-thieves the industrial hemp plants contain no THC and should not be mistaken for marijuana.

"You can extract CBD and use it in oils, capsules, vape products, salves, lotions, and so on. There are a lot of nutritional values and medicinal values," said Rush. "Right now, CBD is propping up the entire hemp industry."

CBD is one of the reasons the number of industrial hemp growers in Tennessee has nearly tripled in the last year from 79 in 2017 to 226 in 2018. State agricultural leaders want Tennessee to become a national leader in industrial hemp and issue the licenses for research on a product that currently lacks surefire research for best practices.

"We are sort of the guinea pigs. Anyone and everyone can get a license. It costs $250 and two dollars per acre," said Rush. "It is my hope people eventually will not need a license. It should be something anyone can grow. It has benefits to your endocannabinoid system and should be used like a vegetable in terms of consuming it."

Industrial hemp plants soak up the sunlight at Rush Hemp Farms in Maryville.

While most farmers are focused on extracting CBD due to its profitability, hemp has long been used for products ranging from textiles to manufacturing. Right now, those applications are not money-makers. Rush thinks it will take a few years of work by someone in a financial position to lose money to develop breakthrough products that will ultimately become popular and profitable.

"There are some really creative applications for hemp. Textiles, fibers, roofing products, car door panels, plastics, battery graphene, biofuels, and a lot more. Of course, you also have the agricultural use for consumption and CBD. I have around 30 to 40 people calling me every day wanting to know about producing industrial hemp. You've got some really awesome farmers turning over a lot of money where their tobacco farms were dead five years ago," said Rush.

Rush says he is not worried about the influx of competition or an overgrown market.

Rush Hemp Farms grows industrial hemp in the back yard of a home in Maryville.

"I love it. There is more competition, but at the same time they are giving the product more attention and there will be more customer base. Right now, only 3 percent of the country even knows about this product. I think it is great [to have more producers]," said Rush.

The state issues and reviews its hemp licenses on a year-to-year basis. The state begins taking applications for 2019 on Nov. 15, 2018 and closes the application process on Feb. 15, 2019.