The bill would change the minimum age Tennessee issues marriage licenses to 18. 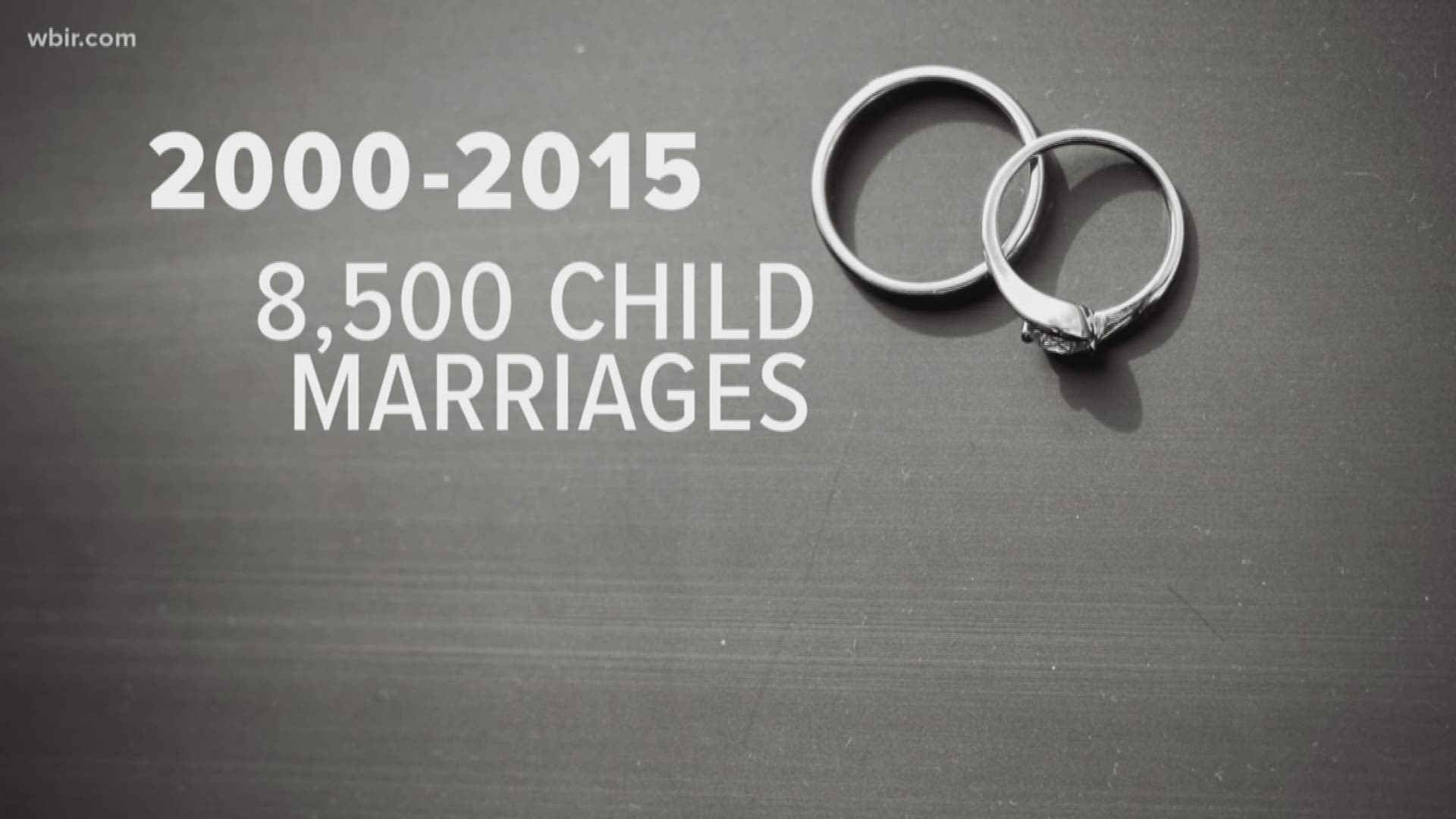 Men in their 30s marrying 10-year-olds--one activist says it has happened in Tennessee. Now, Tennessee lawmakers are pushing for change.

"I think a lot of people just didn't realize that child marriage was such a significant problem here in Tennessee," said founder of nonprofit Unchained At Last Fraidy Reiss.

"It's rare that there's a positive outcome from a child marriage," Reiss said.

"Our law has been lax enough that it’s been targeted, frankly, by criminals in other states, and it's time that we fix it," state Sen. Jeff Yarbro said.

Yarbro, D-Nashville, sponsored Senate Bill 1790, which would make the minimum age to get married 18 in Tennessee.

According to Yarbro, there were more than 8,500 child marriages in Tennessee between 2000 and 2015, and more than 85 percent of those marriages are an underage girl marrying an adult man.

"Tennessee needs to be once and for all out of the business of putting young people out of that circumstance," he said.

"Married, abused, divorced, had a baby, lost custody and ended up homeless, all before she was 16," Yarbro said, citing the story of one Tennessee child marriage.

Under current Tennessee law, a child who wants to marry an adult needs parental permission if he or she is 16 or 17 years old. For a child under 16, a court can grant permission.

That's what Reiss hopes to fight.

"I founded Unchained to help other women and girls who are either trying to tell their parents, 'No, I don't want this marriage,' and the parents aren't listening, or are already in a forced marriage and are trying to get out," she said.

Reiss said there are three cases in which 10-year-old girls have married men in their 30s in Tennessee since 2001.

"I realized very quickly, there was almost no way I could help these girls, and that's why I set off on this crusade," she said.

The marriage bill passed the Judiciary Committee on a 7-0 vote Tuesday, with two abstentions. It now heads to the Senate floor. A companion bill in the House has been assigned to the Civil Justice Subcommittee.