The art-wrapped containers will keep the river beautiful, in more ways than one. 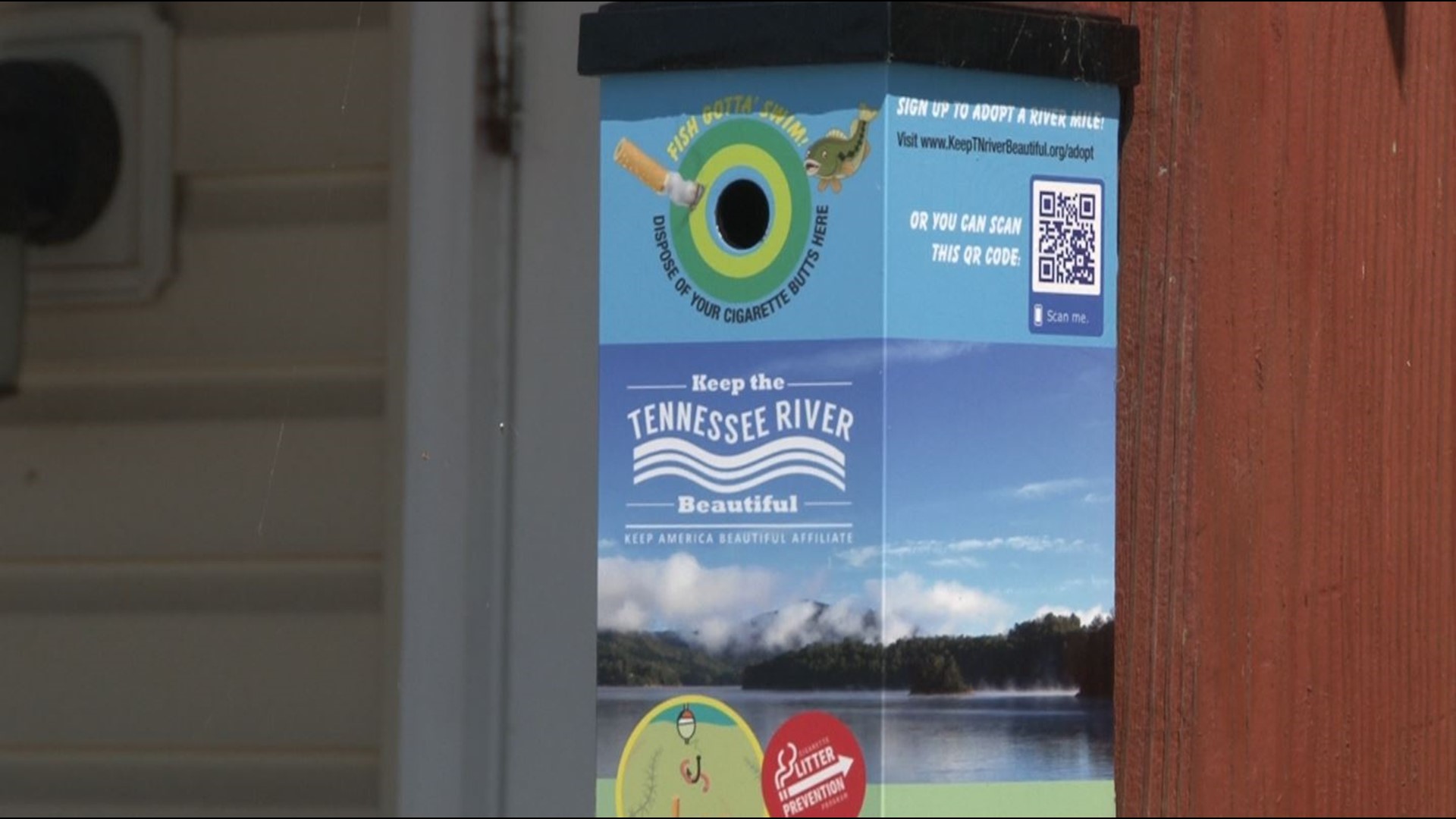 KNOXVILLE, Tenn. — Marinas along the Tennessee rivers are getting art-wrapped waste bins to keep the waterways beautiful and cigarette butts out of the rivers.

The Executive Director of the project, Kathleen Gibi, said the filters in cigarettes are particularly harmful.

"These filters are filled with tiny plastic fibers. So, as soon as they get into the water and break down, it never truly biodegrades. You've just got little plastic fibers floating in the water," Gibi said.

Gibi said that many marinas do not allow smoking, so nearby areas are littered with cigarette butts.

"80% of the litter in the waterway, was originally on land. Either winds or rain pushed it into the waterways," Gibi said.