As students head back to class in Tennessee, a bill signed into law by Governor Haslam in April is making the motto 'In God We Trust' a staple in all Tennessee schools. 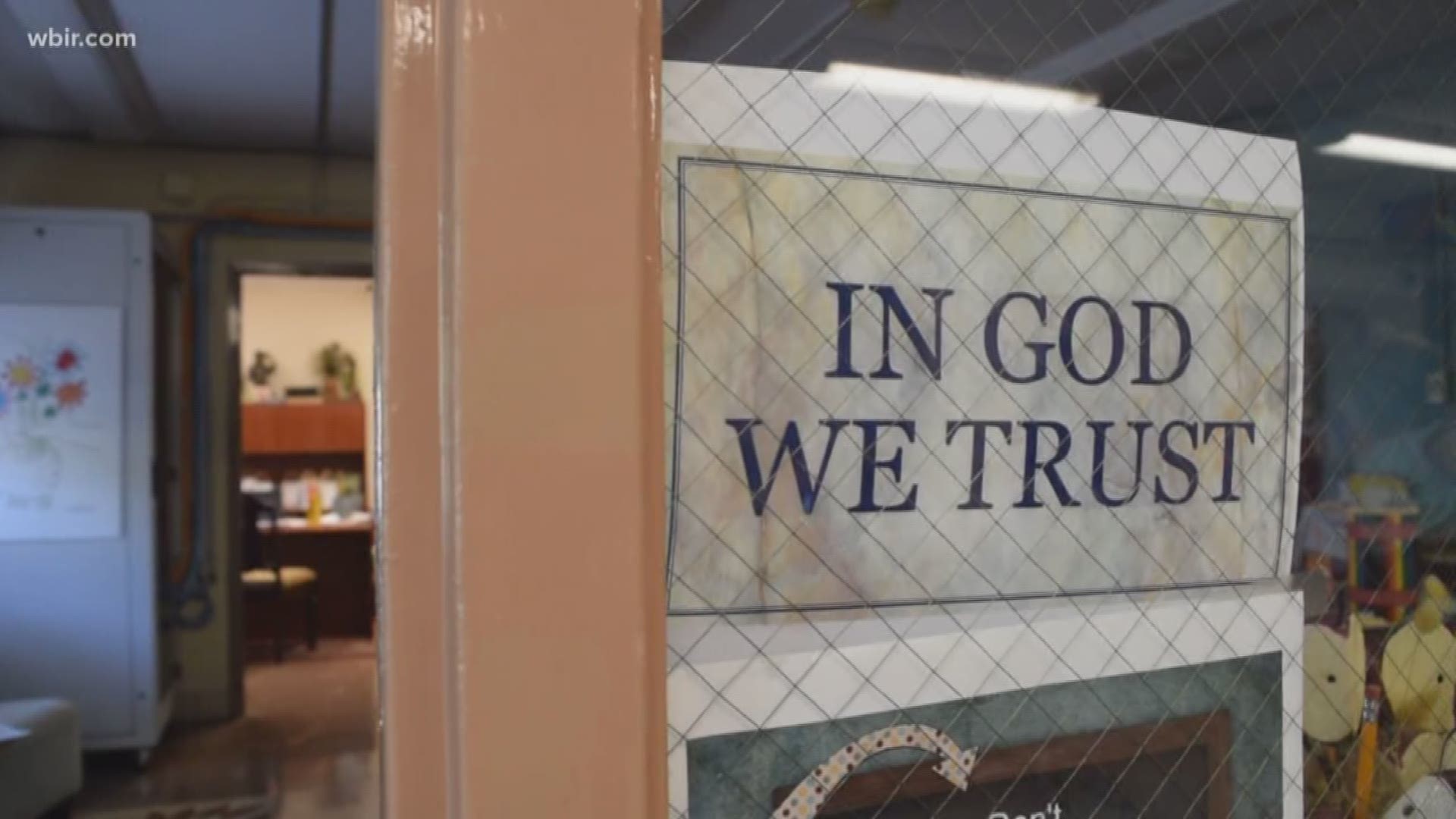 A new law in Tennessee requires the motto "In God We Trust" to be prominently displayed in every public school in the state.

The legislation overwhelmingly passed back in March. Now, with schools already in session or soon to be, some parents are sharing concern.

"I think it excludes people that don't believe in the Christian God," Mike Durham of Knoxville said.

Mike Durham lives in Knoxville, has a two-year-old and doesn't think it's fair for the kids who may not share the same beliefs as others.

Representative Susan Lynn sponsored this bill and recently said this:

Concerning TN license plates, "In God We Trust" was added as an optional addition to standard Tennessee plates after state leaders passed a bill in May 2017.

Many people on social media fully support the idea of displaying the motto in schools. That support carries over to South Knoxville Elementary where they have a sign up and the principal has plans to put up a bigger, more permanent display soon.

The Knox County Schools Public Affairs Director said they have provided each school with a poster for the schools to use if they wish.

"I don't really want the school system pushing them one way or another. I think it's up to the parent which I think most religious people would agree with," Mike Durham said.

While Mike Durham doesn't have to worry about this right now, he said he hopes something changes by the time his child is enrolled.