The candidates are running to fill the seat currently held by Senator Bob Corker, who decided not to run for re-election. 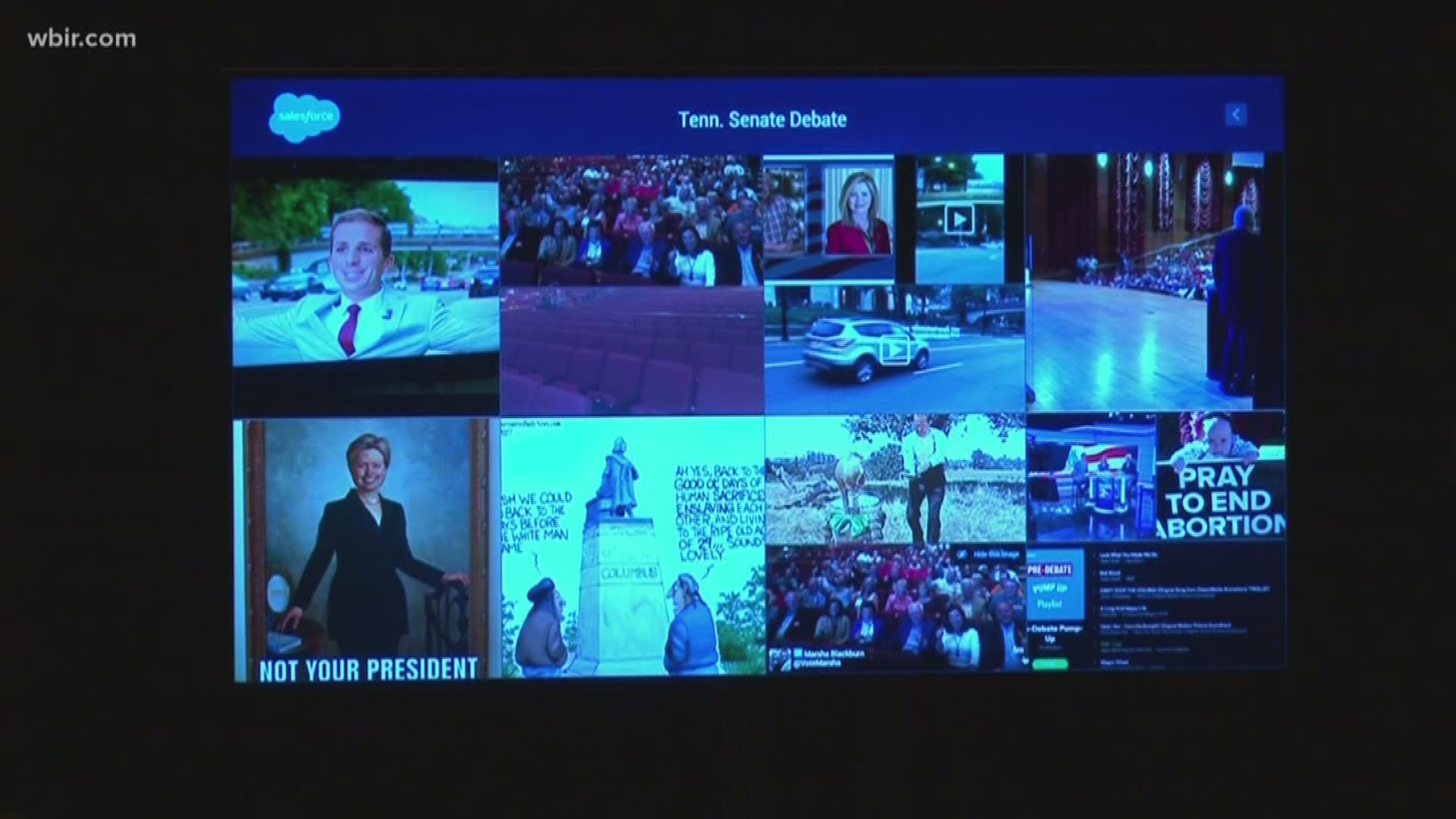 The candidates running for U.S. Senate in Tennessee squared off in Knoxville.

Republican Marsha Blackburn and Democrat Phil Bredesen held their second and final public debate ahead of the Nov. 6 election at the Baker Center on UT campus Wednesday night.

►Decision 2018: Your key to early voting in the November elections

Supporters for both Bredesen and Blackburn rallied on Cumberland Avenue Wednesday night.

The two candidates discussed their stances on a number of topics, including their thoughts on the controversy surrounding newly appointed Supreme Court Justice Brett Kavanaugh, healthcare, and gun control.

The candidates are running to fill the seat currently held by Senator Bob Corker, who decided not to run for re-election.

The debate was filmed on a closed set with no audience. UT hosted a live remote viewing event at Cox Auditorium in the Alumni Memorial Building at 7:45 p.m.

Following the debate, both candidates spoke about their final thoughts. Bredesen spoke about the importance of representing Tennessee in Washington D.C., saying he's hoping to bring change to the Senate floor.

"In a way, the most important issue is how to change that culture in Washington, because we're not getting anything done," Bredesen said. "I just walked away from tonight feeling like nothing was going to change unless you start changing some of the people. That's why I'm running for this office."

"As you know and as I've said, I'm running to bring Tennessee values to Washington D.C. and put them to work.... getting things done that Tennesseans want to see done," she said.

As the debate went on Wednesday night, two from UT began watching Twitter as the tweets came rolling in.

Courtney Childers and Brandon Boatright with UT's Adam Brown Social Media Command Center said about 4,000 tweets were posted about the debate in the first 30 minutes.

The two were analyzing the debate in real-time, trying to figure out a correlation between how people talk about politics online and how they might vote.

Boatright said about an equal number of tweets were posted between the two candidates using the #TNSenateDebate hashtag.

""With each question we see the key words change, and spikes in both volume and sentiment associated with those key words," Boatright said.

When the candidates began discussing Kavanaugh, health care, gun control and immigration -- the team said they noticed those words began to spike on Twitter.

Even though there was no physical audience present for Wednesdays debate, the two said social media helped fill the need for immediate reaction.

"They want to be active. There was no audience for the debate tonight, so being active on social media kind of makes you feel like you're part of that audience," Childers said.