Tennessee lawmakers fired back at California during the last general session by penning Senate Joint Resolution 111. 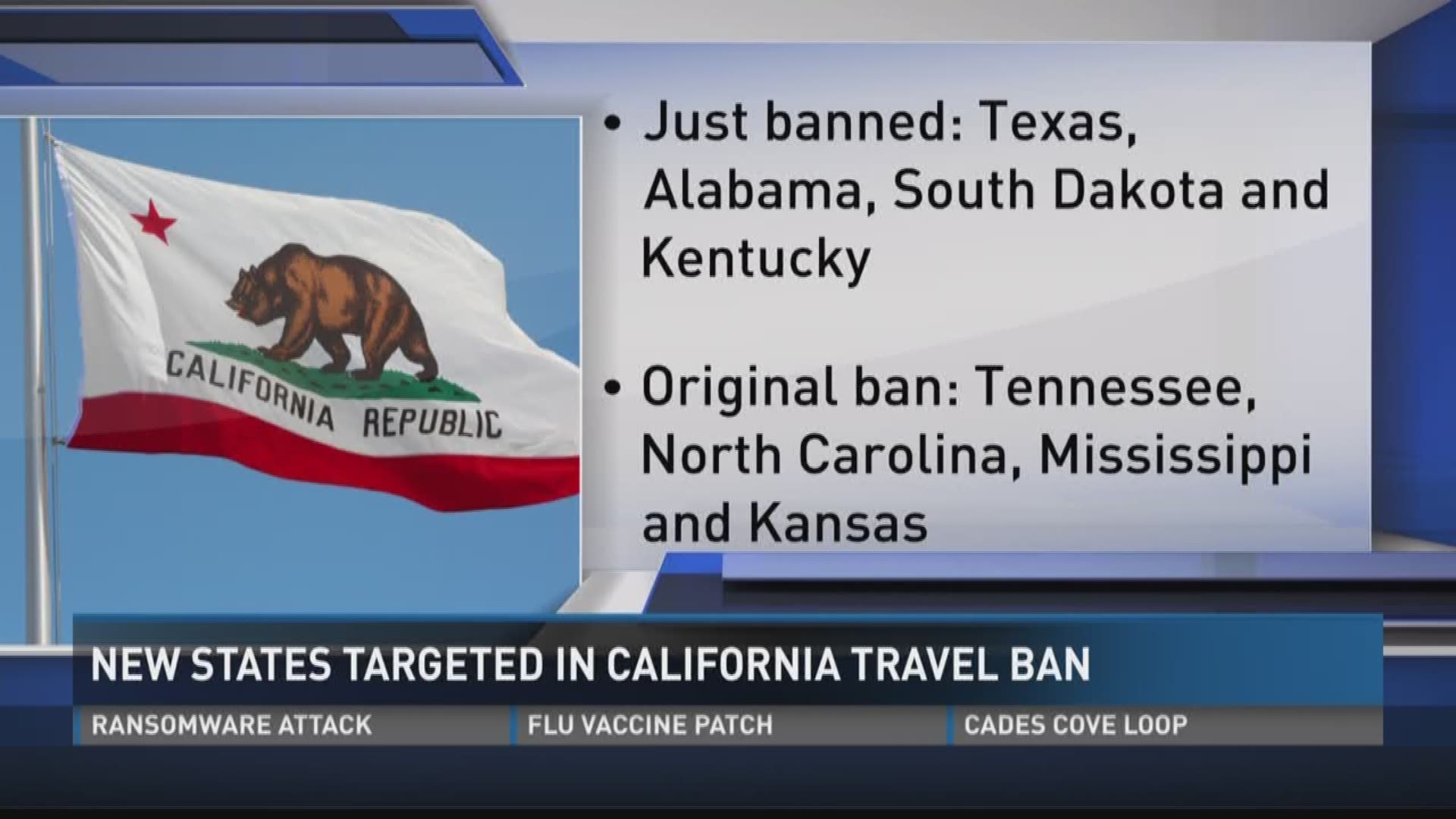 California has added four new states alongside Tennessee to its travel ban list for violating terms listed in a resolution lawmakers drafted in 2016.

California's AB 1887 imposes state-funded and state-sponsored travel bans to any states that pass legislation it deems discriminatory to groups of people, particularly against lesbian, gay, bisexual and transgender people. The ban was passed initially in response to North Carolina's "bathroom bill" that required transgender people to use the bathroom corresponding to the gender on their birth certificate.

California imposed a travel ban against Tennessee that took effect on January 1 in response to a statute signed by Governor Bill Haslam in 2016 that allows mental health counselors to reject patients on religious beliefs. The American Counseling Association claimed the bill was discriminatory to the LGBT community.

Governor Haslam said the statute contained provisions that required those counselors to refer their client to another counselor who would serve them.

Tennessee lawmakers fired back at California during the last general session by penning Senate Joint Resolution 111. The resolution calls for leaders to ban state-sponsored travel to any other state that has imposed a travel ban, specifically calling out California with sharp jabs at the state.

One portion of the resolution questions the economic logic behind the ban, saying "Tennessee is pleasantly surprised that California will not be sending its economic development teams to Tennessee to recruit our businesses, but we can still send our teams to recruit their businesses."

The resolution ends by urging other states from not imposing "unfounded moral judgment on their sister states as California has done in order to prevent escalating foolishness," calling California's AB 1887 a "type of blackmail."

Governor Bill Haslam signed the resolution back in May.