Tennessee Spirit was the only program in the nation to place all three teams in the top three of each division. 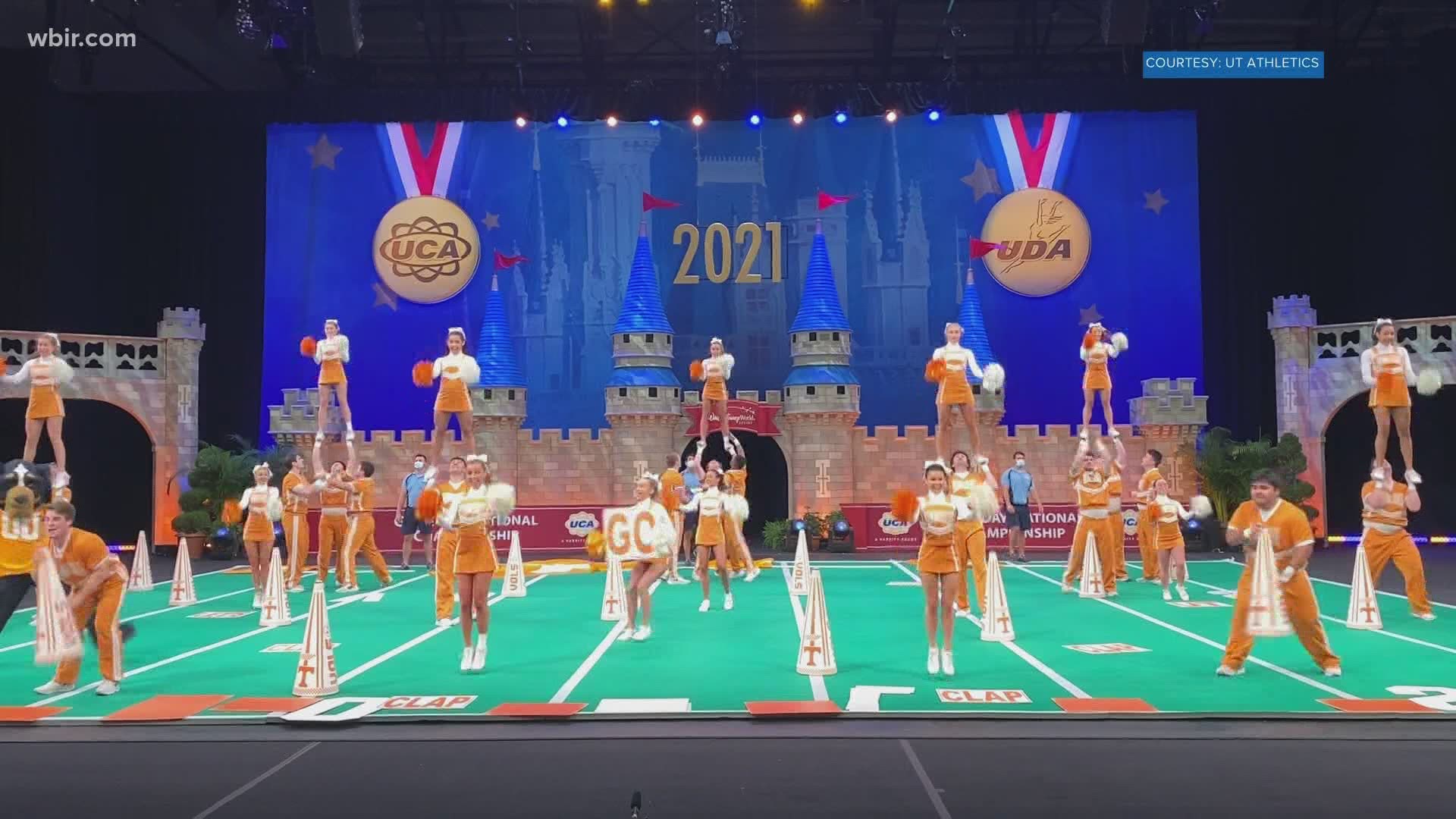 ORLANDO, Fla. — The Tennessee Spirit program claimed two national titles on Wednesday and was the class of the field for a second consecutive year at the 2021 UCA and UDA College Cheerleading and Dance Team National Championships, according to Tennessee Athletics.

The cheer team defended the program's first national title from 2020 by winning the national championship in the Division 1A Game Day competition.

The dance team, having previously won a total of six national titles in its storied history, added a seventh title to the collection. This year's title came in the Division 1A Game Day category.

Smokey came just .1 points short of claiming the Division 1A Mascot National Championship, finishing second to Aubie from Auburn University, after placing first in the semi-finals on Tuesday.

Tennessee Spirit was the only program in the nation to place all three teams in the top three of each division. Tennessee also serves as the only team from this year's competition to claim national titles from two of its teams, Tennessee Athletics said.

The dance team claimed a pair of third place finishes in the finals, which came in the Division 1A Jazz and Division 1A Pom routines.