The updated plan will also prioritize providing vaccines to older Tennesseans as the phases progress. 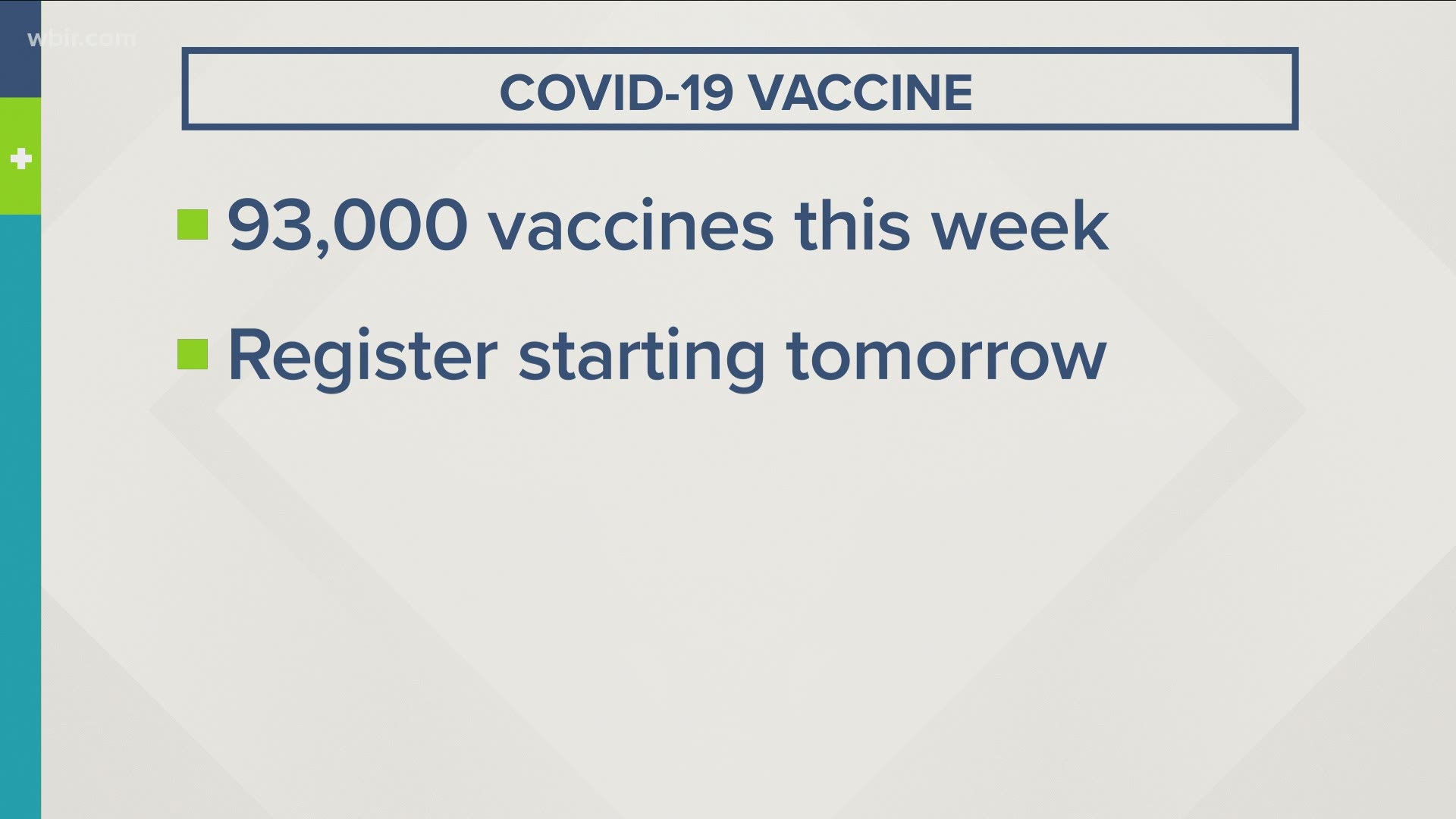 NASHVILLE, Tenn. — The Tennessee Department of Health released an updated COVID-19 vaccine plan, saying it will now also provide vaccines in phases based on a person's age.

The age-based vaccination schedule will run parallel to the risk-based phases, and has moved on to people 70 and older, and then move down the line to younger age groups in later phases.

TDH Commissioner Dr. Lisa Piercey said the risk-based plan is still vital to protect people who are most at-risk to exposure to COVID-19, such as front-line health care workers and first responders.

"Risk is so important when we develop these phases. People get their feelings hurt and think these phases are due to someone's importance or worth. But it's done to address risk," she said.

The state's risk-based plan focuses on preventing risks to health care infrastructure to ensure hospitals can operate at maximum capacity, individual health of the most vulnerable populations, and the workforce.

The risk priorities have also shifted since the initial plan. The most at-risk people living in long-term care facilities were moved to the very top of the priority, and educators were moved higher up.

The current timeline estimate shows the state expects to have vaccines distributed to all the higher risk groups and available to those least at-risk in the general public (people 35 and younger without health issues) by summer or fall.

“COVID-19 vaccines remain limited at this time, and Tennessee’s allocation plan prioritizes those most at risk of illness and death from COVID-19,” Piercey said. “The plan also prioritizes critical infrastructure workers who have direct public exposure or work in environments posing a higher risk of exposure to the virus that causes COVID-19.“

Piercey said the state decided to add age-based priorities because the data shows a clear relation between older age and serious COVID-19 infections.

"There is a very distinct link between age and poor outcomes. Those who are 65 and older account for more than half of all hospitalizations and 80% of deaths," she said.

Currently, most of the state is still working through the first phases of the vaccine plan to vaccinate COVID-19 unit healthcare workers, first responders, and people in long-term care facilities.

All counties in East Tennessee are at least to the second portion of phase 1 -- which includes offering vaccines to all remaining non-COVID unit healthcare workers and funeral/mortuary staff.

All 89 of Tennessee's 95 rural counties have moved on to vaccine people 70 years and older, and many are nearly ready to move to the next phase of offering vaccines to educators and people 65 and up, including Hancock, McMinn, Meigs, Rhea, Roane and Union counties.

"We know how critically important schools are to the functioning of our society," Piercey said.

You can see the latest phase counties are in at this link.

"Demand is going to be different in every county," Piercey said, saying the demand depends not only on population, but also the number of people who are hesitant to receive the vaccine.

Piercey said she is encouraged, though, by polling and activity in hospitals showing a higher acceptance of the COVID-19 vaccine than expected. In some cases, she said more than 90% of staff at some hospitals lined up to receive the vaccine.