"As it relates to coal ash, sampling results ranged from non-detectable amounts, amounts too low to quantify, or trace amounts," TDEC said. 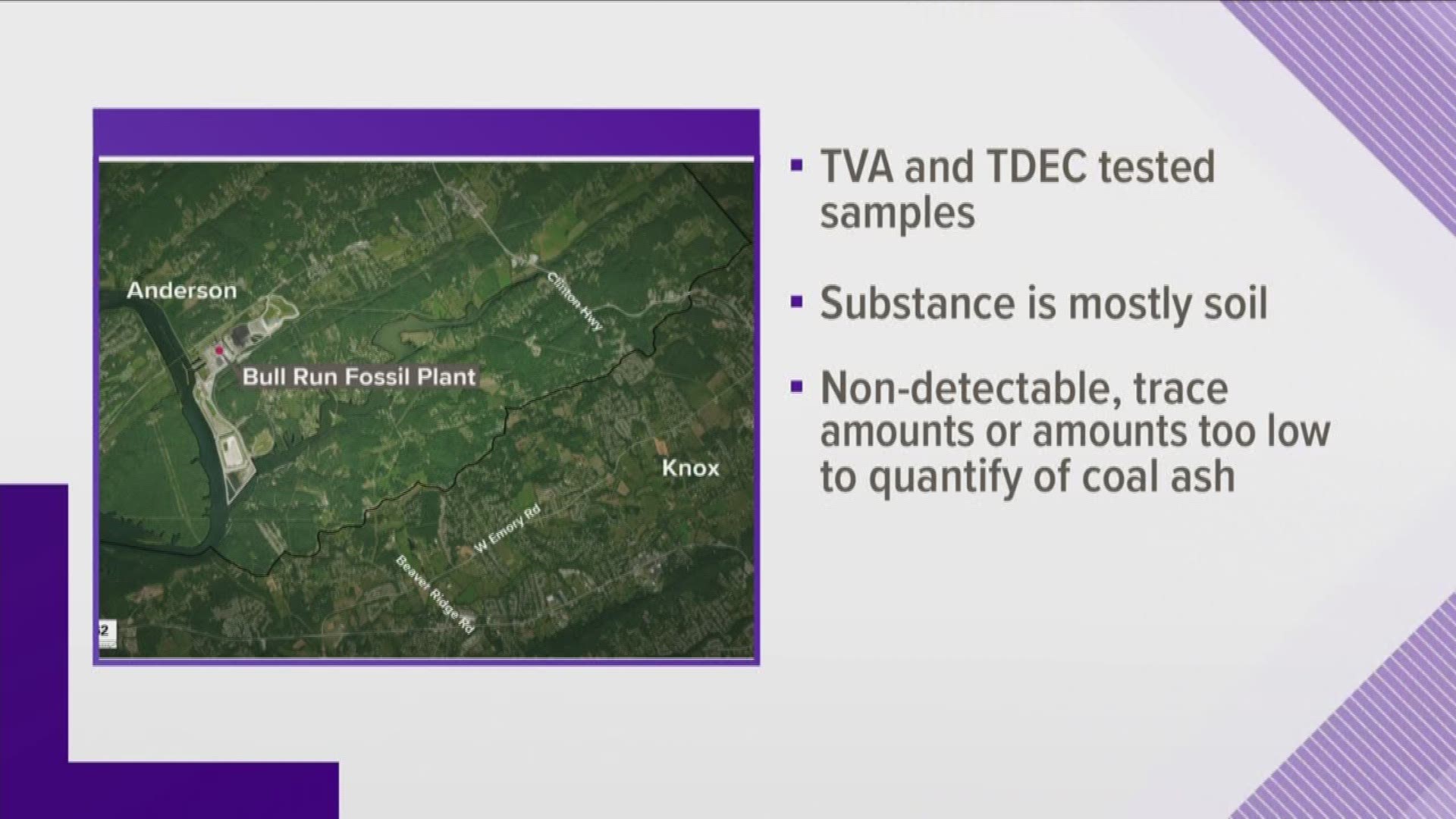 CLAXTON, Tenn. — Airborne material found last month near Tennessee Valley Authority's Bull Run Fossil Plant turned out to be just soil, according to the Tennessee Department of Environment & Conservation. The department tested it after people living near the plant reported seeing a substance floating in the sky.

Both TDEC and TVA officials took their own samples for testing, but the TVA maintained the substances weren't coming from the plant near Claxton.

"TDEC takes the concerns of citizens very seriously, and in response to their direct requests, we independently conducted sampling of the material in the area. We also reviewed lab results from samples taken by TVA and citizens," TDEC Deputy Communications Director Kim Schofinski said.

She said all results indicated the vast majority of the material was soil.

"As it relates to coal ash, sampling results ranged from non-detectable amounts, amounts too low to quantify, or trace amounts," she said.

Some residents feared the substances could be coal ash, parts of which can be toxic.

TVA spokesman Scott Brooks said in a statement Thursday the utility giant collected 11 samples and received three sample from a homeowner. It sent them to an independent lab for testing.

TVA said it strives to be a good neighbor.

"The safety of our employees and our friends and neighbors in the local community is always our priority," the statement reads.

TDEC is in the process of contacting homeowners who contacted it regarding the issue, Schofinski said.

In September, Brooks said Bull Run has state-of-the-art emissions controls, including equipment to limit particulate matter. He said plant personnel checked the equipment and found nothing to indicate the substance seen in pictures sent to them was coming from the plant.

Previously, they've known of flakes falling from the sky that turned out to be wood ash.

"TVA has received similar reports in the past and the material was traced to the offsite burning of wood, which created ash," Brooks said.