"In the course of our follow-up to these requests, our maintenance staff found instances of mold or suspected mold in a number of South Carrick Hall student rooms," according to a note sent to students Thursday. 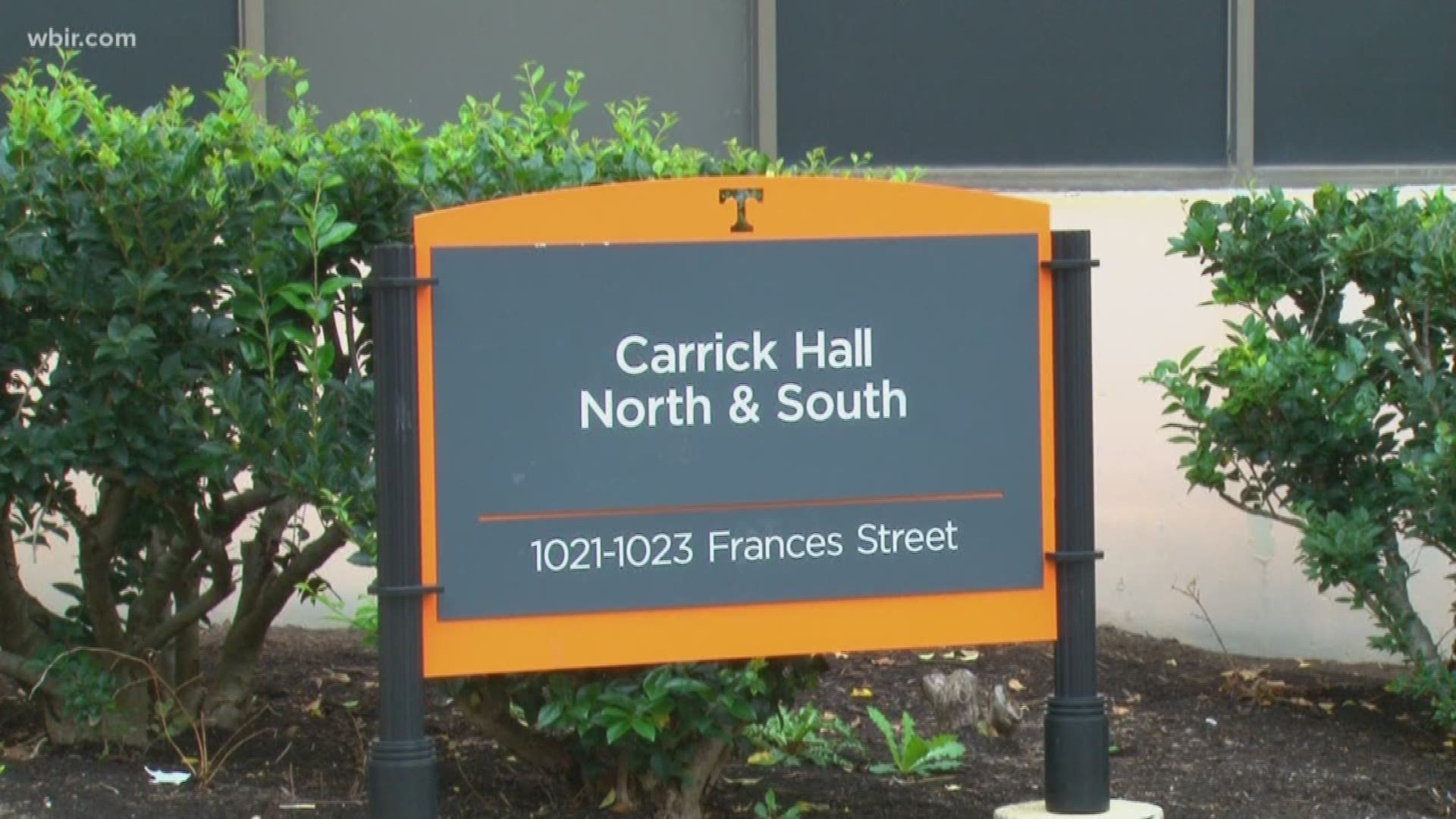 Students living in South Carrick Hall at the University of Tennessee will have to have to study in common areas during the day while crews remove mold in some rooms next week.

The university said tests were conducted at the residence hall earlier this month after an increase in mold or humidity-related maintenance requests.

"In the course of our follow-up to these requests, our maintenance staff found instances of mold or suspected mold in a number of South Carrick Hall student rooms," according to a note sent to students Thursday.

Several halls were tested but South Carrick Hall was the only one where mold was detected, according to the university.

"While test results did not indicate an immediate health concern, University Housing has decided to contract with an independent, private contractor to perform remediation for South Carrick Hall," the notice said. "Belfor Property Restoration is a certified microbial remediation company who works with the state of Tennessee on remediation across the region."

Belfor will begin working in South Carrick Hall on Oct. 1, according to the release. They will service student rooms and common areas HVAC units.

"Remediation will include removal of the HVAC fan coil units, cleaning of those units with an antimicrobial and antifungal agent, complete replacement of all insulation within each unit with mold and microbial resistant insulation, and replacement of the cleaned fan coils," the notice stated.

Students affected by the work will be notified and told which date the work is schedule for their room. They will have access to study spaces and common areas in the residence hall during that time.

"After work is completed on each section, students can return to their living space. We apologize for the inconvenience this presents and request your patience," the notice said.

Work is set to take place on Mondays through Saturdays between the hours of 9 a.m. and 7 p.m.

UT Housing said each day, only 12 to 14 students will be affected for the time frame. Only half a floor per day will be impacted over the course of roughly 22 days.

According to UT Housing, thorough testing was conducted in and around student rooms in South Carrick Hall where suspected mold was found as part of the university's Mold Response Protocol.

Testing included air quality samples collected by UT Environmental Health and Safety, which was analyzed at an independent lab.

Air testing indicated there were no airborne pathogens or mold spores to be concerned about in residence hall rooms, according to UT Housing.

"While mold growth was found in the mechanical components and insulation of the HVAC units of some student rooms, air quality testing did not indicate significant levels of airborne mold spores or other pathogens," the notice said. "The type of insulation in the South Carrick Hall HVAC units provides a conducive surface for mold growth and is used only in South Carrick Hall."

According to university housing, no evidence of Stachybotrys chartarum, commonly referred to as “black mold,” was found anywhere in South Carrick Hall. The university said the mold species found in the HVAC units of South Carrick are reportedly common to our region and pose no wellness risks to individuals with healthy immune systems.