That's a lot of carving! A look into Dollywood's upkeep of 12,000+ pumpkins

Here's what goes into the upkeep of more than 12,000 pumpkins for Dollywood's Great Pumpkin LumiNights event. 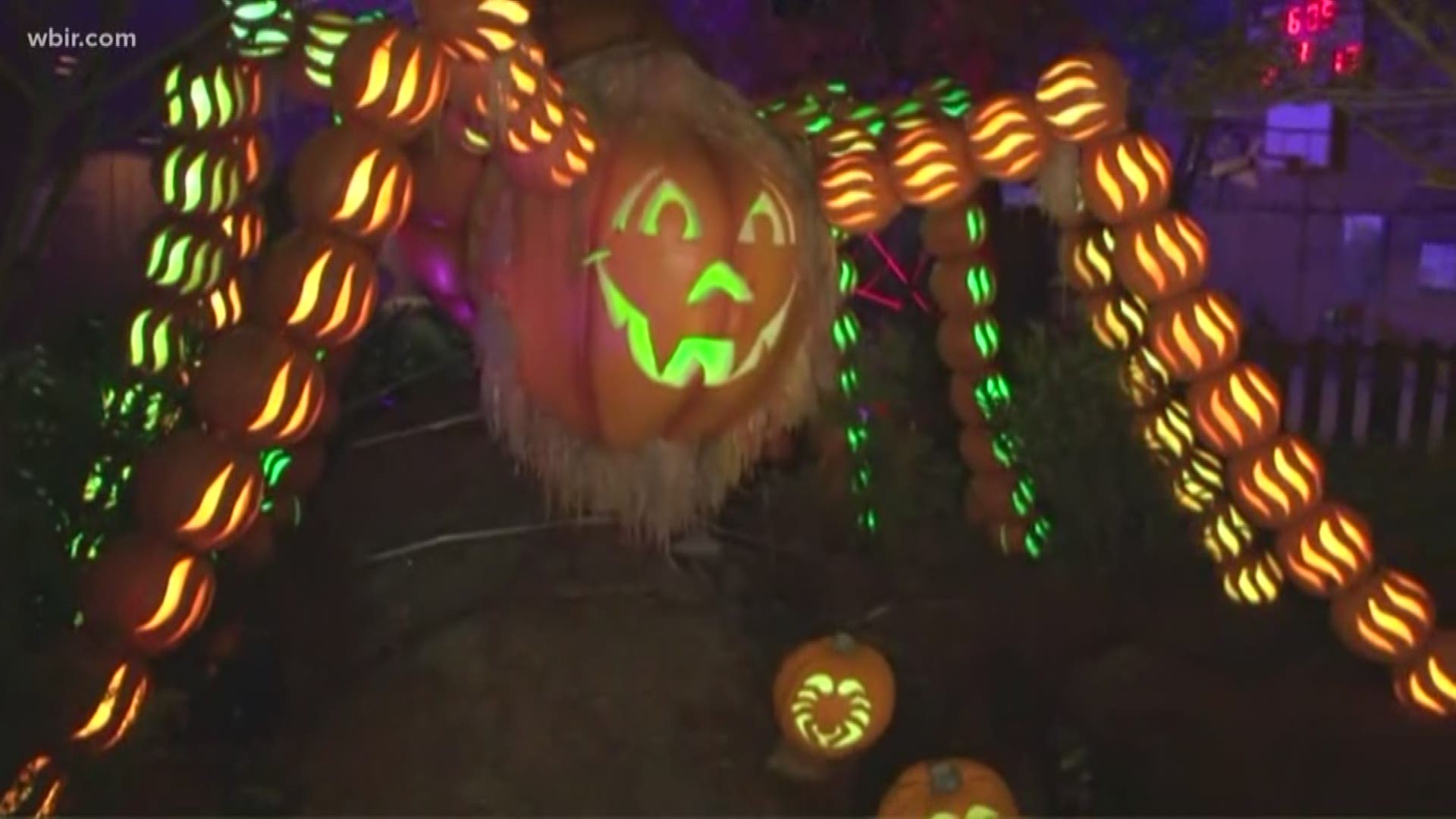 Dollywood's Great Pumpkin LumiNights event is back, but have you ever wondered what it takes to fill the park with thousands of hand-carved jack-o-lanterns?

It's quite a bit of work, actually, especially with the event having started earlier during a warm spell.

Dollywood said the festival features more than 12,000 pumpkins, and they have teams working to rotate and keep the pumpkin displays fresh.

The heat and the rain drastically reduces the lifespan of the carved gourds, so in order to keep Pumpkin LumiNights from featuring piles of illuminated mush come Halloween -- a team was assembled.

Sandy with Dollywood's Special Events team said unless it's nice and cool, the pumpkins generally only last about 3 days before they need to be replaced. When it's cool, she said they last a couple days more.

In order to keep up with the pumpkin demand, a team of seven carvers were employed to cover 8-hour shifts every day of the week. The team goes around checking each of the pumpkin displays to make sure they are still fresh, swapping out the bad ones.

"You know you've given a good presentation to the guest who come that night, and they'll have nice, fresh pumpkins to see," Sandy said.

Dollywood said the team has experimented with ways to keep the pumpkins fresh for longer, including ice and bleach bath treatments, and craft sealant. So far, though, they said nothing they've tried made a big difference for the pumpkins' lifespan.

The Great Pumpkin LumiNights event runs until Nov. 2, so you still have plenty of time to check out all the glowing jack-o-lanterns.