The Body Farm: How 3 obscure acres became a world-class research center for the science of death

Dr. Bill Bass started it in 1981. The first of its kind, it's now a nationally recognized resource in forensic anthropology. 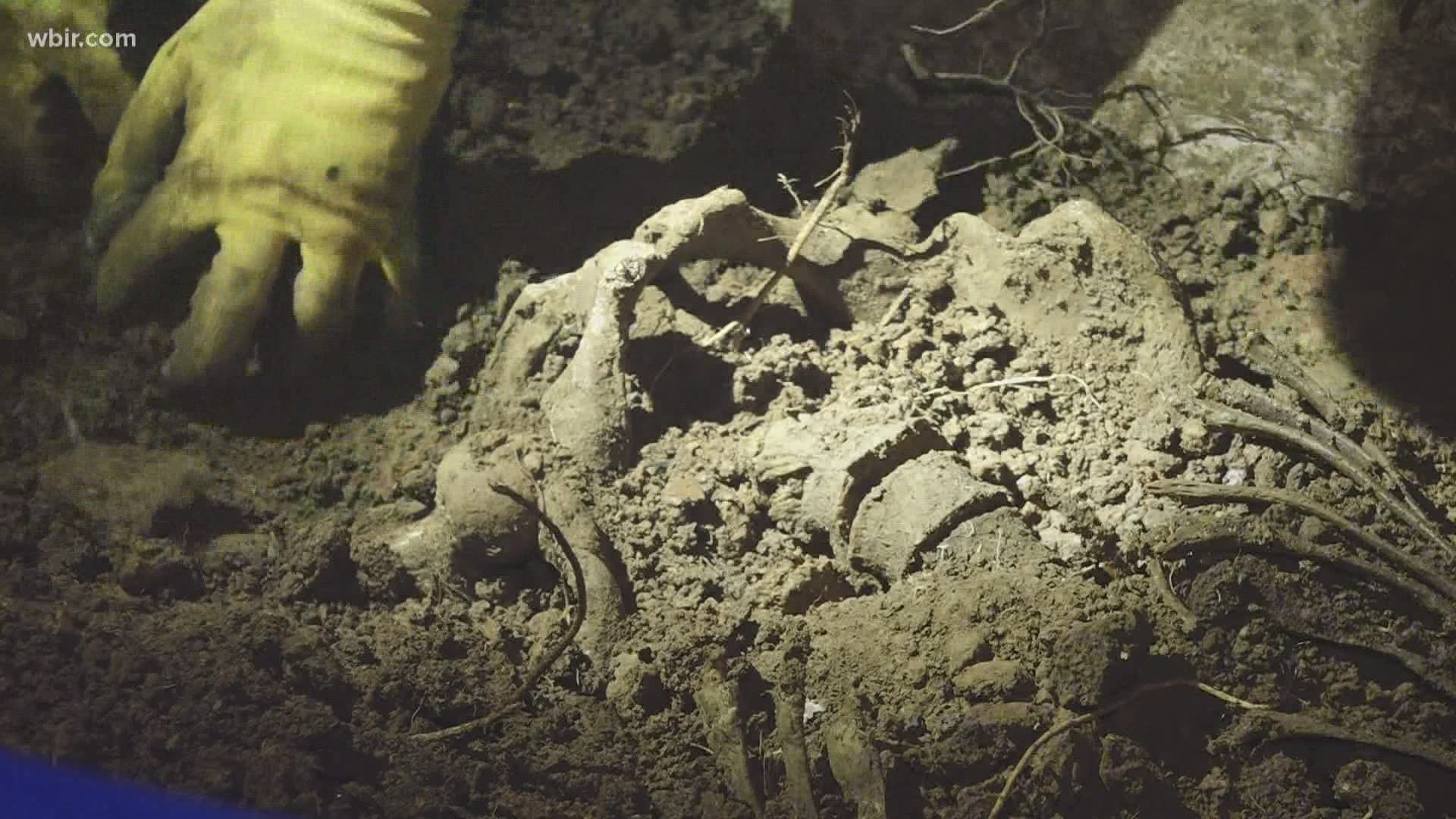 KNOXVILLE, Tenn —
Editor's Note: WBIR is reporting this week on the evolution of the University of Tennessee's Body Farm. This is the first installment.

It all started because Dr. Bill Bass needed a place to keep the corpses.

Police and medical examiners across Tennessee in 1971 started calling on the forensic anthropologist to help them figure out how long some people had been dead. The genial Bass would happily take a look at a body. But he had no place to put it.

After sticking a dead man from Clarksville, Tenn., in a restroom near his office beneath Neyland Stadium, Bass got such a chewing out from an unhappy janitor that he knew things had to change. He went to the dean at UT.

"I said, Dean, I need some land to put dead bodies on," the retired University of Tennessee professor, now 92, recalled.

From that macabre request, Bass and the UT scientists and students who have followed him have created an internationally recognized center for the study of decomposition of the human body.

At any given time, dozens of cadavers rest on or in the three or so hilly acres near the University of Tennessee Medical Center.

Experimenters test hypotheses on the science of death. Law officers learn the basics of decay. Prosecutors from outside the United States study the phenomenon of mass graves and take what they've learned back to their home countries.

And people - instead of spending eternity in an urn or coffin -- become willing testing grounds in the name of science. More than 5,000 people have pre-registered to donate their body there when they die.

Director Dawnie Steadman said the Forensic Anthropology Center, which includes the Body Farm, really gets to shine when researchers can tackle broad topics that cross multiple fields of study.

"The interesting questions are the ones that go beyond any one discipline," Steadman said. "For all the grant proposals we have written, we've always included DNA, soil sciences, chemistry and other sorts of disciplines and really brought people together to think deeply about forensic science and its  application to criminal justice problems.

"I think that’s something the Forensic Anthropology Center does really well is bring people together to look at these big, big problems.”

From Bass's big idea have sprung generations of forensic anthropologists who now teach and research across the United States and beyond. Because of his initial interest, police now have a better idea how to investigate homicides and dead bodies.

The experiments go on today, and will almost certainly continue into the future, exploring questions that haven't even been imagined yet.

"What (Bass) has done for forensic anthropology locally --- I don't know if people here truly recognize what we have -- that Dr. Bass is here and the legacy that lives on through anthropologists across the United States, the teaching, I don't know if we realize that. But it's a pretty awesome thing for Knoxville," said TBI Special Agent Brandon Elkins, an admitted fan of Bass and what goes on at the place many still call the Body Farm.

The very first version of the Body Farm, today formally called the Forensic Anthropology Facility, actually started in a sow barn on a farm where UT used to raise pigs near the confluence of the Holston and French Broad rivers. When Bass made the call in 1971 to the dean, that's what he ended up with.

But it couldn't accommodate the growing demand for space as the UT Department of Anthropology chief pursued a very basic question about which not so much was known: How does a body decay and what are the factors which influence that?

By 1981, the Body Farm would find a more established home in woods and scrub behind UT Medical Center above Fort Loudoun Lake. It remains there today.

"Nobody had done this before," Bass recalled. "It was the first facility of its kind in the world."

With the help of students, Bass built a little building. They had no budget to speak of, he said.

To the local press, Bass kindly asked reporters not to announce where the land was located. He didn't want to attract curiosity-seekers.

At first they operated without a fence but eventually realized that could not go on considering the nature of what they were doing.

Bass recalled they posted "biohazard" signs around to warn people about getting too close. The signs often disappeared, likely ending up in many a UT dorm room.

Fearful of the dogs and coyotes that might carry off human remains, they put corpses in protective cages.

"The facility itself was really quite small," said Lee Meadows Jantz, an FAC associate director who has been at UT since 1985. "They had some burials outside the cage that they did the original buried bodies studies on. But that was really it. There were far more forensic cases than body donations."

And then they began to watch what happened -- as the bodies sat outside in the weather and the blowflies smelled opportunity.

It may make some blanch, but one of the Body Farm's contributions to forensic science has been understanding better how blowflies invade a body and what that can tell investigators about time of death.

Flies move very quickly once they detect a body in the elements. They look for cavity openings -- the nose, the eyes, the anus, the vagina -- to lay their eggs.

Maggots soon hatch and thrive, feasting on what's under a person's flesh.

By measuring the stage of insect invasion on a body, Bass could determine how long someone had been left outside in death. It's helped police answer the question they had for Bass all those years ago when he first got into forensic work: Just how long has that person been dead?

Years of studying dead bodies have taught students at the Forensic Anthropology Center many other things -- what  animals will move in to consume or occupy a body; the cleverness of predators that come to eat flesh; how bones scatter as a body decays; how a body reacts when left out in the winter versus what happens when left in the summer; the hundreds of chemical compounds emitted as a body decays and the airborne signature they leave behind; how the chemicals and medicines a person ingests in life can affect the way they decay in death; how bodies change when buried at various levels under concrete as seen through ground-piercing radar.

And many, many other areas of interest.

To Bass, the project remained "an obscure research facility" until writer Patricia Cornwell came along. In 1994, she wrote a Kay Scarpetta forensic mystery called "The Body Farm" that features -- briefly -- the Knoxville operation.

Practically overnight, the nation at large learned about this fascinating, if a little off-putting, center of study. The Body Farm became a pop culture star.

Today, there are a handful of human decomposition facilities in the United States, including in Florida and Texas. The body farm at Texas State University at San Marcos is billed as the world's biggest, much bigger than UT's.

While the original forensic research grounds remain in operation, UT has added the William M. Bass Forensic Anthropology Building on the site. It includes a classroom, an intake room to receive bodies and a laboratory.

When the center has finished research involving a donor's remains, that person's bones are brought to the anthropology building for processing. They then are numbered and catalogued and then stored in a massive collection of skeletal remains on the UT campus.

UT has what's billed as the largest modern collection of skeletons in the country.

The Body Farm was started by one man. Today, five women including Steadman lead the FAC, a reflection perhaps of the strong interest among women in anthropology and the forensic sciences.

Bass formally retired about 25 years ago as UT professor emeritus, but he's hardly stopped working. The Staunton, Va., native, who lives in West Knoxville with wife Carol, has co-written with Jon Jefferson some 15 books highlighting his field of interest. Some are non-fiction; some are fiction involving a forensic scientist named Bill Brockton.

Bass, who turns 93 in August, also makes public appearances and gives public lectures, including one set for Monday in Knoxville at the Knox County Public Defenders Community Law Office.

His influence is profound in the advancement of forensic anthropology, colleagues said. None of what exists today at UT would be there if it weren't for Bass, said Giovanna Vidoli, FAC associate director.

"This program is built in large part on his legacy. We have, of course, moved forward from that. As you have noticed, it's all women who are senior members of the Anthropology Center. The program has grown, training has grown."

Bass said he's most proud of the students and scholarship that have emerged from the program itself.

"I hate to say it, but I was one of the first to teach students in human identification, and they've done well." 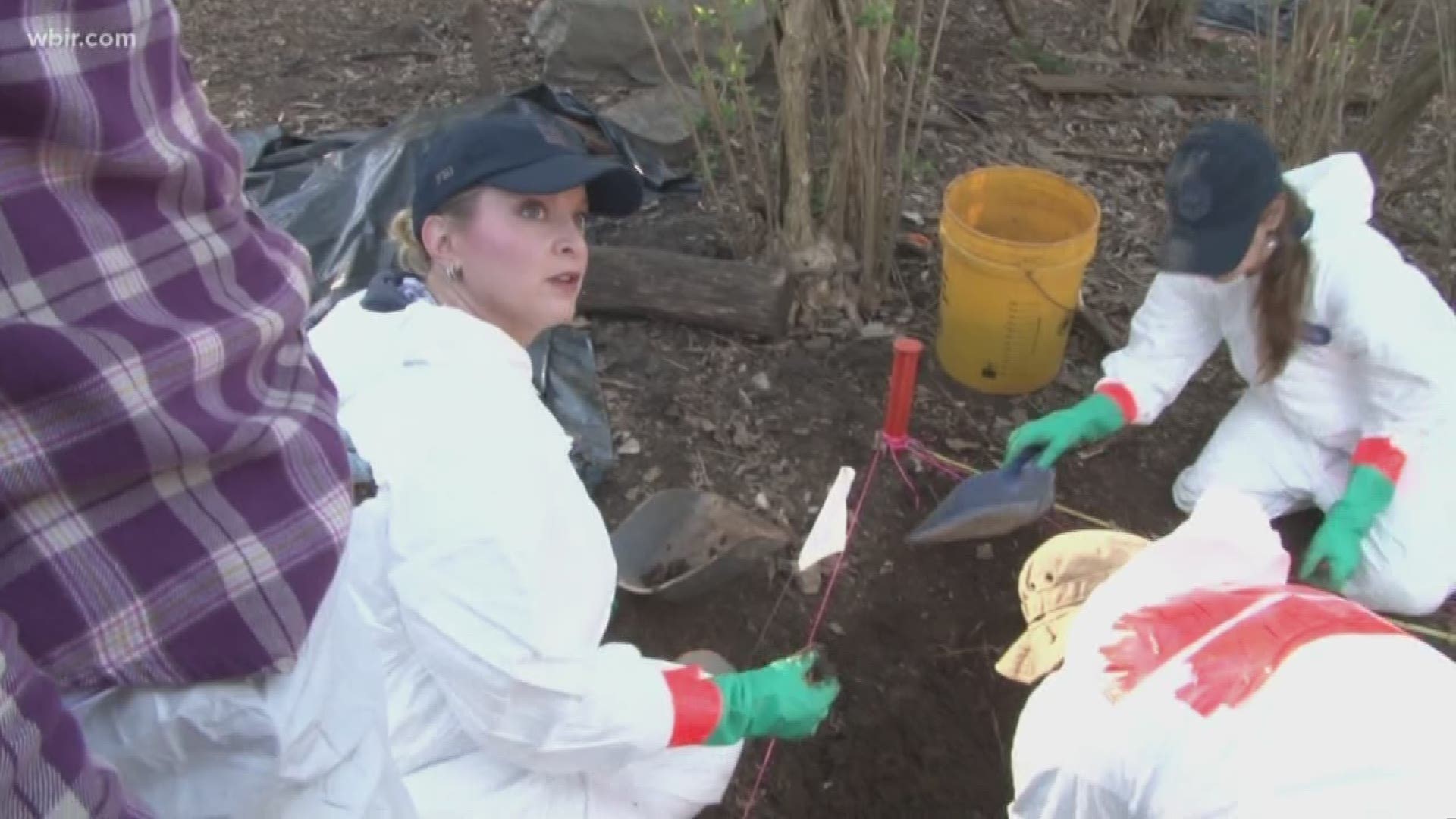