As we approach the 20th anniversary of the 9/11 attacks, we remember the nearly 3,000 people who died that day including 343 New York City firefighters. 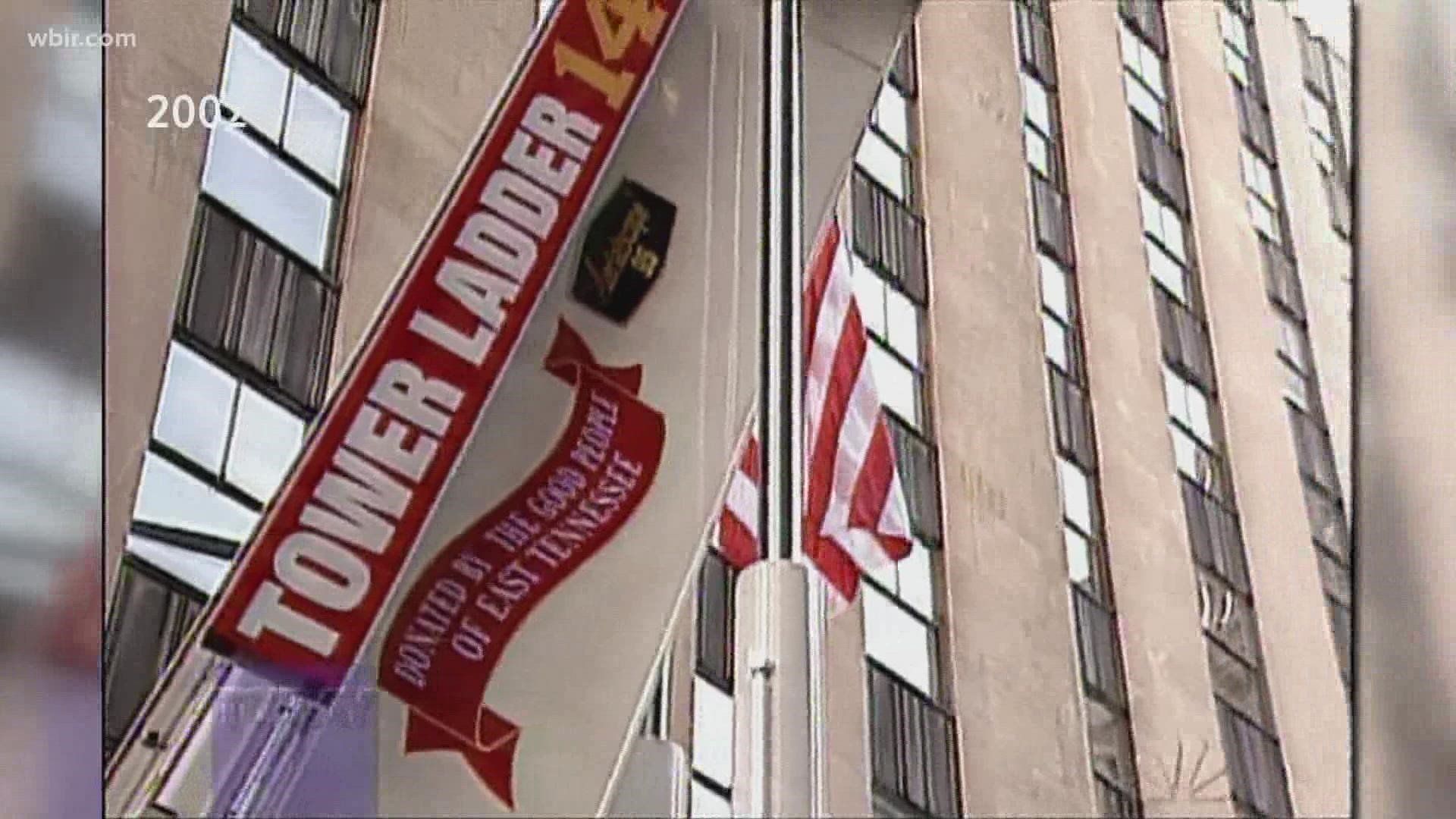 KNOXVILLE, Tenn. — A door from a fire truck hangs on display at the Museum of East Tennessee History. It was a gift to New York after 9/11.

When the World Trade Center towers disintegrated into dust, thousands of people died and nearly 100 of the city’s fire trucks that responded to the disaster were destroyed.

Victor Ashe was Knoxville’s mayor at the time. He and other community leaders came up with the idea to buy a fire truck for the New York City Fire Department.

East Tennessee rallied to raise the money and people responded.

School kids made and sold flag pins. Others donated change from their piggy banks. Phones rang off the hook at a telethon hosted by WBIR.

“It was everything from two kids who brought in $2.30 in pennies to corporate people writing $20,000 checks. We raised the money,” Ashe said.

Six months after the attack the ladder truck was delivered to New York City where it was welcomed with plenty of fanfare.

Ashe and representatives from Knoxville businesses that sponsored the fundraising effort showed off the fire truck on NBC’s The Today Show.

For more than a decade the ladder truck did its job, keeping the city safe and saving lives. It was retired in 2013 and some of its parts were repurposed.

Ladder Company 14 held on to a piece of the Freedom Engine. Its bucket door now hangs in the fire station.

The companion door is part of a 9/11 exhibit at the Museum of East Tennessee History in Downtown Knoxville.

It represents a forever bond with New York City and a reminder to never forget.