There is a new form of mining in Washington County, and the development authority thinks it can have a lasting impact on the area's economy. 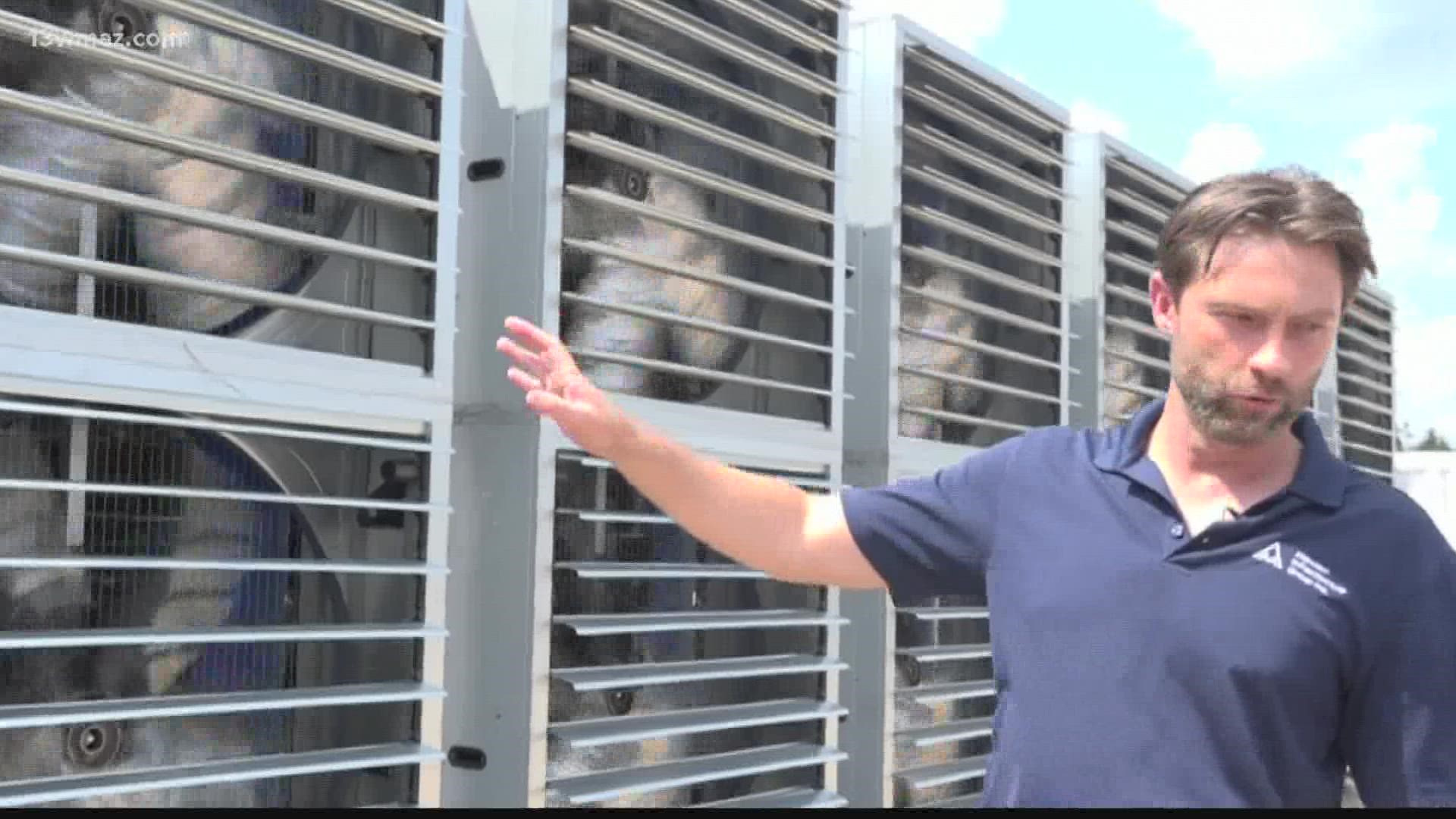 SANDERSVILLE, Ga. — Back in May, the Washington County Development Authority announced three new industries with over $80 million in investments.

One of them is bitcoin mining.

It's a term you've probably heard recently, but do you know what it is?

"The idea of mining and chipping away at mines for gold and silver, that's not the reality in terms of bitcoin," says Wilson.

So to mine it, he says there are a few requirements -- space, hundreds of computers solving algorithms, and a strong network.

Wilson says the last part is what makes Washington County an ideal location.

"Georgia has a lot of nuclear power, nuclear power is emission free, it's safe, and it's a fantastic source of power. We didn't want to be causing any damage to the environment, so that's why we chose Georgia," he says.

Wilson says so far, they have one acre of shipping containers full of mines, but a new agreement signed on Tuesday added more for future construction.

He says once it's all said and done, they'll need the manpower to monitor and make sure its running as it should be.

"We'll have about 50 full time roles up and running by the time the whole site is complete. At the moment, we've got 10 and we'll move to 50."

He says as construction continues, they'll be looking to fill more roles, and keep economic development growing in Washington County.

"Everything from site engineers, basically junior people in the I.T. industry, to laborers, we need marketing staff, admin staff, finance staff, we have a legal department that's based here in Sandersville as well."

With the lease officially signed on Tuesday, Wilson says they now have a total of about 16 acres of land in Sandersville to work with.