The little girl who survived a tornado: Harper Mynatt left the hospital today

Harper and her family lost their home in the March 3 tornado that hit Putnam County. She was in the hospital more than a month. 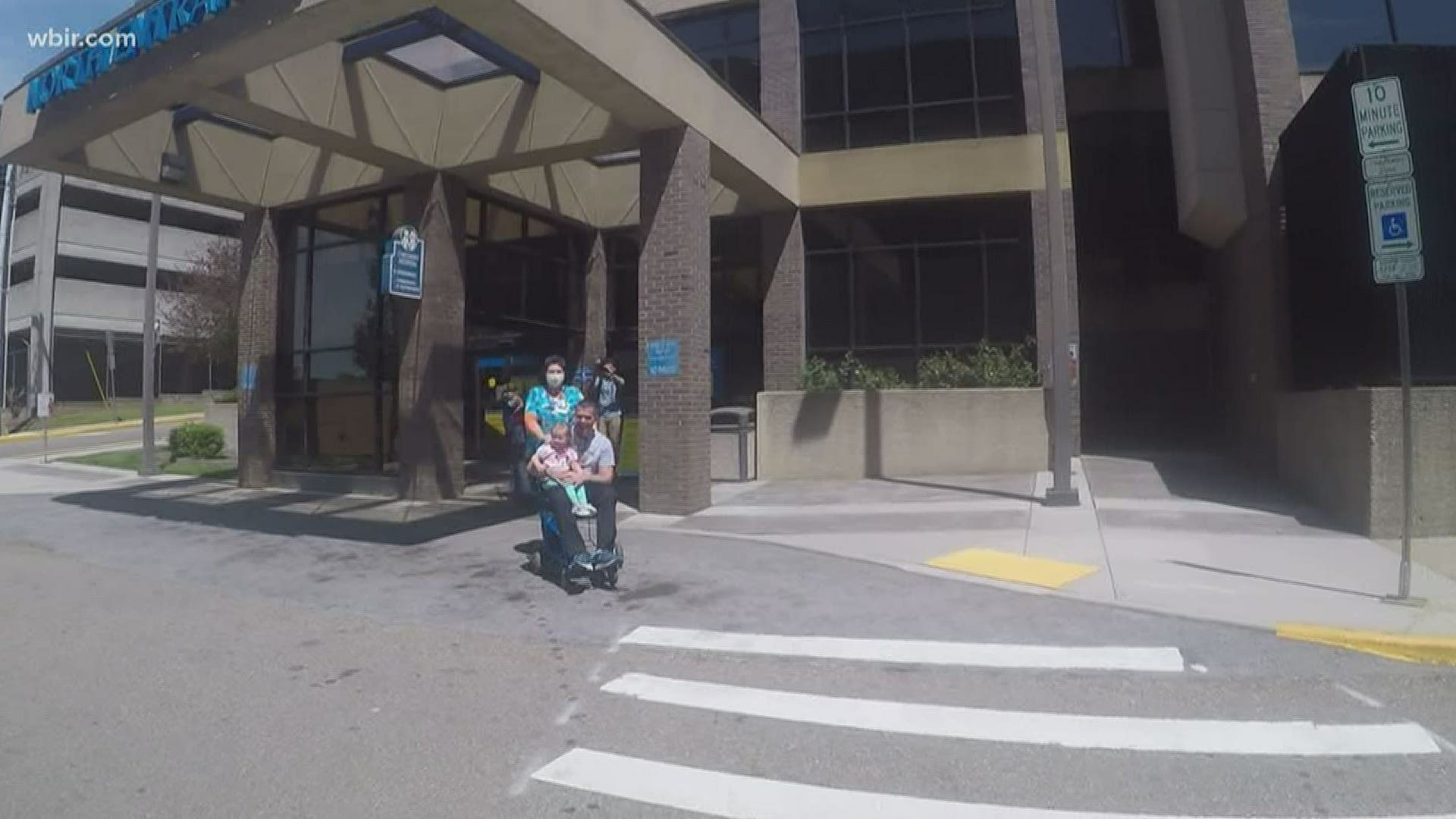 KNOXVILLE, Tenn. — More than a month after suffering a head injury in a tornado, 2-year-old Harper Mynatt left a Knoxville hospital to be with her family.

"We never wanted to be here, but it's been an amazing experience," father Chad Mynatt said with Harper, his wife, Jill, and their 6-month-old baby boy outside East Tennessee Children's Hospital.

The hospital provided video of the Mynatts leaving the hospital, along with an interview of Chad Mynatt recalling what Harper had been through.

RELATED: One found, one to go | Search continues for 2-year-old's "Lovie" lost in deadly tornado

She was admitted March 3 after the Mynatts, like dozens of other families in Putnam County, had their lives flung upside down by a fierce EF-4 twister. Nineteen people in the county died as a result of the storm, including several children.

It destroyed the Mynatts' home. Chad and Jill were holding their children when the tornado hit.

"Very quickly we could tell that we were all alive, but she was very hurt," he said.

A neighbor helped them get to the Cookeville hospital, Chad Mynatt said, where they stabilized her.

Then she was taken to University of Tennessee Medical Center and then on to Children's Hospital in Fort Sanders..

Harper, who turned 2 the day after the tornado, was in pediatric intensive care for about two weeks. The blow to the head clearly affected her brain function.

"When she first woke up, her left side wasn't moving very much. Her right side was moving a lot," Mynatt said.

She's eating on her own pretty well now, the father said, and she's back to playing with her old toys, including her favorite Elsa doll from "Frozen".

"She has come a long way. We prayed a lot. We had amazing doctors," Mynatt said.

Mynatt said he and Jill Mynatt  are forever grateful for the care the staff gave their daughter as well as themselves. The Mynatts suffered injuries as well, and staff there helped them get better, he said.

Hospital personnel stood outside and cheered as Harper and her dad rolled out from the building and emerged into brilliant April sunlight.

She'll continue to undergo therapy so that she can become fully healed.

A GoFundMe drive has raised more than $80,000 so far for the Mynatts.