The first day of early voting is Wednesday, August 11 with polls opening at 10 a.m. 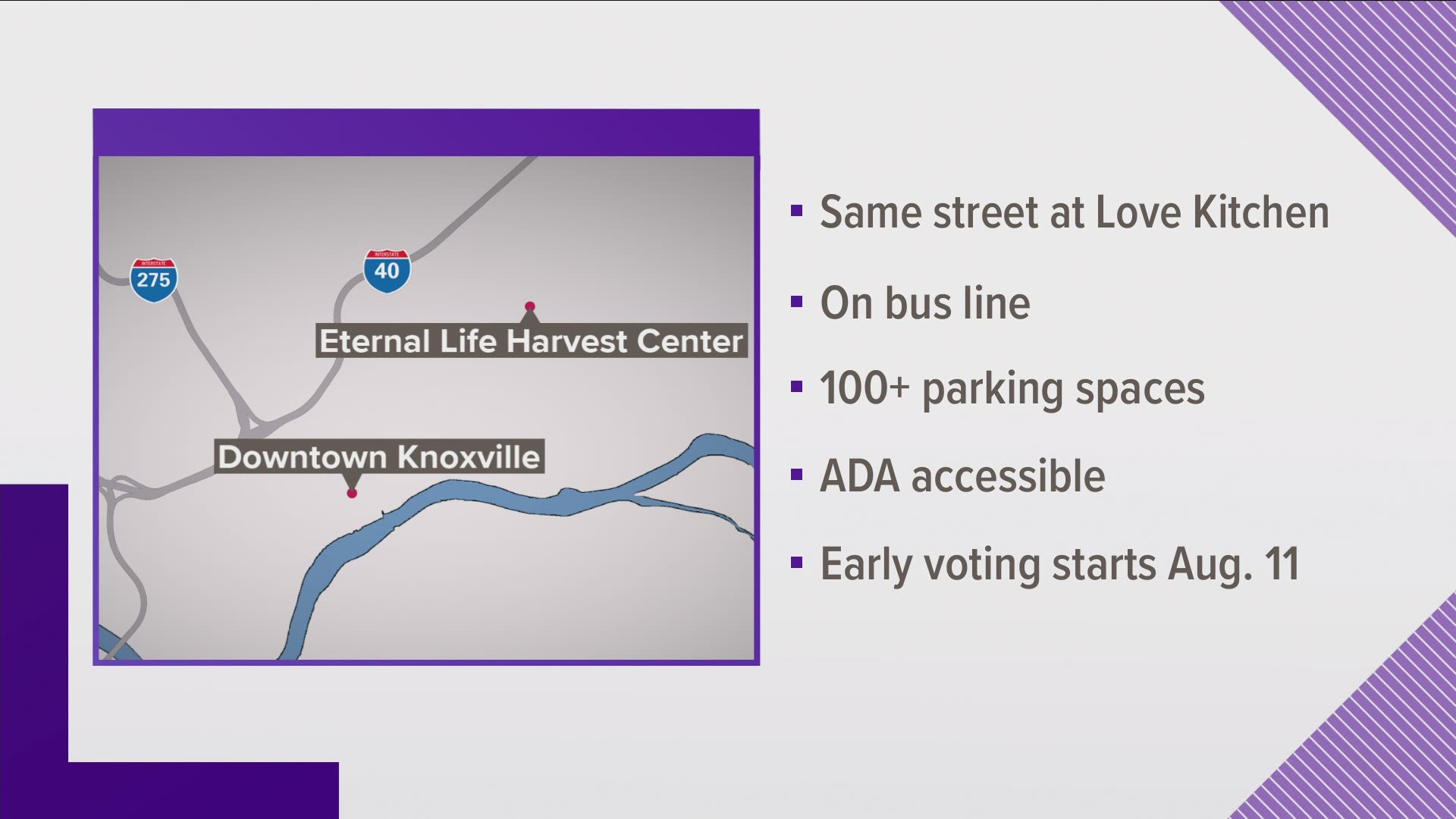 KNOXVILLE, Tenn. — The Love Kitchen in East Knoxville will not be an early voting location for the 2021 city election.

Knox County election officials said the ministry is expanding and needs to use the space that has long been used for voting.

"You never want to lose an existing relationship, particularly a long-term existing relationship that's been good to you and it's been mutually beneficial to both of us. but sometimes circumstances dictate and in their case, they're expanding their ministry and we want to thank them for what they've done for us," said Chris Davis, Knox County Election Administrator.

The harvest center was chosen because it is on the same street as the Love Kitchen. It is on the bus line and has over 100 parking spaces. There is also ADA access next to the door of the polling room.

Knox County typically has at least 10 locations around the county open for voters to cast their ballots early in each election.

The next election will be the city primary on August 31, followed by the city general election on November 2.

It is possible the Love Kitchen may be an early voting location again sometime in the future, just not this year.

The Love Kitchen was founded by sisters Helen Ashe and Ellen Turner who both wanted to help feed the less fortunate in their community. The sisters have since passed away, but the Love Kitchen continues its good work.