A room full of Pat Summitt's biggest fans, including her son Tyler, celebrated the opening of The Pat Summitt Clinic at UT Medical Center Sunday. 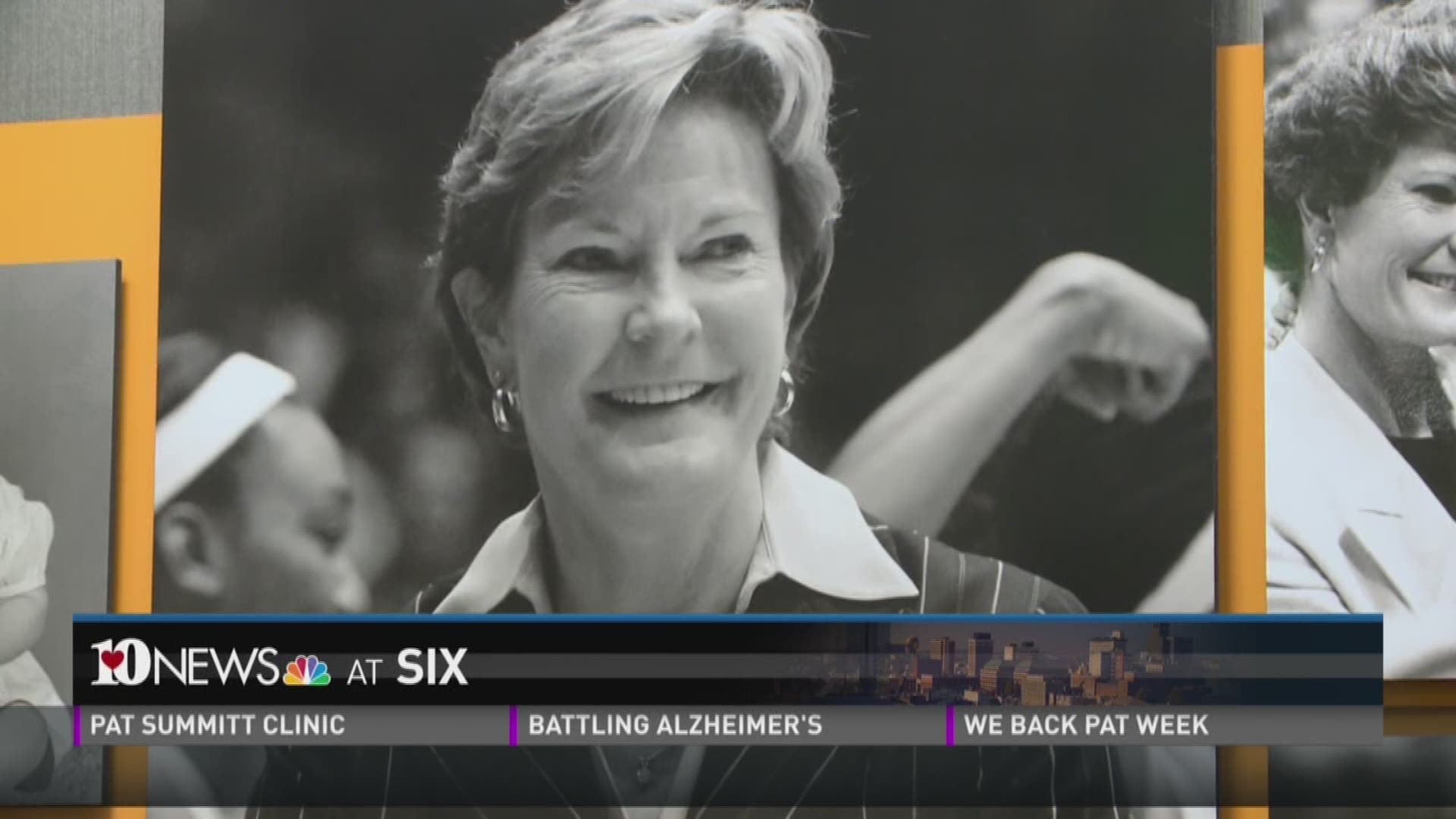 A room full of Pat Summitt's biggest fans, including her son Tyler, celebrated the opening of The Pat Summitt Clinic at UT Medical Center Sunday.

The clinic was a longtime goal of Pat Summitt, who passed away from early onset Alzheimer's in 2016 after announcing her diagnosis publicly in 2013.

Inside the clinic, there are mementos and signs of the legend herself everywhere.

"The entrance is just beautiful, the purple and orange and seeing pat's signature. It's spot on," Head Coach of the Lady Vols Holly Warlick said.
Pat's signature is the first thing you see before opening the doors at the clinic.
"I know my mom would be so honored and thankful that today happened because it took a lot of people to make this happen," Tyler Summitt said.
For Tyler, it's overwhelming, emotional but nevertheless exciting to know this clinic will help thousands of families battling Alzheimer's.
"One of her favorite quotes was, 'You win in life with people.' It wasn't about the championships or the wins, it was about the people, so I think this clinic will reflect that because of how much it's going to help the people," Tyler said.

Alongside doctors, UT medical staff and a current Alzheimer's patient, Tyler spoke before the ribbon cutting ceremony to a room packed full of his mother's biggest fans.
"I remember when she first got diagnosed. She said 'Ty, I want to win. I want to beat this thing,'" Tyler said with tears filling his eyes. "My mom has won. And this clinic is a proof of her continued victory. As you walk through this  clinic and you see the pictures of her. Mouth wide open. Staring. Intensity. That's what this clinic is going to do."
Alzheimer's patients like Lynn Pinkerman already feel the intensity to fight back.
"It gave me hope that if she can deal with it, then so can I," Pinkerman said.
Medical Director Dr. Roberto Fernandez said the clinic is centered around the patient and their needs.
"Everything is made to make it a soothing and welcoming environment," Dr. Fernandez said.
Tyler said his mother would be very proud of the clinic and its capacity to make a difference because, while a disease may try to take over, it should never make you feel defeated.
"Just because you are losing memories doesn't mean you cant create new ones and a lot of people they go into the shadows, they hide but my mom still lived. She went to ball games and having a good time what ever you can do. Take advantage of that," Tyler said.
The clinic's opening coincided with the start of 'We Back Pat' week, an initiative through women's basketball to raise awareness and funds for the fight against Alzheimer's. The week was created six years ago with the help of The Pat Summitt Foundation, the University of Tennessee and the SEC.
For more information on The Pat Summitt clinic, click here.